Our survey of holiday shows in Sacramento includes something new and a pair of evergreens. We start with  an original play at the B Street Theatre called “Spinning Into Light.” It’s a sweet little musical set in a textile factory in the rural South. The time is the early ‘50s, and the folksy music of Noah Agruss recalls that era’s Grand Ole Opry radio broadcasts.

Tara Sissom plays a factory girl bent on Nashville stardom. In this scene she delivers a motormouth routine worthy of Minnie Pearl.

Sissom: Ain’t it the truth, I do love to talk. I do. When I was little, teachers sent me to the nurse here at the mill and wanted to know why I talked so much….” (and on and on) “You think there’s something wrong with that?” 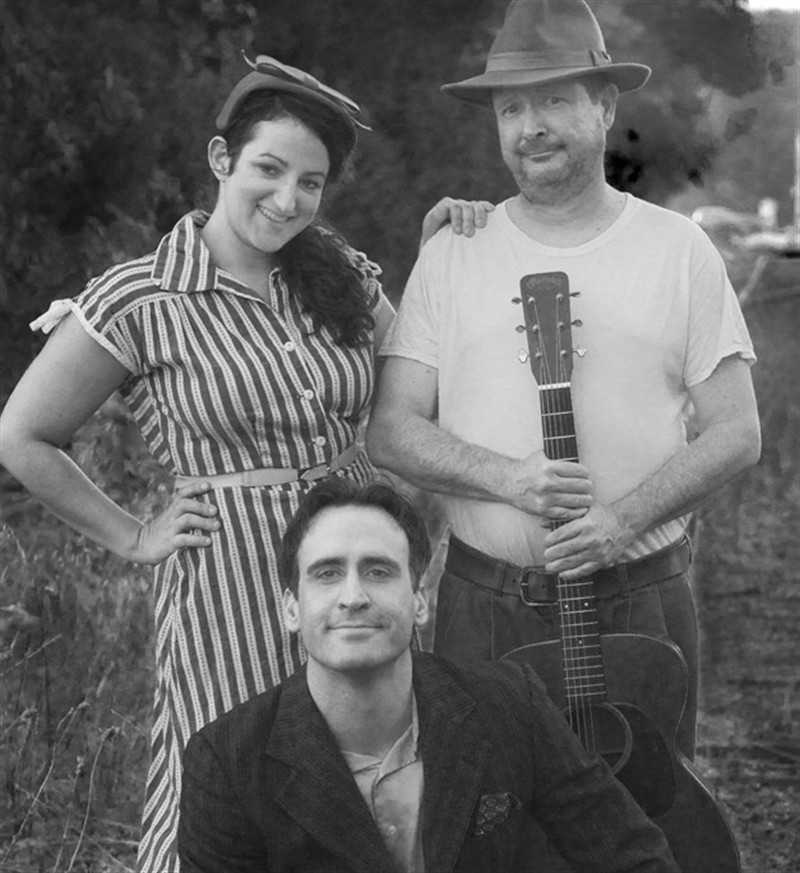 The story, which is thin, tracks the romantic ups and downs of four working class characters, each seeking a steady love relationship, and having trouble finding it.

Bottom line: “Spinning Into Light” is a likeable, if uneven, work-in-progress. There’s some good acting and smart writing here, and I really appreciate seeing something new onstage during December.

Over at the Sacramento Theatre Company we find one of our two holiday revivals, "It’s A Wonderful Life – The Musical.”  The songs are nothing special. We’re talking saccharine orchestration and plodding lyrics. But I really did like the performance of local professional Jerry Lee as big-hearted George Bailey of the local Building and Loan, always sticking up for the little guy.

Lee: “Just remember this, Mr. Potter, this rabble that you’re talking about – they do most of the working, and the paying, and the living and the dying in this community. Well, is it too much to have them work and pay and live and die in a couple of decent rooms and a bath? Anyway, my father didn’t think so, People were human beings to him…” 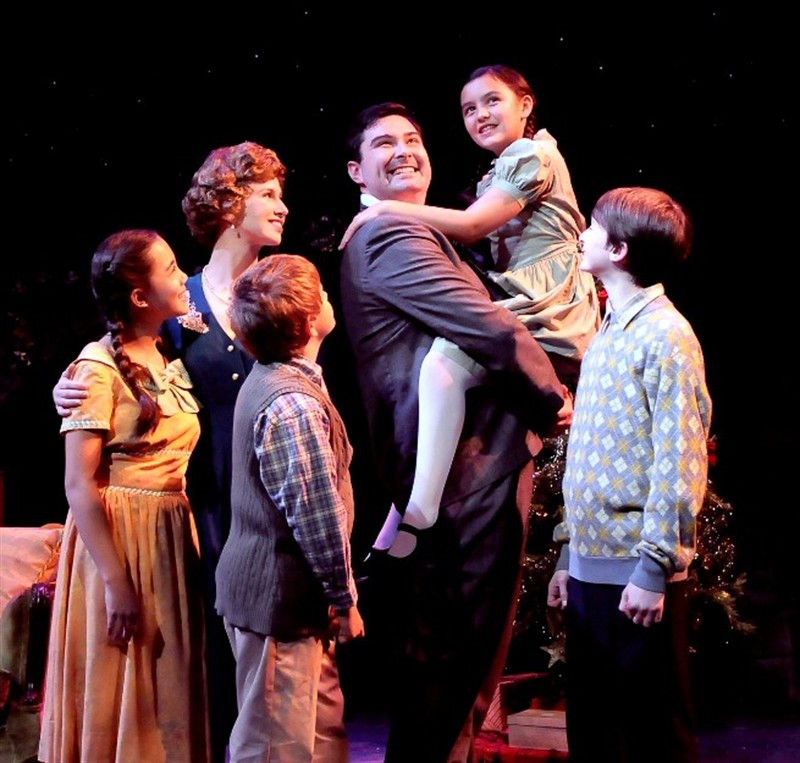 Jerry Lee, incidentally, is moving to New York to seek fame and fortune, which lends extra poignance to George Bailey’s speech about going to the big city to build skycrapers.

Bottom line: Even though the songs are slush, this sentimental fantasy from the ‘40s exerts a timeless appeal. This show has a big cast, with a lot of energy onstage, and everybody loves the feel-good ending.

And finally at Capital Stage, actor Aaron Wilton is once again playing Crumpet the Elf in “The SantaLand Diaries,” a play loosely based on the miserable experience of public radio’s David Sedaris when he worked as a department store elf. The job involves dressing up in a humiliating set of gaudy tights and curley-toe’d booties, topped off with a forest green tunic and a silly cap.

Wilton milks the moment… but the elf regalia is just the beginning.

Wilton: “During dress rehearsal, you have to go by your elf-name. Other elves chose names like Jingle or Frosty, they’d take the children by the hand and squeal with forced delight, and sing and prance and behave like cartoon characters come to life. It frightens me. My elf name… is Crumpet." 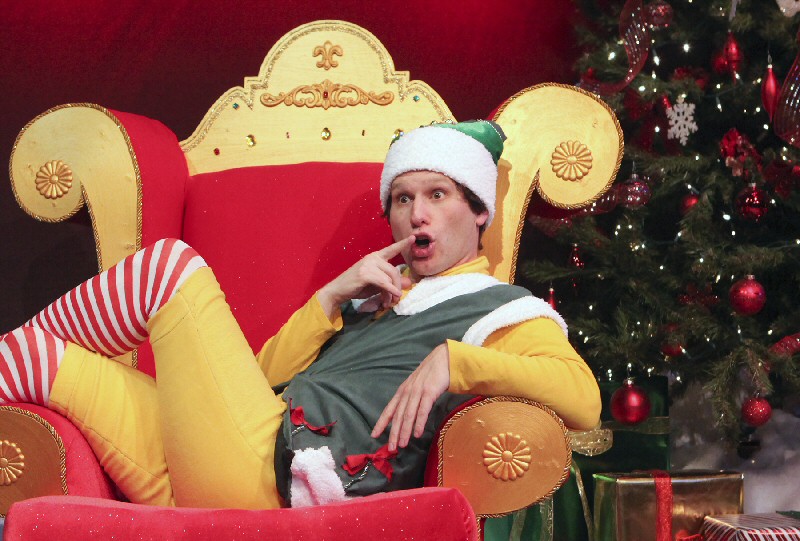 Bottom line: This vinegary one-man show is the pessimistic polar opposite of the usual holiday play. There aren’t a lot of surprises, especially for NPR listeners, but Wilton is a compelling performer who tells the sardonic story well.

So there you have it.  Among your theatre choices this season:  a pair of holiday evergreens and one show that frolics briefly in less familiar territory.