‘If The Land’s Not Healthy, We’re Not Healthy’: How The Washoe People View Climate Change 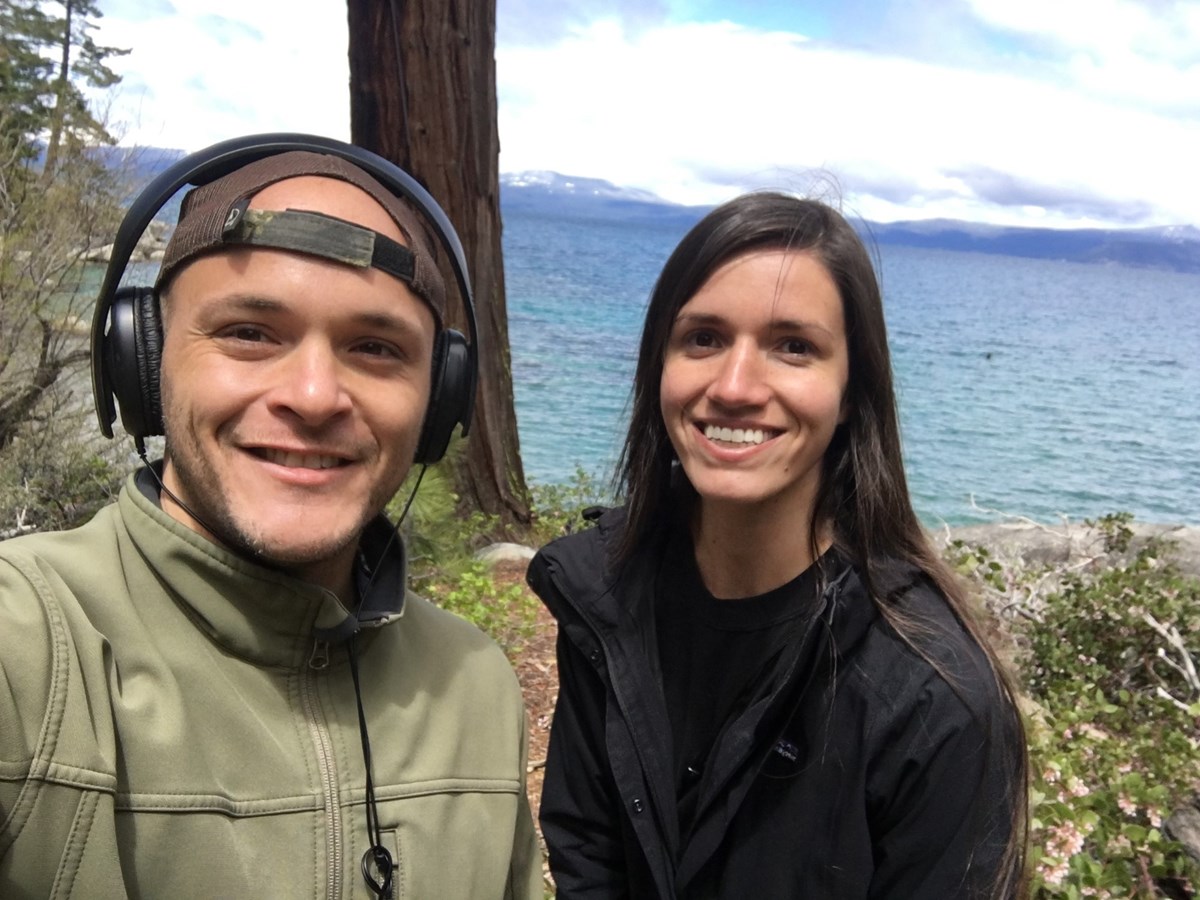 TahoeLand host Ezra David Romero interviewed Helen Fillmore, an off-reservation councilwoman for the Washoe Tribal Council and a faculty researcher for the University of Nevada, Reno, in May while reporting for the TahoeLand podcast.

Editor’s note: This Q&A from TahoeLand host Ezra David Romero first appeared in the TahoeLand newsletter. If you want more interviews, photos and other behind-the-scenes content delivered straight to your inbox each week, sign up here.

To tell a story about Tahoe’s environment, we wanted to get the perspective of the people who have called the region home the longest.

The Washoe people date their existence in the Lake Tahoe basin back 15,000 years. For them, the lake, or “da ow aga,” as they call it, is the center of their homeland.

In May, I went on a hike in Tahoe with Helen Fillmore, an off-reservation councilwoman for the Washoe Tribal Council and a faculty researcher for the University of Nevada, Reno.

Helen and I talked about how the indigenous community views climate change and what can be done to preserve the land her people hold so dear. Below is an excerpt from that conversation, edited for brevity and clarity.

What’s the cultural significance of Lake Tahoe for the Washoe?

Washoe people used to come here in the summertime to fish and camp. Everybody would camp around the lake in different places, and they were all family camps, and they come back to the same place every year. In the early 1900s, because the lake was a great timber area and a great area for fisheries and also not to mention … how beautiful it was, it was a place that was sought-after for settlers for recreation somewhat, but then also for the timber production. The whole Lake Tahoe basin was clear cut in the area and so our people, the Washoe people, were kind of forcibly removed from the Lake Tahoe basin, and now we have four different communities outside of the basin that our tribal members reside at.

This podcast is really focused on climate change and how everything in the region is in some state of adaptation. What’s the Native American thought on this, the Washoe thought on this?

Washoe people exist within one of the most climate variable areas in the western United States, potentially even globally. There's evidence in our culture and our language of how we are resilient to climate change. Our perspective is more into the idea of respecting the natural environment, but not trying to go against it. Trying to adapt, trying to make those changes in our own lifestyles to be able to plan ahead for things, too.

Western culture tries to create an existence of permanence. Permanent houses, permanent dwellings, permanent laws, permanent kind of plans. It's a very rigid structure, a very rigid way of thinking. When we're thinking about climate change, at this point it's beyond levels that any human has experienced in this area for thousands of years within the historical record, and so I think we're trying to maintain those adaptation principles within our culture, but then also considering that we're seeing things that we don't have a memory for or have a context for within this area.

You’ve been studying the Great Basin and connecting the dots between climate change and Native American communities … what’s going on here?

Indigenous people are considered some of the most vulnerable populations to climate change because they're so dependent on their natural resources and have such a strong connection to their homelands and to their environment at a local level. And so they're already leading a lot of the conversation about trying to mitigate climate change and really trying to drive and be a voice for different nations to get people to start thinking differently about their day-to-day actions and activities that are contributing to climate change at this global scale.

And I say this all the time, but if people thought about the lake how our people think about the lake, how we're raised to think about the lake, we wouldn't be suffering a lot of the issues that we're currently suffering. If they thought about our homelands, the way we value our homelands, then we wouldn't be talking about mitigating climate change because it wouldn't be an issue at all. I think that by listening to indigenous people, by trying to protect tribal sovereignty, by trying to give them agency, we will end up helping the entire population — the human species itself.