The Takeaway is a one-hour daily news show that reveals unexpected insights into the day’s news, fills a need for greater context, and interacts with audiences in a way that no other public radio news program offers.

The Takeaway convenes conversations across social divides to give listeners not just the information, but the complex, nuanced perspectives they need for understanding and participation. It features voices of Americans from all walks of life who may have different struggles and challenges but often speak to the same desires, dreams and hopes for the future of their families and communities. It does not shy away from big and complicated stories; through exceptional sound design and production, the show breaks down complex policy and connects listeners with stories that touch their lives and their experiences.

The Takeaway is a co-production of PRX and WNYC, in collaboration with WGBH Radio Boston.

Last weekend’s racist attack at a Tops Supermarket in Buffalo has had significant ramifications for a part of Buffalo’s East Side, a neighborhood which has historically struggled with food insecurity. Tops is the lone supermarket in this part of Buffalo’s East Side, and it is now temporarily closed.  The attack highlights how the city’s legacy of institutionalized racism and segregation has given rise to food access and inequities in the communities affected.  In the aftermath, community-based providers are stepping in to address the food insecurity that continues to plague low-income communities of color.

We speak with Allison DeHonney, Founder and CEO of Buffalo Go Green, whose organization is working to address food inequities in Buffalo's East Side, and Craig Willingham, Managing Director for CUNY Urban Food Policy Institute.

In response to a number of mass shootings and incidents of gun violence across the country this past weekend, including the Buffalo massacre, some cities instituted curfews. Policymakers are also having their perennial conversation on gun control.

The Takeaway speaks with Dr. Jonathan Metzl about the history and future of curfews and gun regulations in the U.S.

White and Asian Students Fight to Win the Meritocracy Game

Natasha Warikoo, Professor of Sociology at Tufts University spent time in a privileged suburb on the East Coast doing research for her book “Race at The Top: Asian Americans and Whites in Pursuit of the American Dream in Suburban Schools.”

In a majority white town she calls Woodcrest, the Asian population is growing, and the Asian students consistently out-perform the white students there. We speak with Natasha about the competition between white and Asian students at Woodcrest and in suburbs like it. We also discuss where this leaves students whose opportunities are limited due to the lack of resources and access. 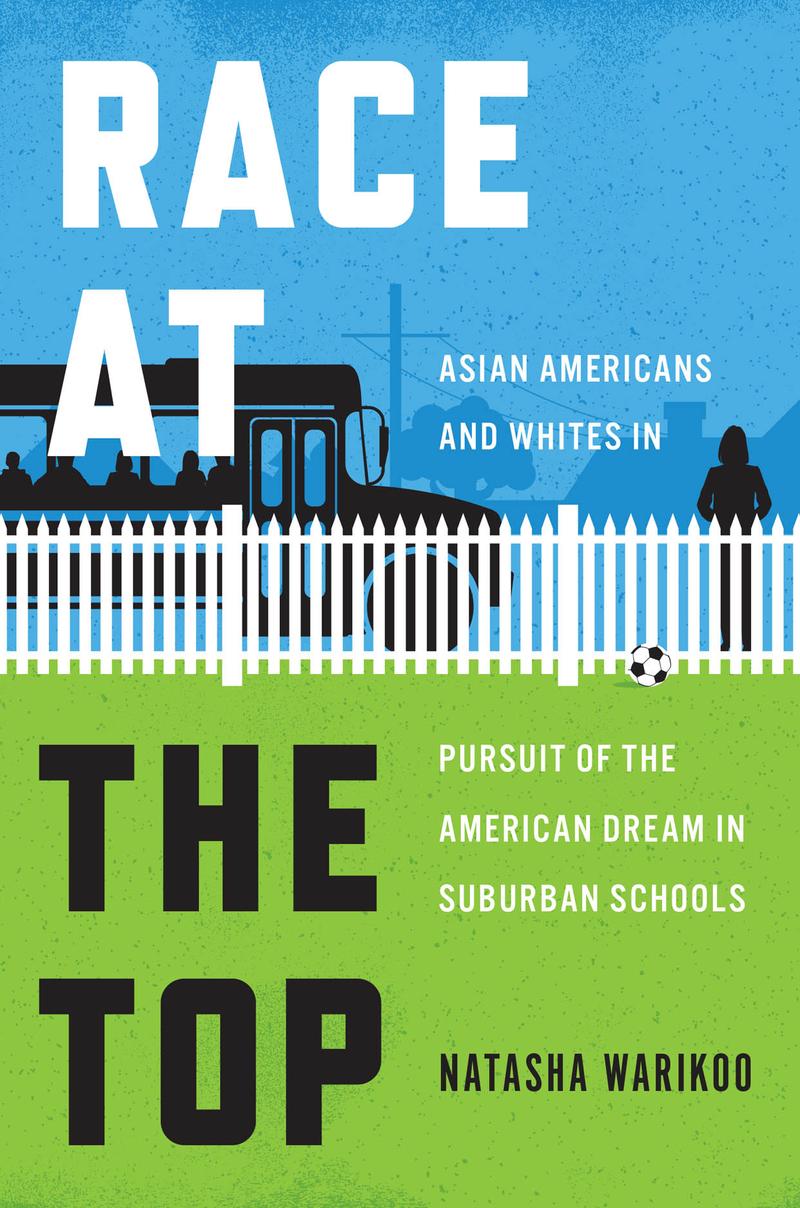 Turning to Faith in the Wake of Tragedy

Reverend Jacqui Lewis is Senior Minister at Middle Collegiate Church. She is the author of Fierce Love: A Bold Path to Ferocious Courage and Rule-Breaking Kindness That Can Heal the World and the host of the “Love.Period.” Podcast.

Reverend Jacqui Lewis a regular of the show and she always leaves our listeners with a timely message about the power of love and radical acceptance. We spoke with the Reverend Jacqui Lewis, Senior Minister at Middle Collegiate Church about how she's making sense of the tragic Buffalo massacre.

This past weekend, a gunman who appears to have been motivated by white supremacy shot and killed ten people in Buffalo, New York, where he traveled to target the city’s Black community.

The tragic shooting is one of several disturbing massacres motivated by hate that have occurred in recent years. But the history of race based violence dates back to the beginning of what is now the United States, and some of the recent racially motivated attacks call to mind the racist violence that targeted Black communities in the early 20th century.

The Takeaway speaks with Jelani Cobb, historian, staff writer at The New Yorker and incoming dean at the Columbia Journalism School.

The Connection Between Racism and Hate Crimes

The shooting in Buffalo is being investigated as a hate crime, and given the gunman’s racist writings all indications are that he targeted the Black community.

We're joined by Jack McDevitt, Professor of the Practice in Criminology and Criminal Justice and Director of the Institute on Race and Justice at Northeastern University, to explore the connection between racism in America and hate crimes, and consider why explicit racism has declined over time, yet racist hate crimes have recently hit a 12-year high. We also consider when the switch happens from people holding racist views, to acting them out in lethal ways.

Applying to College While Asian

In her new film, "Try Harder," Debbie Lum takes viewers through the reality of the American college application process and the intersections of race, class, educational opportunity and attainment.

The documentary focuses on students who attend Lowell High School in San Francisco California, a school known for academic excellence. Asians represent the majority of the student body, but all of the students at Lowell high school face intense pressure from their families and peers to get into the most competitive colleges.

The Political Power of White Evangelicals

We explore the history, contemporary power, and likely future of white evangelicals in American politics with Anthea Butler, Geraldine R. Segal Professor in American Social Thought and Chair of Religious Studies at the University of Pennsylvania and author of White Evangelical Racism: The Politics of Morality in America, and Randall Balmer, professor of religion at Dartmouth College and author of several books including Evangelicalism in America and Bad Faith: Race and the Rise of the Religious Right.

Comedian Matt Rogers on the Joys of Pop Culture

Comedian Matt Rogers is well known as co-host of the podcast “Las Culturistas” with Bowen Yang. On the show, Rogers and Yang dissect everything from the Real Housewives franchise to Taylor Swift to the Oscar frontrunners. The podcast has a devoted following, and this spring, Rogers is set to break out on screen in the Showtimes series, “I Love That for You,” and the Hulu movie, “Fire Island.”

Rogers joins The Takeaway to talk about his new roles and weigh in on some of the pieces of pop culture that most excite him today.

Recent results from a survey conducted by the Women Mayors Network indicates that nearly all mayors report experiences with threat and harassment. The problem is particularly acute for women and women of color mayors.

We speak with Heidi Gerbracht, Founder and director of the Equity Agenda and Co-founder of the Women Mayors Network, about what this reveals about the health of our democracy.