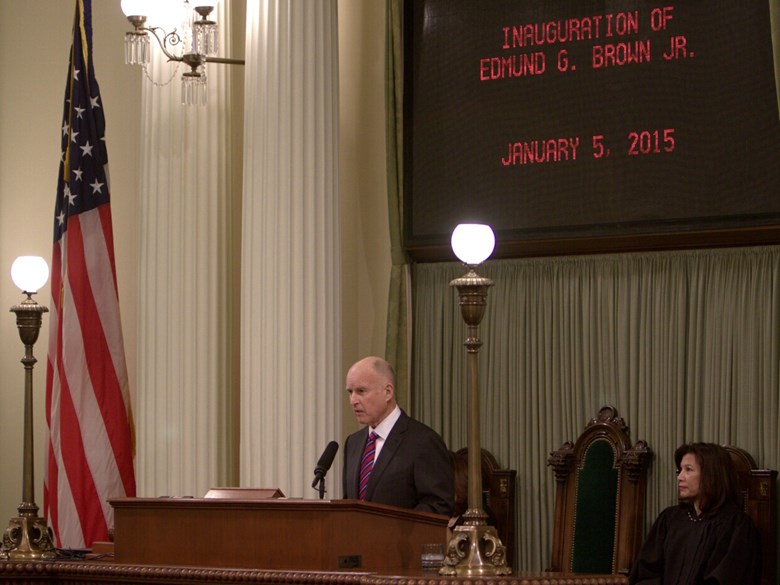 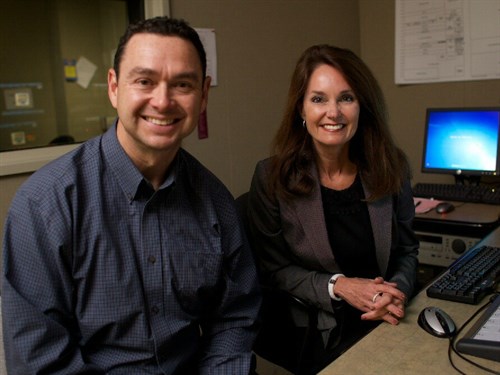 Jerry Brown made California history when he was sworn in as the state's first, four-term governor on Monday, January 5, 2015. We provided live, special coverage starting at 10 a.m. Co-hosted by Beth Ruyak of Capital Public Radio's Insight program, and John Myers, senior editor of KQED’s Government and Politics Desk, the special featured the governor's swearing-in by California Supreme Court Chief Justice Tani Cantil-Sakauye (with a length introduction by Anne Gust Brown) followed by his State of the State speech, plus field interviews at the Capitol and in-studio guest analysts in Sacramento, San Francisco and New York.

Reporters from Capital Public Radio, KQED and KPCC took a closer look at the governor's speech. Click on the highlighted parts below to read their analysis. 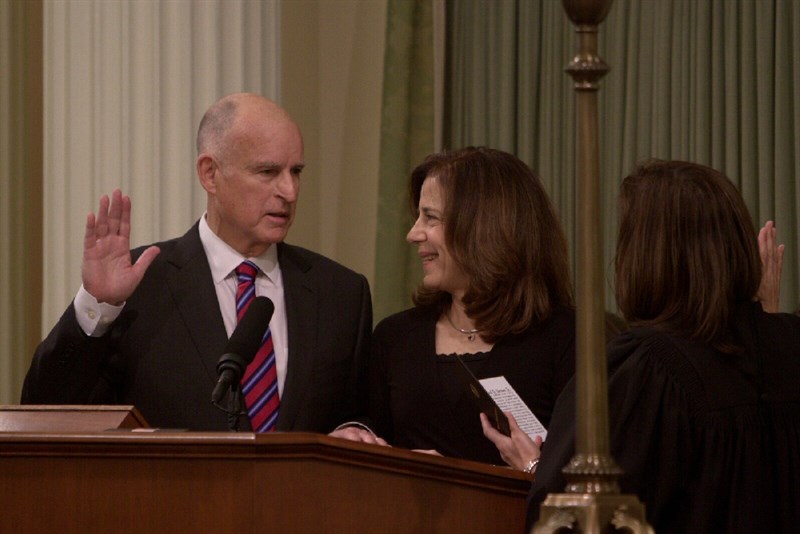 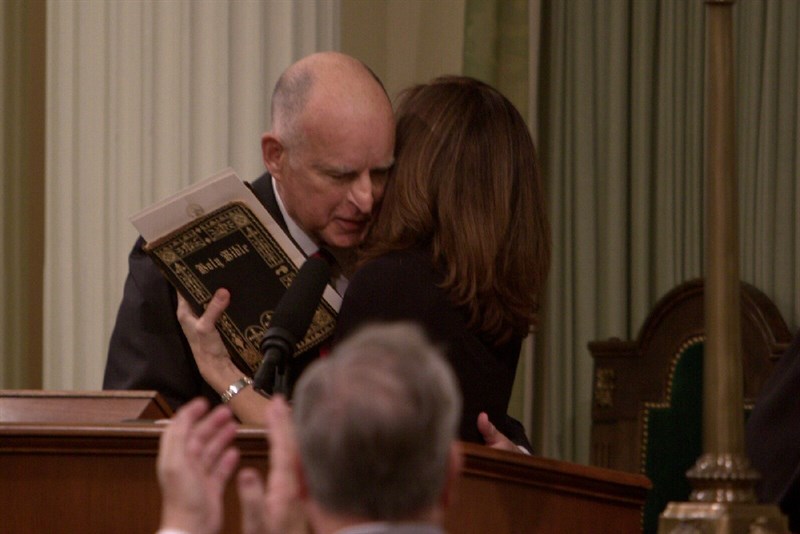 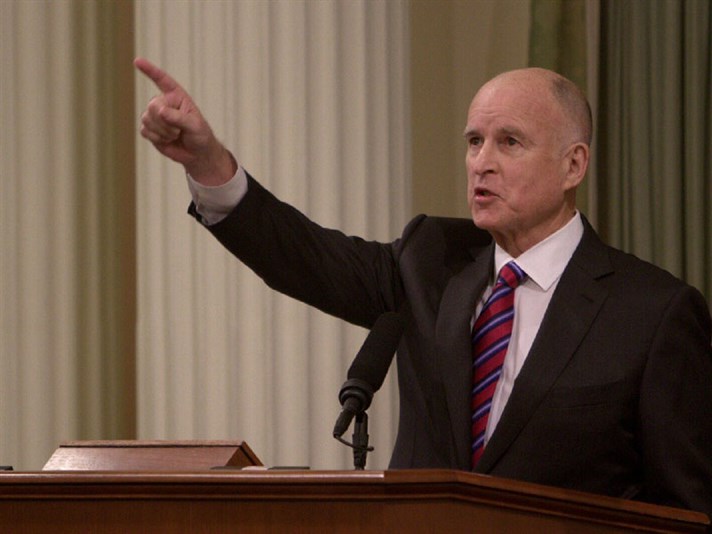 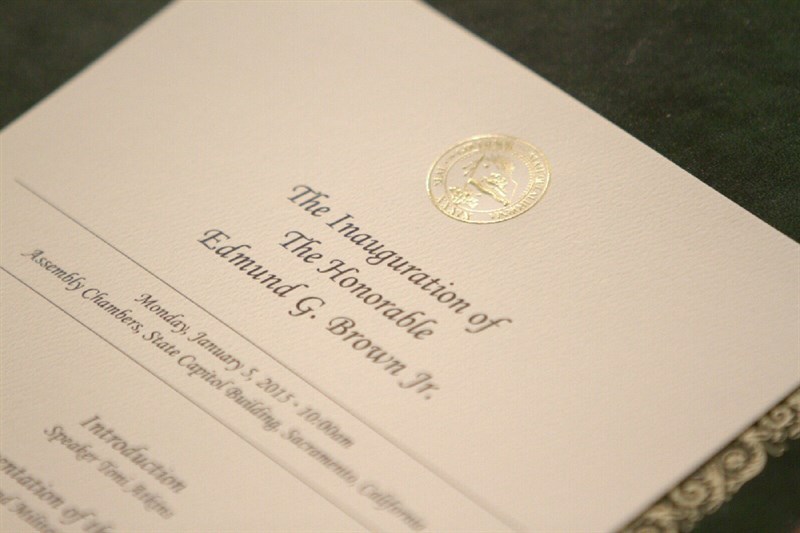 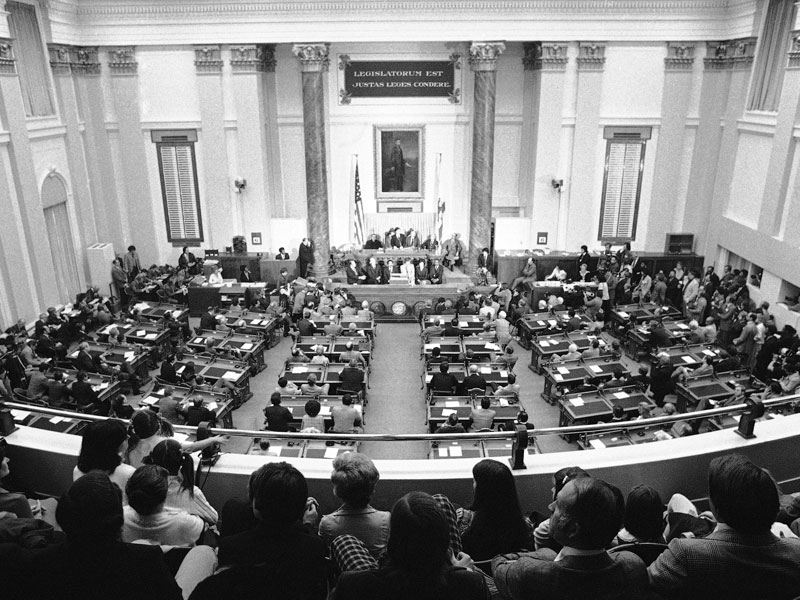 This was the inauguration scene in California State Capitol at Sacramento, Jan. 6, 1975 as Gov Jerry Brown Jr., was sworn into office at 10:13 a.m. This is the Assembly chamber where joint session of the Legislature was convened for the ceremonies. Former Gov. Edmund G. Brown, the 32nd Governor and his family are seated in the foreground balcony. (AP Photo)