Listen: The Politicization Of Face Masks 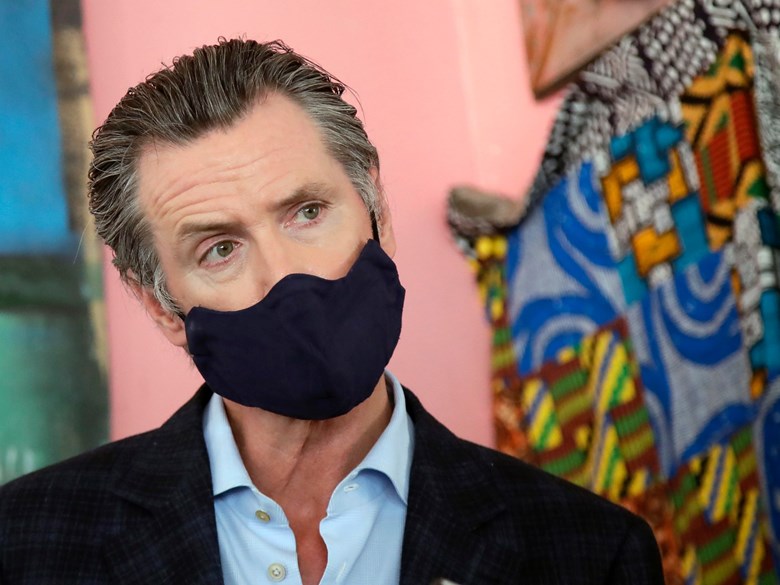 Gov. Gavin Newsom wears a protective mask on his face while speaking to reporters at Miss Ollie's restaurant during the coronavirus outbreak in Oakland, Calif., Tuesday, June 9, 2020.

The governor of California is requiring people to wear face masks in public as cases of COVID-19 continue to rise in the state. But the backlash has been strong even though there’s growing evidence they are effective. How did face masks become politicized? CapRadio’s Randol White examines the role of politics and peer pressure when it comes to wearing masks in public.

He’ll talk with the vice mayor of a small town in the Sierra foothills who found themselves immersed in the controversy after the mayor told people they don’t have to listen to the Governor’s face mask order. We’ll also hear from former Gov. Gray Davis about why he participated in a video along with other former governors promoting face mask wearing.

Men are more likely to die from COVID-19 but less likely to wear face masks, according to a new study from UC Berkeley. We’ll hear from the scientists behind it why that might be.