Civil Resistance: The Power Of The People Friday 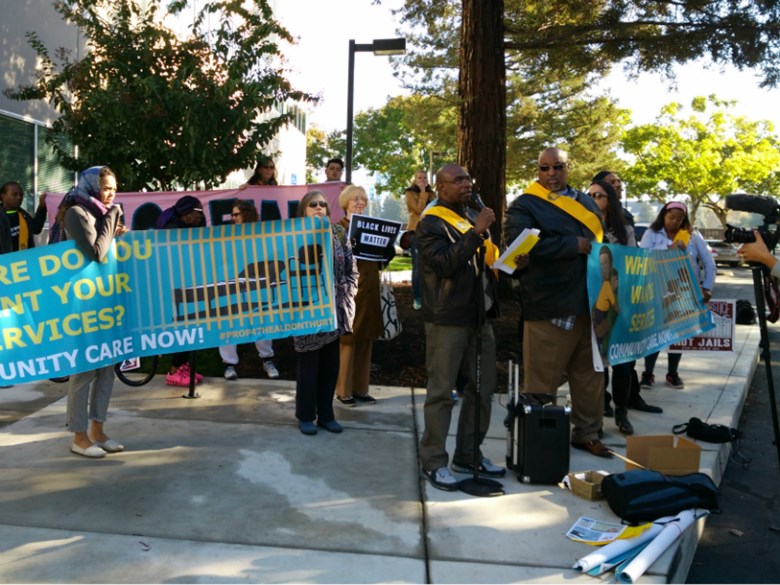 File photo of protesters objecting to new funding for California jails, outside of the Board of State and Community Corrections meeting in December 2015.

You get this feeling of sweeping non-violent movements today, in part because the knowledge is sweeping of how to fight without violence, and the fact that there may be better results as a consequence of that." (Mary King, author of the Freedom Song: A Personal Story of the 1960s Civil Rights Movement)

The 20th century was dominated by the rise of totalitarian regimes and new levels of destructive warfare and violence. At the same time, from Gandhi, to the American South, to the Solidarity movement in Poland, a different force also gathered steam, the power of the people to resist tyranny and authoritarianism through civil resistance.

In this episode of America Abroad, we explore the strategies and techniques behind successful nonviolent campaigns, from India’s fight for independence through the American civil rights movement to some of today’s struggles for freedom and against dictators, oppression, and corruption.  We go on the ground to explore movements in Colombia, India and Zimbabwe, and talk to experts and activists about why nonviolent movements are twice as likely to succeed than violent campaigns.  We also learn how authoritarian governments are adjusting their tactics as they  seek to suppress the power of the people.

Mary King: Political scientist and the author of the Freedom Song: A Personal Story of the 1960s Civil Rights Movement

Hardy Merriman: President of the International Center on Nonviolent Conflict

Espionage In The Age Of Terror