Wildfires are still raging out west, and states are using anything in their arsenals to fight back. This year, for the first time, Oregon’s Department of Forestry is using thermal imaging technology to see through thick smoke to the fires below. The state’s firefighting teams say this technology has been game-changing during this devastating wildfire season.

Thermal imaging technology uses infrared waves to detect heat, and then presents that information visually. These graphics make it possible to see exactly where the fire is moving, which areas are the hottest, and how much is actually burning. This information is crucial to firefighting teams on the ground, who can know with more certainty which areas are safe to enter.

Freelance tech reporter Kate Kaye from Portland, Oregon joins Ira to talk about seeing this tech in action in a plane several miles above the wildfires.

Birds Of A Feather Flutter Together

Bird feathers have many different functions. Softer down keeps a bird warm and stiffer wing feathers are used for flight. Feathers are also important in communication. Bright plumage can say ‘hey, look at me.’ And some birds even use the shape of their feathers as a communication tool—by using the sound their feathers make to relay messages. The results were published this week in the journal Integrative and Comparative Biology.

Biologists Valentina Gomez-Bahamón and Christopher Clark, both authors on that study, describe how birds might develop different wing-fluttering dialects, and how this could play a role in the evolution of bird species. Check out more sounds, videos and images from the research!

To Milk A Tick

Ticks are masters of breaking down the defenses of their host organism to get a blood meal. They use anesthetics to numb the skin, anticoagulants to keep the blood flowing, and keep the host’s immune system from recognizing them as invaders and kicking them out. And the key to understanding this is in the tick’s saliva. Biochemist and microbiologist Seemay Chou discusses how she milks the saliva from ticks to study what compounds play key parts in these chemical tricks. She also talks about how ticks are able to control the microbes in their saliva.

Down a long, single-lane road in the most northern part of California is Karuk territory—one of the largest Indigenous tribes in the state. It’s here that Bill Tripp’s great-grandmother, who was born in the 1800s, taught him starting as a 4-year-old how to burn land on purpose.

“She took me outside—she was over 100 years old—and walked up the hill with her walker,” Tripp recalled, “and handed me a box of stick matches and told me to burn a line from this point to that point.”

Those cultural burns—or prescribed burns, as they’re often called now by fire agencies—are a form of keeping wildfire in check, a practice the state and federal agencies do use, but experts say isn’t leaned on enough as a fire prevention tactic.

Read the rest of this story at ScienceFriday.com.

Plus, the neurologist Oliver Sacks died just over five years ago after a sudden diagnosis of metastatic cancer. Over his long career, Sacks explored mysteries of both human mental abnormalities and the natural world. Endlessly empathetic and curious, Sacks shared his clinical observations through a series of books and articles, and appeared on Science Friday many times to discuss his work.

A new film released this week describes Sacks’ life through his own words and reflections from those close to him—including the story behind the book ‘Awakenings,’ which later became a major motion picture and propelled Sacks into worldwide prominence. It also details his difficult childhood, his addiction to amphetamines in young adulthood, and his homosexuality, including three decades of celibacy before he found love in the last four years of his life.

Ric Burns, director of the film Oliver Sacks: His Own Life, joins Ira to talk about the life and legacy of Oliver Sacks. The film premieres nationwide this week on the Kino Marquee and Film Forum virtual platforms.

SciFri Extra: After 20 Years, The ‘Cosmic Crisp’ Has Landed

This fall, there’s a new apple all around town. After 20 years of development, the Cosmic Crisp has landed.

Today, we're bringing you an episode of another podcast called The Sporkful. They’re a James Beard Award-winning show that uses food as a lens to talk about science, history, race, culture, and the ideal way to layer the components of a PB&J.

This episode is all about the Cosmic Crisp, how scientists developed it, and how it got that dazzling name.

Helen Zaltzman is the host of The Allusionist podcast.

Dan Charles is a food and agriculture reporter at NPR.

Kate Evans is a horticulturist and the leader of the pome fruit breeding program at Washington State University.

America’s Elder Care Has A Problem

Since the pandemic began, long-term care facilities across the country have experienced some of its worst effects: One of the first major outbreaks in the U.S. began in a nursing home in Washington state. Since then, the virus has ravaged through care centers across the country—as of September 16, more than 479,000 people have been infected with COVID-19 in U.S. care facilities.

But COVID-19 is merely adding stress to an already fragile system of long-term care facilities—including nursing homes, assisted living, and other rehabilitation centers. Coronavirus outbreaks have only exacerbated pre-existing problems, including overworked and underpaid staff, limited funding, and poor communication with families.

In Kansas, more than half of the state’s COVID-19 deaths have been among nursing home residents, with 50 active outbreaks in long-term care facilities as of August 26, reports Celia Llopis-Jepsen for the Kansas News Service. In the midst of these challenges, facility administrators have reported major issues with staff turnover and availability.

When facilities are so vulnerable, COVID-19 won’t be the only hazard that becomes a problem. A recent KQED investigation, Older and Overlooked, found that thousands of long-term care facilities in California are also located in high risk wildfire areas. Many of these facilities have inadequate or poorly communicated evacuation plans, reports KQED's Molly Peterson. This adds to the growing concern over this year’s devastating wildfire season, with fires currently threatening facilities in Vallejo and Fairfield.

Re-thinking long-term care will become even more important as our population ages. In the United States, the number of those 85 and older is expected to nearly triple from 6.7 million in 2020 to 19 million by 2060, according to the Population Reference Bureau’s analysis of U.S. census data. This is the demographic that most relies on long-term care facilities—but experts doubt the current system can support the demands of our growing elderly population.

In this week’s segment hosted by radio producer Katie Feather, Celia Llopis-Jepsen and Molly Peterson give a closer look at the issues inside nursing homes in Kansas and California. Then, gerontology professor Robert Applebaum and gerontologist Sonya Barsness dig into the root of the systemic problems, and look for solutions that can build better long-term care for our aging population.

Hunting For The Crystalline Clues Of A Volcano’s Eruption

We notice volcanoes when they erupt. It’s hard to miss the huge, dramatic plumes of ash, or red glowing lava spewing high into the air.

But the geologic precursors of these giant eruptions are less obvious. To learn more about when and why these catastrophic events occur, scientists study the gases and rocks inside of volcanoes. Volcanologist Kayla Iacovino, for example, conducts research on volcanoes from Costa Rica to Antarctica—and now, is even looking to other planets.

Iacovino is featured in our second season of Breakthrough: Portraits of Women in Science, a video series profiling scientists and how their lives and work intersect. Here, she explains how the gases and crystals released by volcanoes provide important clues into why volcanoes erupt.

Peak wildfire season is just beginning on the West Coast, but 2020 is already another unprecedented year. In California, more than 2.2 million acres have burned so far this year, beating an all-time record of 1.6 million set just two years ago. And in the Pacific Northwest, where Portland’s air quality hit the worst in the world on Monday, raging fires have produced never-before-seen poor air quality that threatens the health of millions. More than 500,000 people in California, Washington and Oregon are under evacuation orders, and dozens of people have died.

Kerry Klein of Valley Public Radio in California’s San Joaquin Valley, and Oregon Public Broadcasting reporter Erin Ross talk about the toll of the fires in their regions, the role of climate change and other factors, and what the rest of the fire season may bring.

Plus, with record heat and fires raging in the American west, and the Gulf Coast facing still more hurricane activity, is climate change becoming a more prominent issue for U.S. voters?

Senator Edward J. Markey of Massachusetts thinks so. He recently repelled a primary challenge in what he calls “a referendum on the Green New Deal.” Now, just weeks before the November elections, candidates from both parties are forced to confront hazards worsened by climate change. 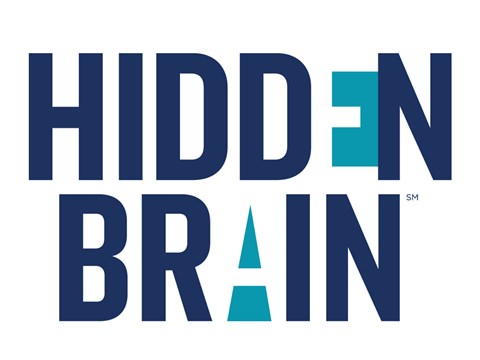