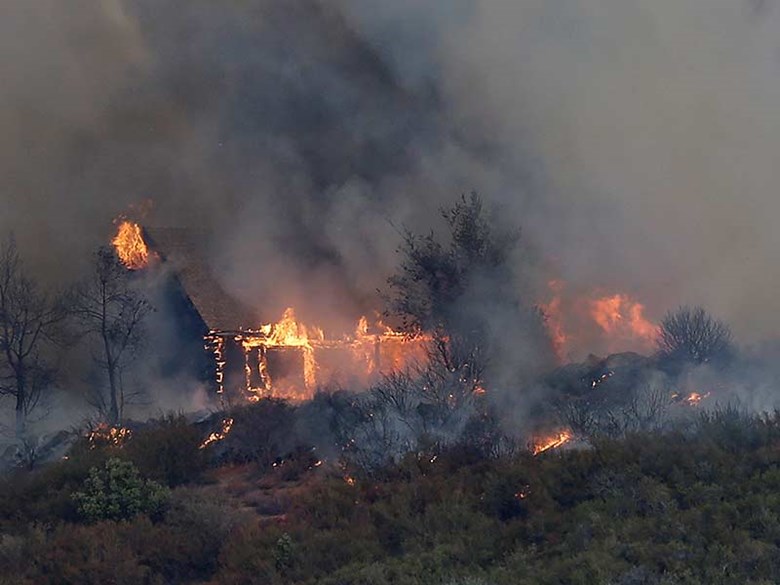 A home burns in the Rocky Fire near Lower Lake, Calif., Friday, July 31, 2015. A series of wildfires were intensified by dry vegetation, triple-digit temperatures and gusting winds.

The first Republican presidential debate is two days away, and it looks like it could be a major event in American politics, and, maybe, in American pop culture.

On Insight today, Ken Rudin, the Political Junkie, will help explain all the ways this could be an important, or unusual, or, possibly, a strange evening.

Also today, our News Network will give some perspective on the wildfires raging through Northern California, and particularly the 65,000-acre Rocky Fire near Clear Lake.

Plus, there’s a new, mesmerizing film about the 1971 Stanford Prison Experiment, when students quickly forgot the academic study and became sometimes physically brutal prison guards. We’ll talk with the director.

And Davis author Naomi Williams’ first novel is a wildly inventive work of fiction - and history - about an attempt by French sailors to circle the globe. She’ll explain.

Insight Special Broadcast: Past, Present And Future Of LGBT Rights