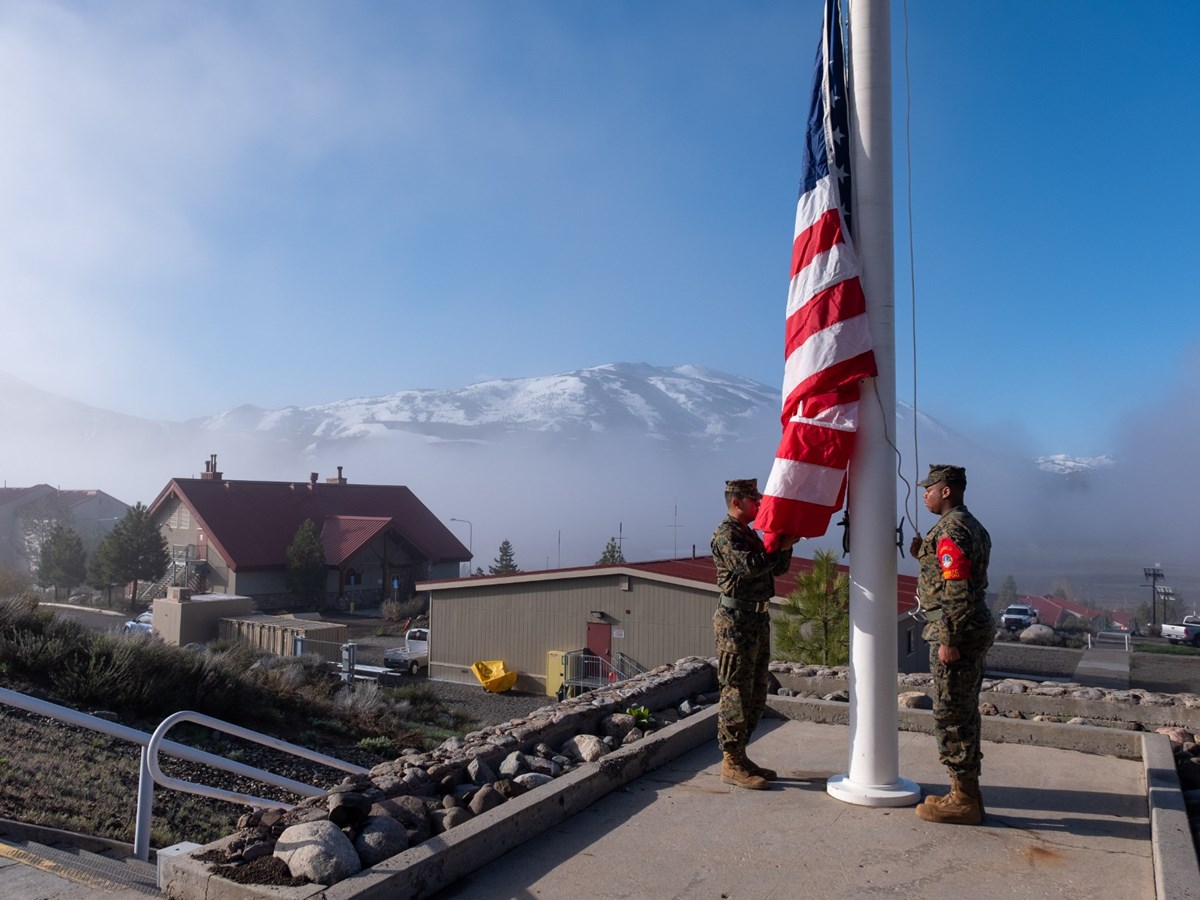 Not too far from the town of Bridgeport off Highway 395, you'll find the Mountain Warfare Training Center. It's a hidden Marine Corps base where troops are training for high-elevation combat around the globe, including the war in Afghanistan.

Marine Corps Col. Kevin Hutchison is the base commander. He says Marines learn how to fight and survive in remote, high-altitude war zones. Training elevations at Bridgeport, as Marines call the base, range from 6,800 feet to more than 11,000 feet. 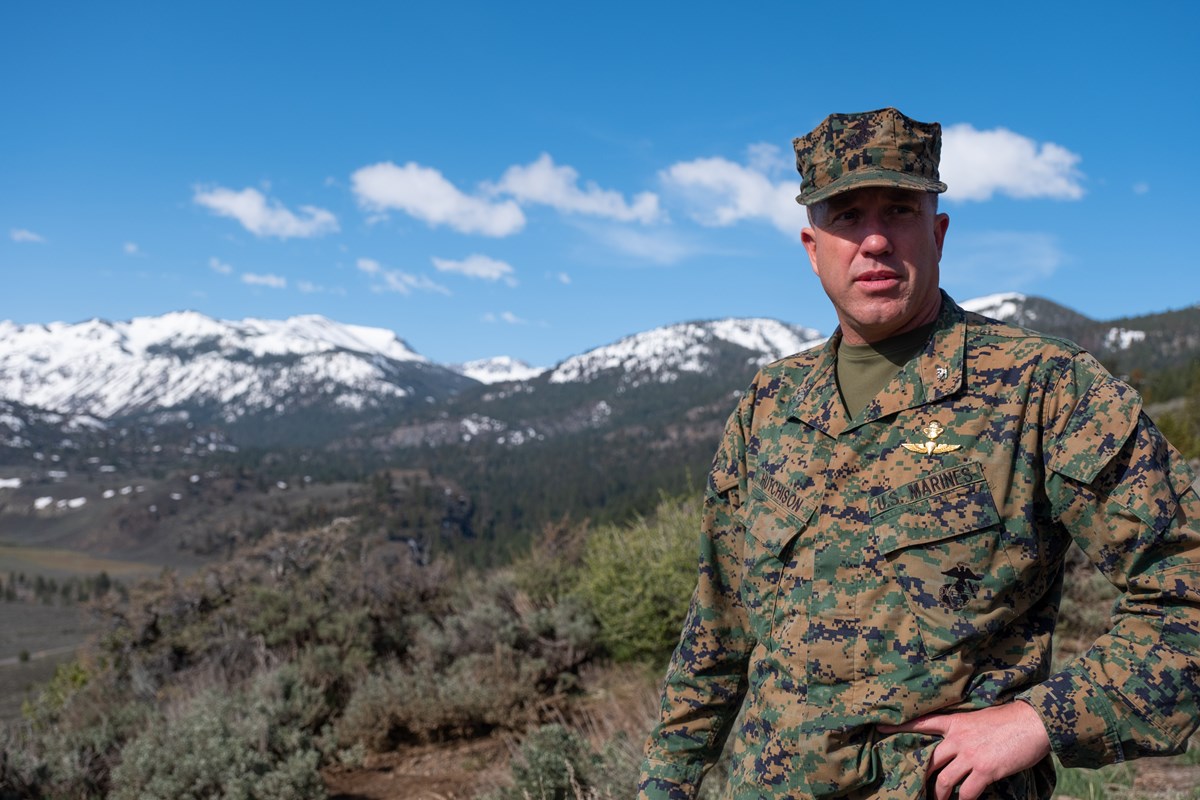 Marine Corps Col. Kevin Hutchison is the base commander at the Mountain Warfare Training Center.

"Bridgeport more than anything builds the mettle, character and the backbones, the spines of our Marines," Hutchinson says. "Many Marines have actually cited that their training here is actually been harder than what they’ve experienced at combat. That’s exactly what we’re trying to achieve.”

During training at Bridgeport in May, Marines and Navy corpsmen simulated mountain rescues by scaling steep cliffs. To complete the rescue, troops rappelled down a 30-foot rock face to reach the red hats, as the instructors are known, due to the color of their helmet. 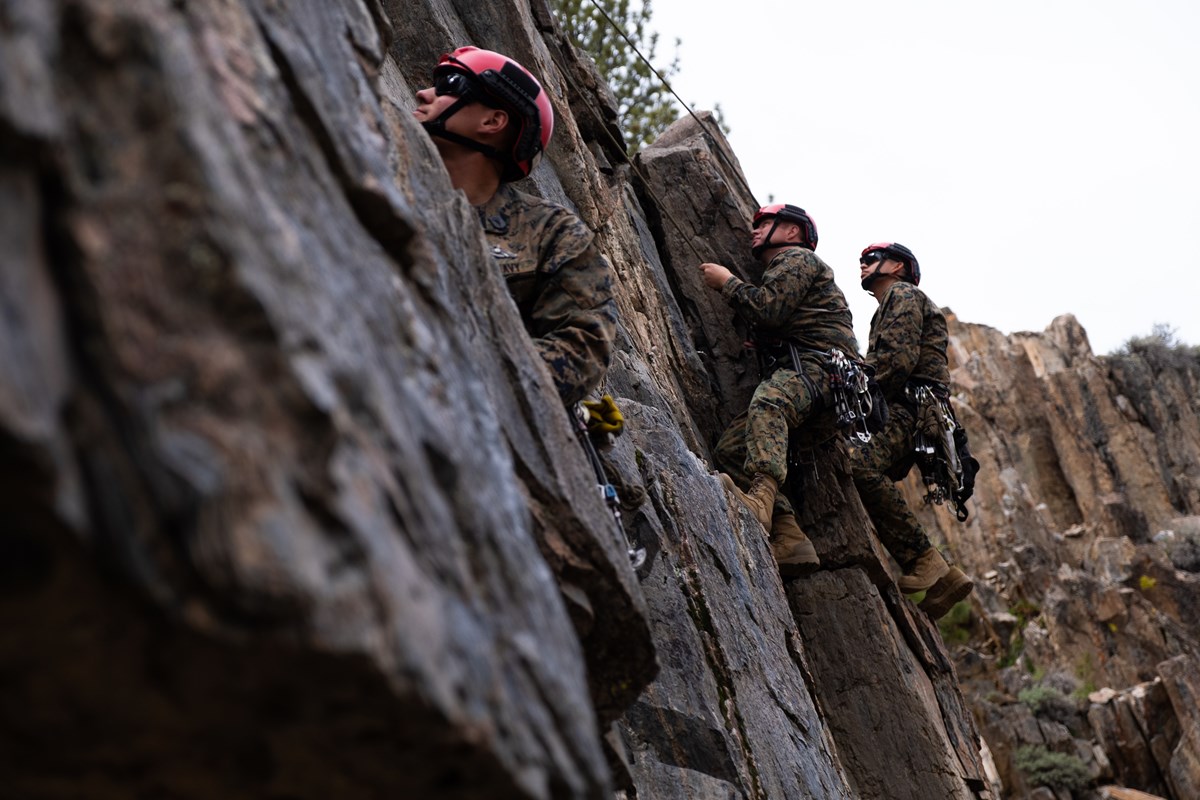 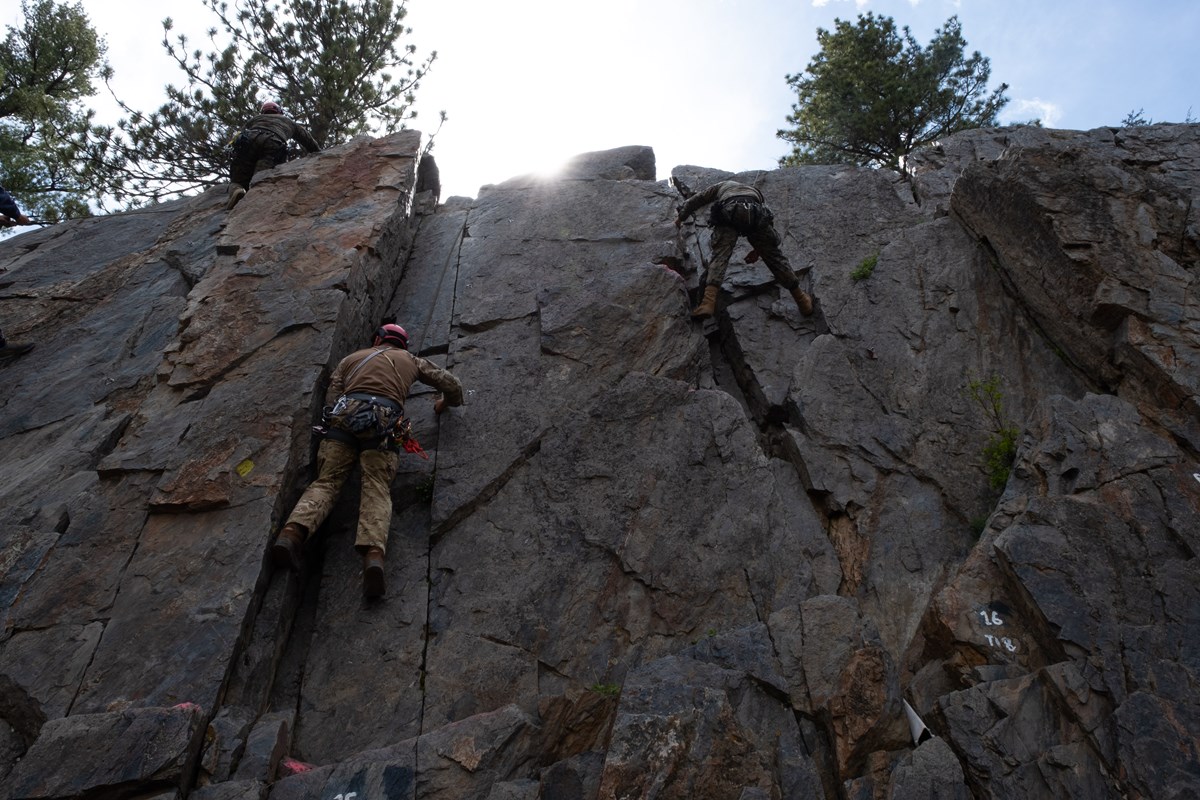 Drills on the rockface at Bridgeport are slow and meticulous. In May, Marines spent more than an hour at a staging area preparing ropes and carabiners, and walking through their rescue drills before ascending a steep cliff face nearby.Andrew Nixon / Capital Public Radio

While Marines call the base "Bridgeport" for short, the town itself has little connection to the base.

The town is known for its historic courthouse and the breathtaking mountain vistas all around it. It’s a convenient stop-over for hikers, hunters and the occasional honeymooners taking the scenic route to Lake Tahoe. 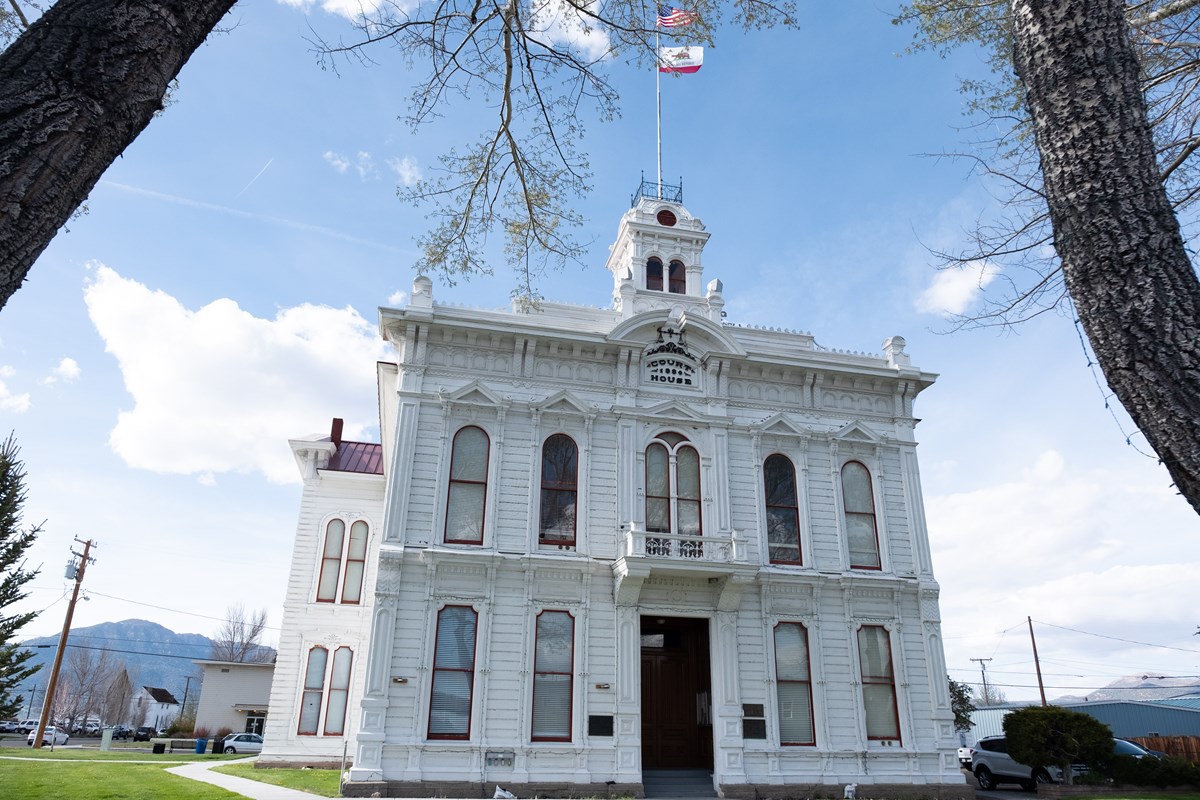 The town of Bridgeport is known for its historic Mono County Courthouse, built in 1880. The Italianate building remains a working courthouse today and includes the chambers for the county’s board of supervisors.Andrew Nixon / Capital Public Radio

Linda Pemberton is known as the “unofficial mayor” of Bridgeport. She owns the Jolly Kone restaurant on Highway 395 and says Marines at the nearby base don’t visit town much anymore. Pemberton said they were a bigger part of the community until the military built housing for the troops north of town a couple decades ago. 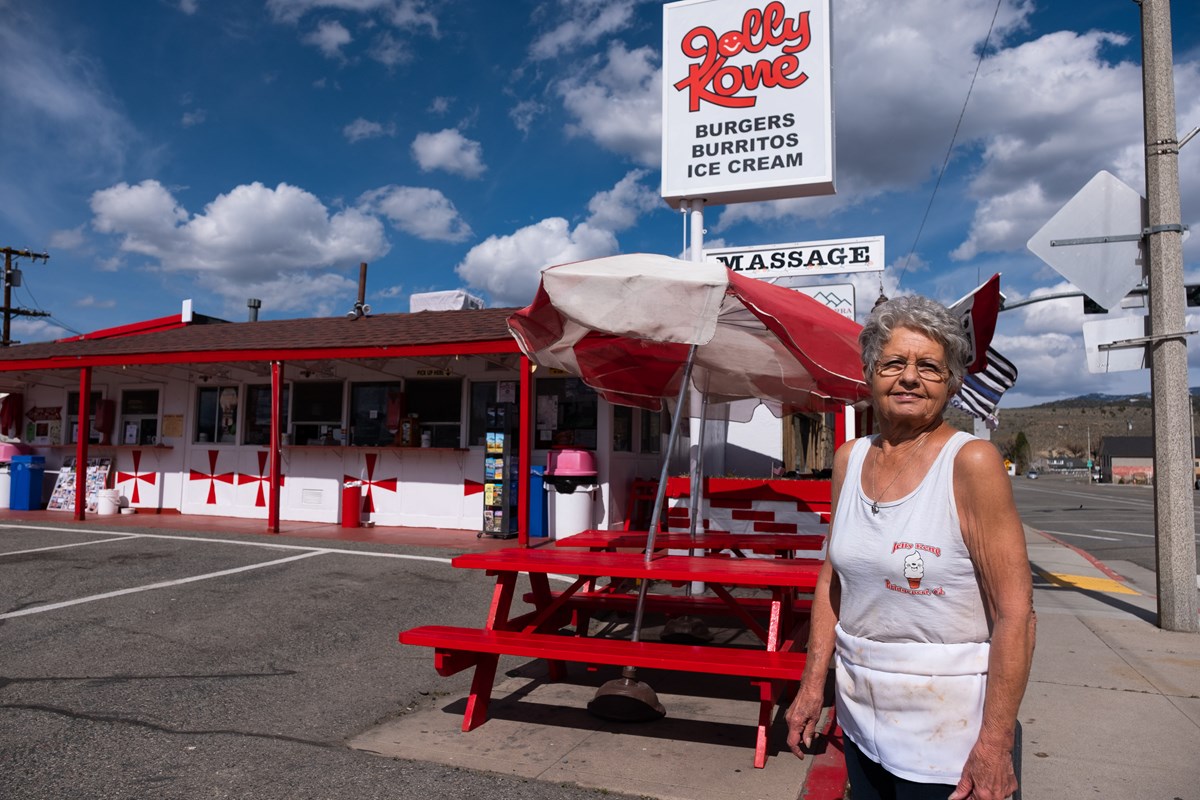 "Once in a great while, they bus ‘em in, but not like they used to," she says. "It’s just here and there but not a strong presence." 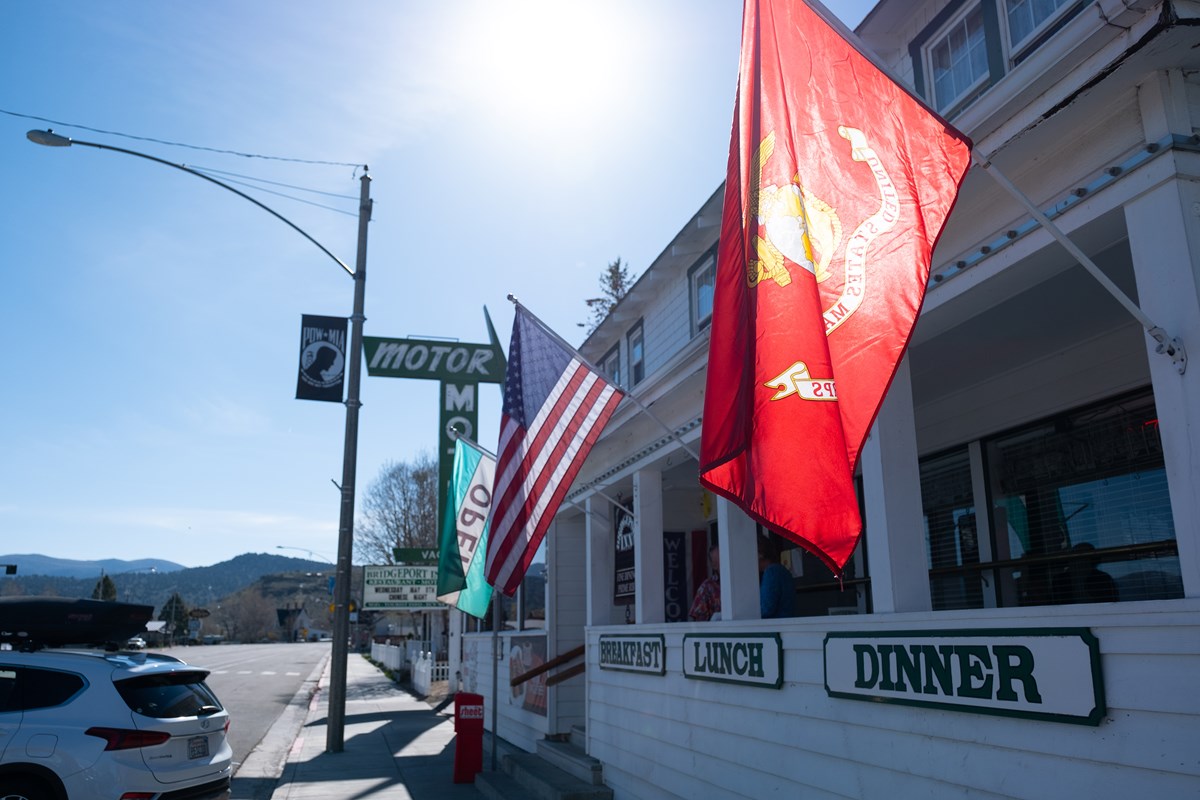 A Marine Corps flag hangs outside the Bridgeport Inn, built in 1877 on Highway 395. A plaque outside the Victorian-style hotel reads, in part, that “Legend has it that Samuel Clemens was a guest here.”Andrew Nixon / Capital Public Radio