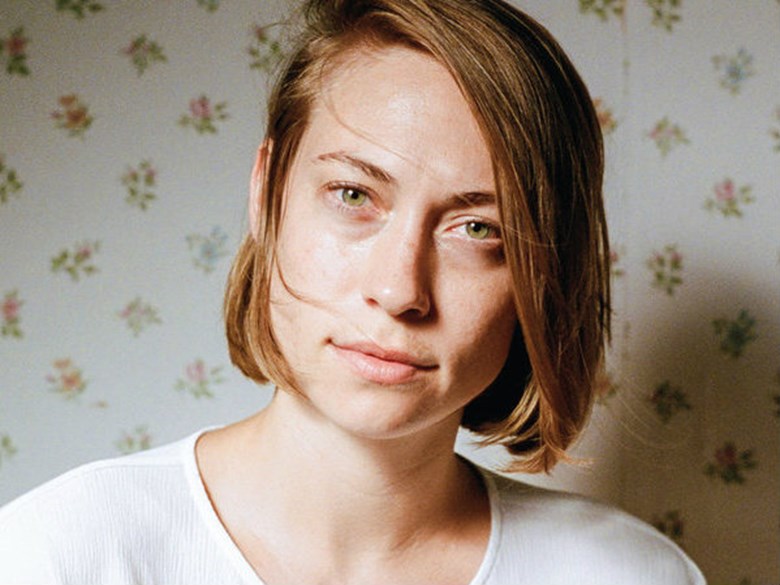 Each month, we ask 10 DJs and music directors from public radio stations around the country to tell us about the songs they keep playing. This month's mix features several collaborations between well-known artists and up-and-coming stars.

Otis Jr. and a band of Louisville all-stars (including members of My Morning Jacket, Wax Fang and Twin Limb) cover a Willie Dixon classic. Johnny Marr, formerly of The Smiths, teams up with British actress Maxine Peake for a spoken-word song about homelessness. In perhaps the most surprising combination, Italian film composer Daniele Luppi collaborates with the Brooklyn post-punk band Parquet Courts on "Soul And Cigarette."

Hear all the songs below.

From Quit The Curse

My ears always perk at the phrase: "Can I be real for a second?" What follows is almost always better than the standard polite chit-chat for nice people (public radio stations are full of that). When Anna Burch sings, "I like you best, when you're a mess," I can't help but think she shares that affinity. "2 Cool 2 Care" puts a bubblegum filter on why people are most relatable when they're vulnerable. Burch feels lovably skeptical when touching on attraction and boredom; these are pop music staples for sure, but her spin on them is a fun one. This record should be a biggie in 2018.

When Jordan Rakei opens his mouth on "Eye To Eye," all you hear is heartache. The tone in his undulating voice, set to the strum of pretty guitar chords, breaks every romantic's heart. "It's the birth of a star," Rakei sings prophetically in the opening lines. You said it, kid.

The song, the first cut off the Australian singer-songwriter's second full-length, Wallflower, is a tale of all-consuming adulation told through juxtaposed poetic images. But the words might as well be nonsense as it's his sound — a quivering voice that suggests Devendra Banhart and Anohni — that carries the real message. The track, like the artist, daringly skirts pop, R&B and indie rock. It's an experimental variant of the sad bastard music we fall sway to when life turns blue.

Rakei is no also-ran. At the two-minute mark, he surrenders any notion of being Elliott Smith reborn when the music left-turns into a Radiohead-esque angular guitar maze. After two more minutes of vocal vamping, it morphs again into a synthetic anthem that fuses haunting "Karma Police" electric piano, mechanical drum rolls and cymbal-crashing syncopation. "Pleasure to have met you," he coos to his beloved. The feeling is mutual.

At first glance, this looks to be a rather unlikely pairing, but once you get past the initial shock of teaming the Italian film composer with the Brooklyn post-punk outfit, you realize this is a match made in heaven. The song comes from MILANO, Luppi's tribute to Milan in the '80s, spotlighting the decadence and deviance of the time. The city was alive, and the possibilities appeared endless. "Soul And Cigarette" shares this optimism, opening with the whimsical sounds of a glockenspiel and containing lush lyrics that are rich with imagery. Parquet Courts approach this song in the same manner as the The Modern Lovers or Pavement: a reserved style that holds back, but you know they could unleash power on a moment's notice. "Soul And Cigarette" is one of those songs that transports you to a time and place far away and makes you never want to leave.

From The Weather Station

Female voices are louder than ever, and The Weather Station is no exception. Toronto-based musician Tamara Lindeman, known as The Weather Station, has released her fourth, self-titled album, and a video for its latest single, "Thirty."

The song, and its socially relevant video, narrates a tale about the uncertain first year of her transitional third decade. In the video, Lindeman is performing alone in front of a crowd of men in a television studio. She conveys a lot with so little, feverishly telling a familiar story of being loved and dismissed. The airy quality of her vocals is endearing while she spins a vivid, intensely personal narrative through the lyrics. The detailed description of these accounts immediately reels you in: "Yeah, I could see it so simple, unsubtle / Impossible, clearly / And strange / Far and as close as a mountain range / On the horizon driving all day / There I was, so sane / So plain after everything."

With a voice that is often compared to fellow Canadian Joni Mitchell, The Weather Station has established her own brand of sad optimism coupled with the confidence and determination of Aimee Mann.

From The Pope's Long Con

When a song has been covered over a dozen times, you'd think bringing something new to it would be almost impossible. But Otis Jr. and a band of Louisville all-stars (including members of My Morning Jacket, Wax Fang and Twin Limb) do just that with this Willie Dixon classic. The track combines performances that hew closely to the source material with seemingly incongruous production, imbuing it with an almost Lynchian undertone. Commissioned as the theme for an investigative podcast, this track stands on its own as a soulful yet off-kilter throwback jam.

Charlie Yin, better known as Giraffage, is an artist whose eclectic music leanings have run the gamut in sound-painting, ranging from chillwave and deep dance to dream pop. His latest lush, atmospheric masterpiece, "Green Tea," (found on the studio album Too Real) possesses all those hallmarks and more. Featuring sultry, sensual vocal work by Angelica Bess (of Body Language), the track is a smooth, danceable ditty, but also a female empowerment anthem — a very timely sentiment considering the present climate of the country.

"Green Tea" was created in Giraffage's bedroom and took only 30 minutes to put together, but another six months to find the right vocalist to accentuate it. And Bess does that in spades. The song is a perfect marriage on wax: Bess' voice is the perfect complement to a melodic, dreamy production that liberally employs techno and deep house flourishes. The result is a tune that exudes authenticity and street credibility despite its move closer toward a commercial sound. It's clear that Giraffage has managed to become a master at creating a vibe — one that's refreshing, exhilarating and uplifting — which represents electronica at its finest.

Superorganism, 'Something For Your M.I.N.D.'

From Something For Your M.I.N.D.

Orono, an 18-year-old Japanese girl who just graduated high school in Maine after leaving her family in Japan to become "a musician or artist of some sort" and hopefully go to college in the States, met the rest of her band after scrolling though YouTube and seeing their song in the "recommended" section. She saw the band when it went on tour in Japan and met with them after the show at a Hard Rock Café. They became Facebook friends and "shared memes and all that" with each other for about a year until they emailed her a demo from New Zealand. She sent back the melody and lyrics hours later. That song would become "Something For Your M.I.N.D."

You might compare her voice to Kimya Dawson, but really, "I'm doing a rip-off of what Stephen Malkmus sings like," Orono tells me over the phone. She sings, or rather talks over wild production on this song. Above apple crunches for production, rubber-band bass lines and pitched-down background vocals that make the whole thing feel like it's melting, Orono serves as a calming guide on this journey through the M.I.N.D.

Stop me if you think you've heard this one before: A former Smiths member is making a political record. Now, what if I told you it wasn't the guy you expected (Morrissey), but Johnny Marr, guitarist and co-songwriter of the legendary Manchester quartet. Marr, patron saint of rock 'n' roll, has politics on the brain. As he told the British music magazine Q, "you're living in this world and you can't do anything about it. So much of the record is about dislocation. Whether it's being forced by the political system or because of personal demons. I was trying to imagine an alternative society." (I swear this is not a Morrissey quote.)

Cue "The Priest," a song featuring a spoken-word performance from British actress Maxine Peake, tackling a theme that cuts across all spectrums of life: homelessness. Joe Gallagher was homeless when he wrote the story behind this song (and its short film, seen below). According to The Guardian, Peake found Gallagher's story in a diary-like column, written for the Scottish magazine The Big Issue, that documented his time on the streets of Edinburgh. The words and subject matter resonated hard with Peake and Marr, and with the center of Manchester as the setting, Marr paints a driving, moody soundscape behind Peake's stark and vivid performance. I like spoken-word records because they force you to pay attention. It's a hypnotic song that's hard to ignore.

From Belle Of The West

This one goes out to all the women in the room who are just plain tired of trying to attain someone else's ideal, to all the women in the room who are ready to move forward and follow — or break — their own rules, and to all the women in the room who've finally said "enough." Samantha Fish doesn't mince words on the final track of her new release, Belle Of The West, and it all boils down to one very succinct line: "Thank God you're gone for good." With the kind of incessant foot-stomping and down-and-dirty slide guitar that's become a trademark of Fish's contemporary take on classic country swamp blues, "Gone For Good" follows a familiar trope: the breakup song, the revenge song, the "I'm better off without you" song. But Fish's way of looking at the situation feels fresh and earthy; she's angry, but she's not going to let her "losing grip on my sweet once-upon-a-time" hold her back.