After A Harrowing Bus Accident, Twin Shadow Is Back In The Saddle 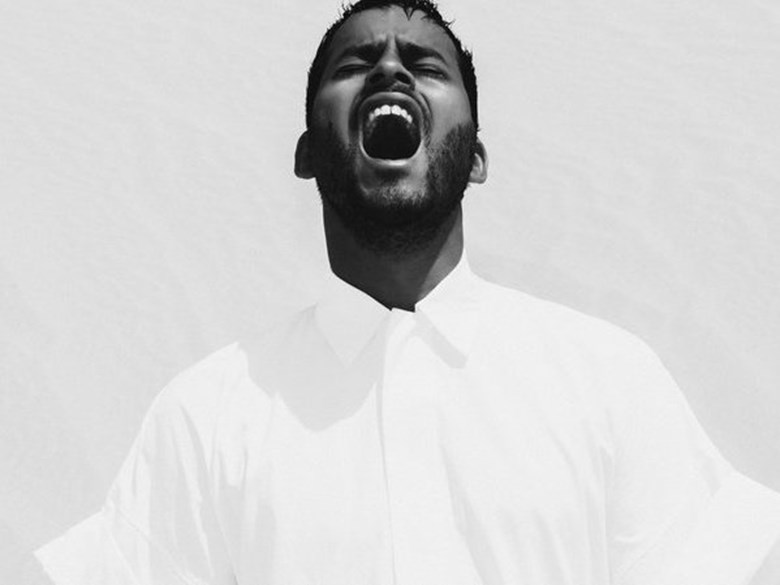 "If you get in an accident where you're not bleeding, motorcyclists say to just get back on and go ride for an hour," says George Lewis Jr., who performs as Twin Shadow.

Milan Zrnic / Courtesy of the artist

Singer and producer George Lewis Jr. performs under the name Twin Shadow. During his tour this past April, he and several members of his crew were almost killed when their bus hit a tractor-trailer one foggy morning outside Denver. Now, Lewis and his band have just restarted the tour after taking time off to heal. He recalls the accident in a conversation with NPR's All Things Considered.

"It was supposed to be springtime, and we just kind of kept running into the end of winter everywhere. Every time we'd get to a city, people would say, 'Oh, it was so nice the last two weeks!' and 'We're really sorry about the weather!' ... I remember feeling a great sense of relief when we got to Kansas City the night before the accident. The weather was just beautiful in Kansas City and we had an amazing day just walking around. "

The show went well, and their bus left town that night, heading west toward Denver.

"I usually stay up pretty late, but that night I decided to go to bed early," Lewis says. "I was kind of tossing and turning all night, which woke me up before the accident actually happened. There were 12 people on the bus, but I was the only one awake and actually up and walking around.

"I think my phone rang, and I reached for it — and right in that moment, I just was thrown across the room and kind of landed with everything that was in the back lounge on top of me. There was a couch that had flipped on top of me, a mattress had come off the bed and was on top of me ... The first thing I realized was that I couldn't pick myself up with my hand, then [I remember] looking at my hand and seeing the bones sticking, kind of making a teepee out of my hand."

Lewis says he's not sure exactly what had happened to cause the accident. Maybe the driver had been going too fast, considering the foggy weather, and wasn't able to see that traffic had slowed. Whatever the cause, Lewis says his first instinct was to get to bandmate Wynne Bennett, whom he calls his "partner-in-crime." She was stuck on the other side of a jammed door, but the two of them together were able to wrench it open. And then she saw his hand.

"She ... really started freaking out, and I just tried to calm her down and then slowly [started] calling out to people on the bus," he says. "The entire front was smashed like a sardine can, so there was really no way out of the bus."

"I've never seen people show up that fast. With a chainsaw, they cut out the whole side of the bus and got everyone out. Almost everyone had some kind of injury where they couldn't immediately walk. So everybody came out on these gurneys one by one. There was so many of us that the hospitals couldn't take everyone, so we kind of got split up between two hospitals, which was really stressful for all of us, because that was everyone's biggest concern: Is everybody going to be OK?"

It turned out that Lewis' badly injured hand needed reconstructive surgery. A specialist in Los Angeles ("one of these Michael Jordans of hand surgery," Lewis says) performed the operation, leaving Lewis with seven pins in his hand. That makes playing music a challenge.

"I can play guitar for a song or two, and then my hand really starts swelling up," he says. "It's just frustrating right now. I don't think I'll ever be 100 percent, but I consider myself a songwriter, not a guitar virtuoso. Piano, guitar, drums — these things are just tools. I'll still be able to create the music that I want to create."

Less than three weeks after the accident, Twin Shadow was booked to perform on Late Night With Seth Meyers. Lewis decided the show had to go on.

"I'm going to make a motorcycle analogy that a lot of people are gonna cringe at, but it's so the truth: If you get in an accident where you're not bleeding, motorcyclists say to just get back on and go ride for an hour," Lewis says. "There is something that it does to you. It kind of reverses this immediate fear of that thing.

"And it felt really good to do. It felt important."

Lewis will perform in West Sacramento during TBD Fest on Sept. 20.