TBD Fest Preview: Look And Listen With These Pub-Radio Videos 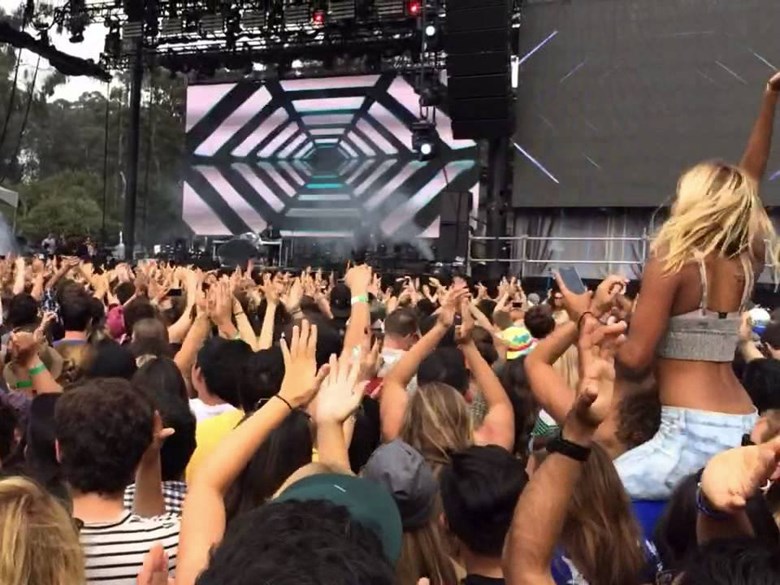 Every year the boutique music festival known as TBD Fest boasts a diverse lineup of electronic, hip hop and indie-rock groups. There are always some big names on the roster -- this year it's Tears for Fears and Dinosaur Jr. -- but the majority of acts fly somewhat under the radar.

We're fixing that with this collection of interviews and performance videos of TBD Fest artists produced by other public radio stations and CapRadio.

The Canadian synth/pop duo known as Purity Ring performed in the studios of Seattle's KEXP back in June.

Purity Ring is made up of Megan James on vocals and costumes and Corin Roddrick on electronic instruments. Roddrick plays a tree-shaped device of his own creation that controls sound and lighting.

Tycho started out as a primarily electronic artist, but since 2010 his live performances have featured a full band.

CHROMEO
The electro-funk duo known as Chromeo headlined the festival that became TBD Fest (then called LAUNCH) back in 2012. They put on such a great show organizers invited them back this year.
Santa Monica's KCRW brought Chromeo into their studios in May of last year, where they performed "Come Alive" from their album White Women accompanied by a six-piece choir.
CHANCE THE RAPPER
Chancelor Bennett (aka Chance the Rapper) plays with syncopated flows mixing rapping and singing. In 2013 he broke onto the scene with his second mixtape, Acid Rap, and drew attention from NPR’s Front Row during SXSW 2013.

Massachusettes-based '80s rock trio Dinosaur Jr. is known for its excessive use of feedback and distortion. The band became very influenctial in the '90 alt-rock movement and continues to inspire artists today.

George Lewis Jr. is a Dominican-American singer, producer and writer who performs as Twin Shadow. His song "To The Top" was featured in the recent movie, "Paper Towns."

Lewis played a couple songs live on KCRW back in March.

His older brother is one half of the group Chromeo, also playing at TBD fest this year.

In a 2013 Metropolis interview with KCRW's Jason Bentley A-TRAK talks about how he set himself apart from the competition at a young age.

Originally from Davis, the Los Angeles-based, indie-rockers Two Sheds sad down with Capital Public Radio's Nick Brunner for an in-studio performance and interview.