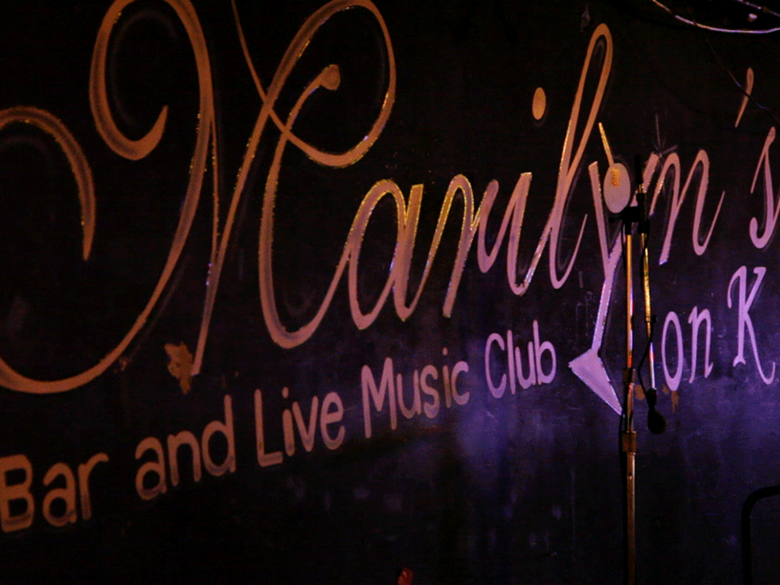 When news broke of Marilyn’s On K’s impending shuttering a collective cry rose from the Sacramento music scene. “Why?,” people asked. “What’s to be left of live music downtown?,” folks bemoaned on Twitter.

We gathered some of the people who were there at the beginning, and watched the venue evolve, to talk about their favorite memories and the venue’s contribution to the scene.

Danny Elze, one of the original managers and long-time bartender

Dean Haakenson, who plays in the band Be Brave Bold Robot 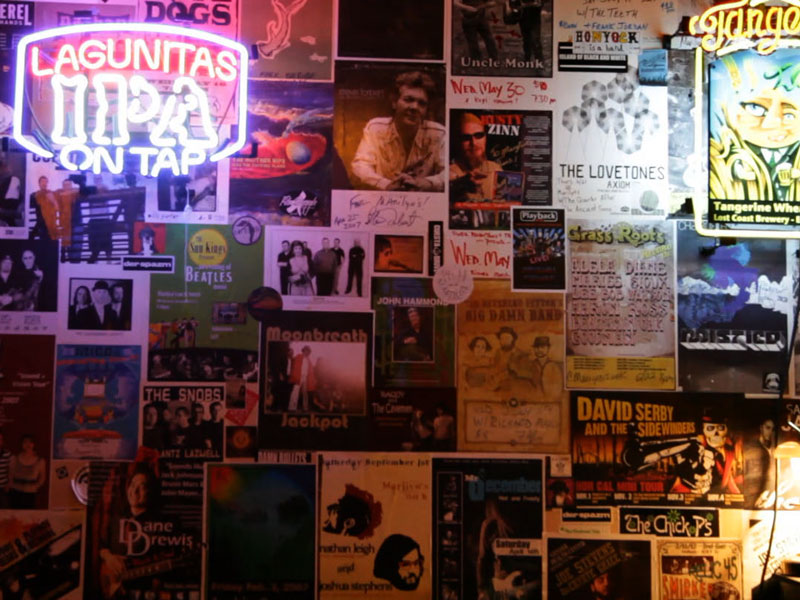 Here are some of their thoughts at the end of an era.


As for the why? Marilyn Swanigan explained:

“I’ve been down here for 16 years, just waiting for everything to take off. The arena is coming in two years, but that’s still two years away. It’s time for me to move on and not have to oversee the club. I’m so sorry I’m going to miss the big boom here. I’m getting older and I’m just ready to enjoy myself and do a lot more traveling.” 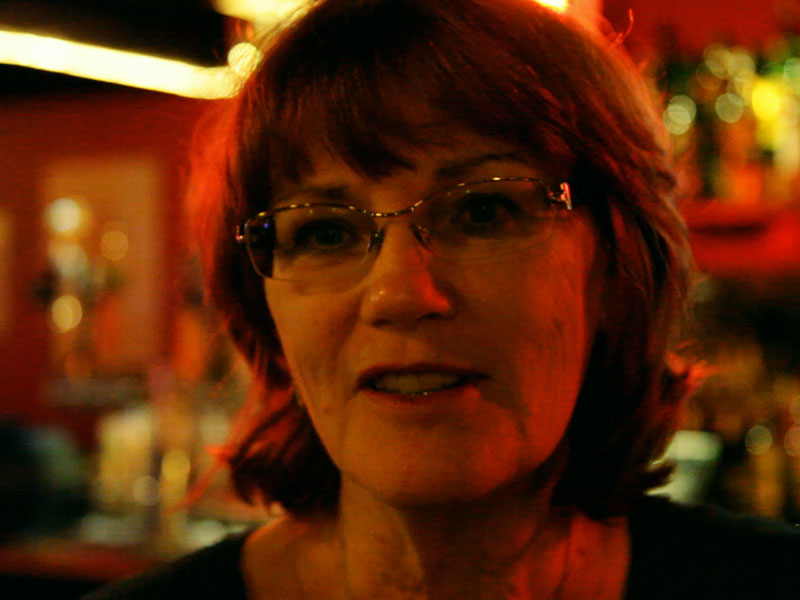 “Back about 2001-ish Danny and I formed an unholy partnership and I became part of the Marilyn’s Family. This is one of the very few places in the city that actually invested in performers. They actually gave performers a place to come and leave with a little jingle in their pocket.”

He said it was a really special time and place in those days. Jackie Greene worked his way up the ranks and even when he was too big to place that room, he still came back.

“It was built on a succession of friendships and developments – it sort of circulated the energy. It was a long running history of that. It made the place special. We created a smell, we smelled like Americana.”

“There’s going to be a void in the sense of the Karma of this place and what was created here.  Most clubs were basically a business plan. This was a deal done on handshakes and slaps on the back and hugs and a lot of brandy.”

“It was kind of like a blue jean and Levi coat paradise. Our own little Americana Camelot.”

“I’ve always really enjoyed Americana music. An acoustic guitar, a harmonica and some insightful lyrics and I’m hooked. I came across Jackie Greene on March 28 2002 and I said ‘I’m booking you at least one weekend a month – I don’t care if anybody comes.’ The first time he played we had 17 people, no cover. Just kept booking him week after week.

“I think it helped a lot, it brought a lot of people to Sacramento that weren’t here before.”

“Every musician needs a community place, a gathering place for people to come and hear them. To have a place like Marilyn’s, specifically with Jackie having a launching place, it coalesced an audience like I haven’t seen since I left Chicago.”

The Americana Scene thriving through Marilyn’s allowed Giles to form the Americana Ramble, a weekly concert series which took place at Marilyn’s from 2006-2007. The series was hosted by

“It was a really good, warm gathering place for people to come, and that’s important in such an ephemeral business as night clubs.”

“I’m sorry to see Marilyn’s go, but we’ve had a couple other venues go on this block in this month. I know that music lovers will always be out there and people should always go to see live music. Where that’s going to happen – I’m sure we’re going to see new places spring up.” 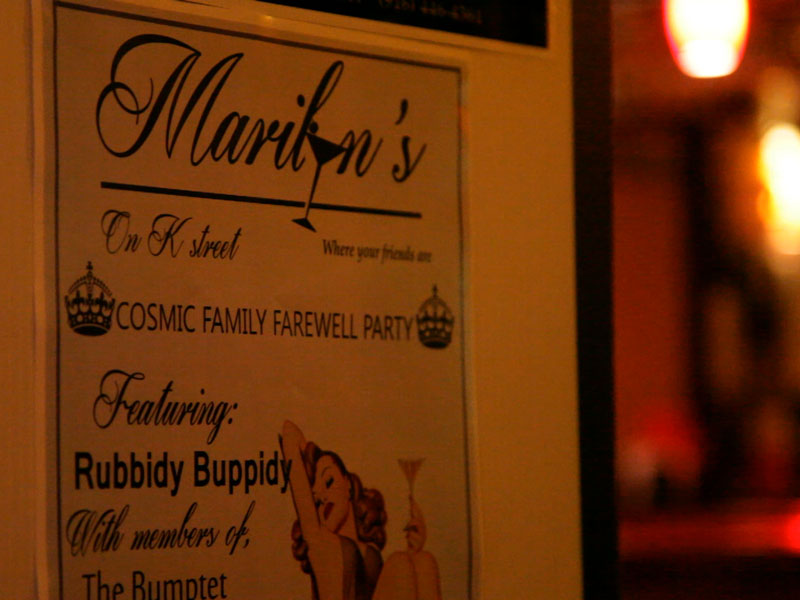 “When I first started playing ten years ago, young in my 20s, intimidated by the scene and the downtown in general. You learn to love what venues you love. When Jackie Greene was blazing through the scene becoming super famous, that’s something I took extreme note of. It’s been, in my life and in the life of Be Brave Bold Robot the band, a pretty continual force as a fun venue where a fun time is going to be had and you’ll make a little bit of money from the door.”

“It’s been constant; it hasn’t opened and closed, as some venues tend to do.”

“It creates a historical reference in the lives of people who live in the city. If you have a place that’s been there for a certain amount of time it cements itself in the plotline that is your relationship with the city. Marilyn’s has successfully done that just by existing.” 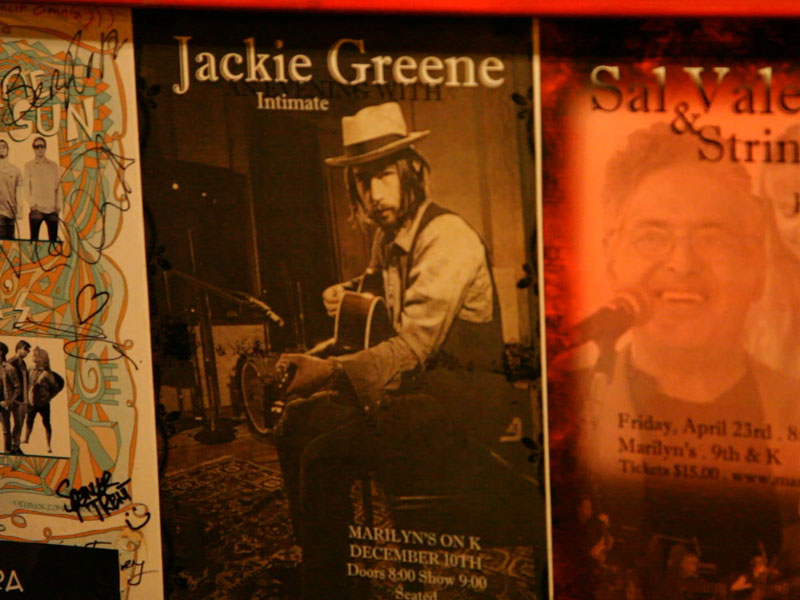 Brian Rodriquez is busy booking an entire day of music for November 1st, the last day they’ll be open. Combing through the venues’ database of more than 1,600 performers who’ve graced the Marilyn’s stage in the past 16 years. 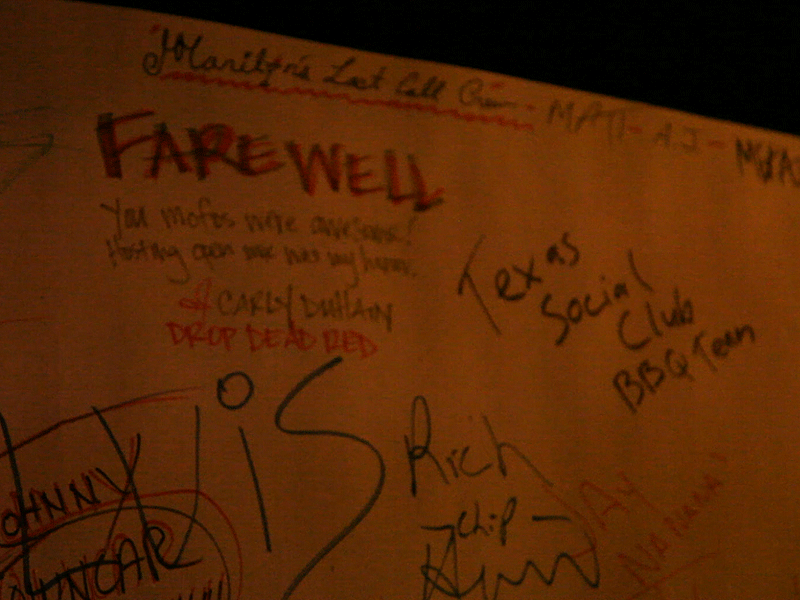