(Hit that play button at the top of the photo for an exclusive first listen of a track off the new album: "Broken Petals," from Vignettes)

Exquisite Corps recorded their sophomore album this year with a new sound and altered lineup. The band just played the Lighting in a Bottle music festival, they had a beer named after them, and enjoyed a monthly gig at Low Brau as a fundraiser to press their new album on vinyl. They’ve been keeping busy.

Some people really enjoy methodically measuring out just the right amount of flour, delicately cutting the butter into the flour for a fluffy, perfectly formed pastry. Some people would rather grab a little of this, a little of that, do some chopping, throw it all together in a pot and produce a spontaneous, surprising mix of flavors.

Both culinary approaches produce dishes that delight and uplift the senses – and both satiate a specific craving. If Exquisite Corps’ last album was a perfectly balanced soufflé; ethereal, sweet yet deep and important, their new sound is more like a rich stew, meaty and filled with tasty bits to chew on.

Bryan Valenzuela says one word that really captures his feelings about the new work is “raw.”

Exquisite Corps made a mark on the Sacramento music scene in 2011 with the use of violins, giving the band a classical quality. This new album takes the group in a less orchestrated direction as the two violinists, Kristin Arnold and Reylynn Goessling, left the band.

Valenzuela writes a lot of the band’s songs and play guitar and sings lead. He says moving from a “baking” strategy to a “stir fry” method, was very freeing for him.

“It’s a little more raw, rock ‘n’ roll, than it is that refined orchestral [sound],” Valenzuela said. “We’re kind of embracing that.”

When working with the string players Valenzuela said everything had to be planned out, while when it’s just the drums, bass and keyboards they can experiment more.

“There aren’t many string players that can just jam along band,” said Robby Dean, who plays drums and sings in the band. “We started making it more of a collaborative thing."

Nathan Webb on bass and Adam Rice on organ and keyboard, make up the rest of this collaborative group.

We have a first taste of that new sound with an exclusive debut of the fourth track “Broken Petals,” off Exquisite Corps’ sophomore album, Vignettes - just click the "listen" button at the top of this story.

If you fell in love with Exquisite Corps because of the orchestral nature of their sound, don’t fret. The strings are back for the album release party, September 20 at the Witch Room in Sacramento.

“We're going to have parts of the set as a quartet - as the band is in its current incarnation, parts with our string section, and parts with a small horn section,” Valenzuela said. There will be a DJ before and after the set.

The show is ages 18 and up, $8 in advance and $10 at the door. Tickets are available a Dimple records. 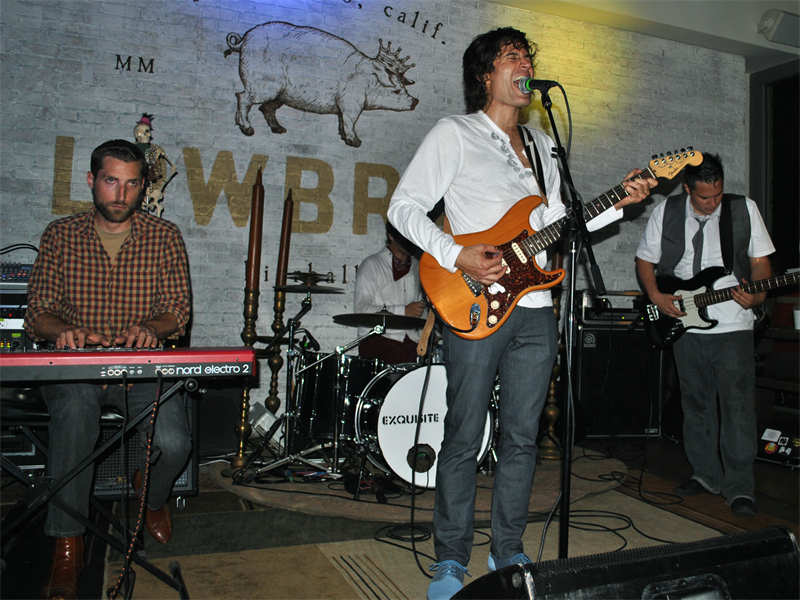