Beatnik Reopens In A New Space: Weddings And Original Art

Beatnik’s operations were growing fast and losing business because the original space wasn’t big enough. So Calmettes and Davis looked around and found a 100-year-old 12,500-square-foot warehouse on 7th and S streets in Sacramento. They were able to purchase the space with help from family. 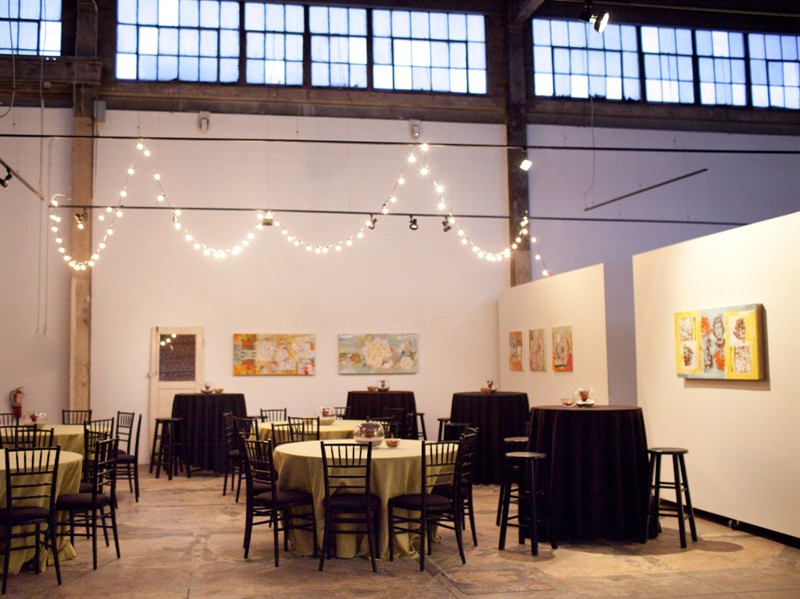 Escrow closed last August and they’ve been working on getting the space up and running ever since. They first had to do a custom office build out, then added bathrooms and a catering kitchen, and eventually they’ll put in a new entrance and a big, outside deck area.

“It’s just one project to the next,” Davis said. “The nice thing about this building is we can continue to grow as we make more money. Our long term goal is to make this building amazing. All the money the building can generate is going right back into the building.”

Beatnik is still a gallery, studio, and venue – but the big money maker is events, specifically weddings.

Davis and Calmettes are professional photographers and weddings come with that territory. Event organizing and photography are very different though, and not exactly what Davis or Calmettes planned to do originally.

She says Beatnik evolved to fit the economy.

“There’s always been a budget in the wedding industry,” Calmettes said. “People are always willing to spend on their weddings.” 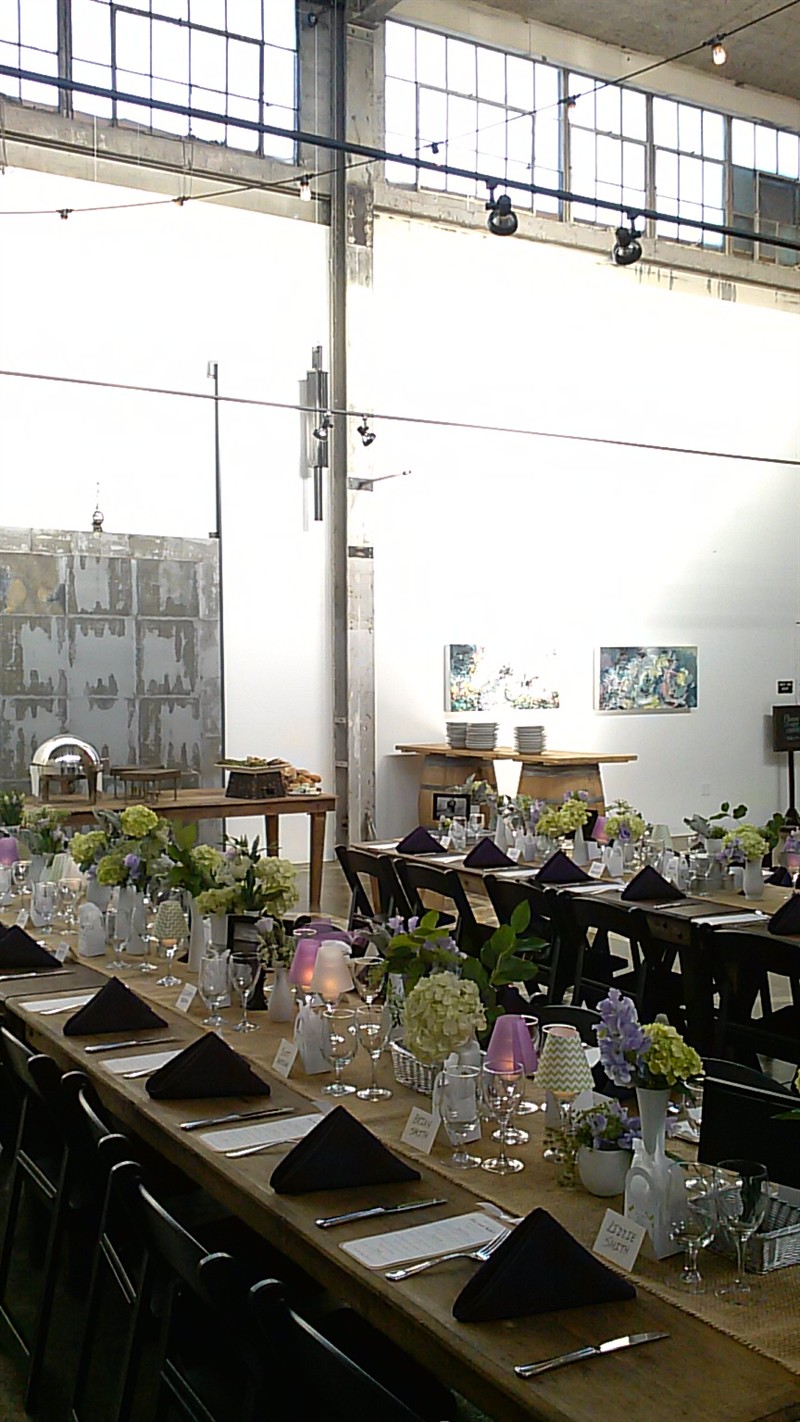 Davis sees weddings as a way to support the art scene by bringing in the money to keep the studio open.

“I’m really passionate about the city of Sacramento and keeping a thriving art scene going, so if I can give back in more ways than being a photographer, I’m thrilled,” Davis explained.

Beatnik allows him to get work and give back, so he’s happy to host money-making events in the space allowing the gallery to thrive and take risks.

"Event revenue allows us to progress with the unique vision of the art gallery without absolutely having to rely on sales,” Davis said.

Kelly O’Connell moves that unique vision forward as the art curator for Beatnik. She says she wants to highlight emerging, interesting artists and convince everyone to buy original art.

“If you want original art in your community you need to buy original art,” she said with conviction.

Not completely relying on art sales to fund the space allows O’Connell to take chances on little-known artists. Davis said she brings together shows that you wouldn’t normally see in Sacramento.

“She has done an amazing job of curating these emerging artists,” Davis said about O’Connell’s work. “She’s creating a new space for this important art work.”

Davis says the art scene is struggling, and separating the art from the business model allows for them to experiment with new ways to get people excited about art.

“The art scene has changed a lot. The old stable of art buyers aren’t buying art anymore,” Davis said. “It’s very competitive out there. There are only a couple galleries in town that really make it. Most of the galleries are on their way out, closing down or just not selling art.”

Davis said when people have the option to hop down to a big box store and pick up a huge photo of New York to fill a whole wall; they’re less likely to buy original work.

“None of that stuff looks or feels or has the story of original art,” Davis said. “You have to look at how you approach your buyer and the story you’re telling.”

O’Connell sees the same trend and is trying to reverse it.

“We’re in a really tricky spot right now - so much [art] is being outsourced. If you outsource your art you’re not leaving much to say about your culture,” O’Connell said. “We want these people to still make a living and have kids and dogs and afford paint. My favorite tagline is ‘only you can prevent starving artists’.”

It’s that story that O’Connell says she's is looking to tap into and tell world, piece by piece, artist by artist.

“I try to find people who are completely invested - hardworking - they’re just really an expert in their medium,” O’Connell said about who she chooses to bring into the gallery. “It’s really about nurturing the young artists that are in Sacramento. We’re giving them the opportunity to show in a beautiful space.”

O’Connell said having a gallery in a wedding venue comes with its own set of challenges.

“We have to deal with the reality that there’s going to be a wedding on Saturday - I can’t have a sculpture made of knives,” she said. “The other side of it is I can show work that’s new and interesting. Things the public might not be ready for. We can give them a shot because we have other revenue sources.”

In its old space, Beatnik was a popular music venue, but the acoustics are problematic with amplified and distorted sound in the new warehouse. Davis hopes to improve the acoustics and start booking shows again in about a year. 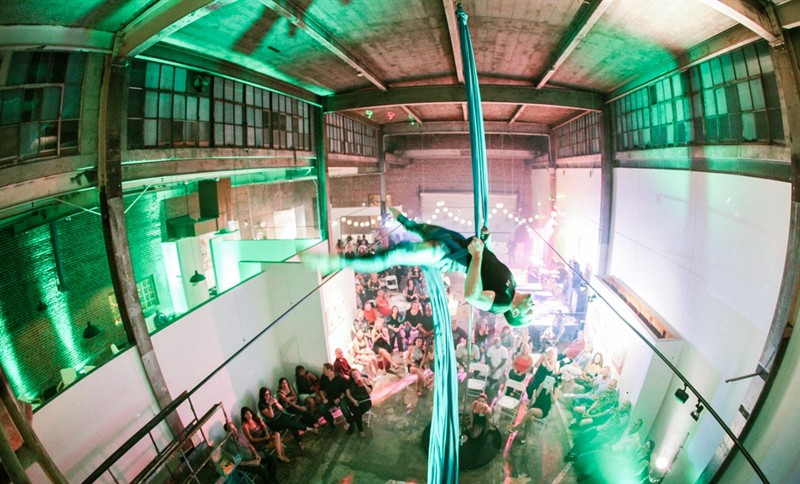