Why Is This The Last CapRadio Used Record Sale? We have Answers. 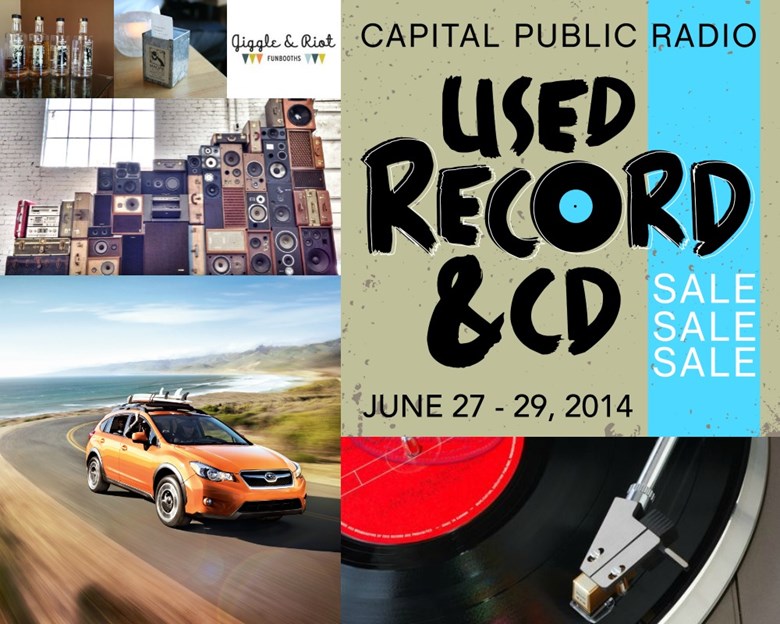 Yes, the rumors are true. This year will be the last time we put on the giant treasure hunt known as the CapRadio Used Record and CD sale.

June 27th is the very last preview party, and the 28th and 29th will be the last days open to the public.

The news came as a shock to some of our listeners, and many wanted to know know why we are ending this annual tradition.

"People are switching to digital and not buying physical media like they used to,” he said. “It’s a lot of work to stage. It’s fun… [but] it’s better to stop doing it while we’re ahead.”

"Every year we get less and less LPs and more and more CDs. Which isn’t all bad. The CDs sell really well," Newhall said. “At $4, it’s hard to beat.”

Newhall has overseen this venture for the past six years.

“It’s a chance to do something really different,” Newhall explained. “I end up setting up and running a little retail operation, and because I’m not tied to it – it’s just enough.”

Because this is our last year we’ve decided to go out with a bang; or at least a big, fun party with Mick Martin & The Blues Rockers performing Friday night.

The preview party takes place Friday June 27th from 6 to 9 p.m. There will be tastings from Amador Distillery and Silk Road Sodas, and food from Magpie Café. We’re also kicking off our annual Subaru raffle that night. We’ll have the car on the floor for people to check out as well as a photo booth by Giggle and Riot. If you buy your raffle tickets at the event, you’ll be entered to win a custom vintage suitcase boombox from Boomcase.

Come on down and give this event the send-off it deserves. Check out the event details on Facebook.