How Do We Afford Our Rock'n Roll? : Crowdfunding The Music Scene 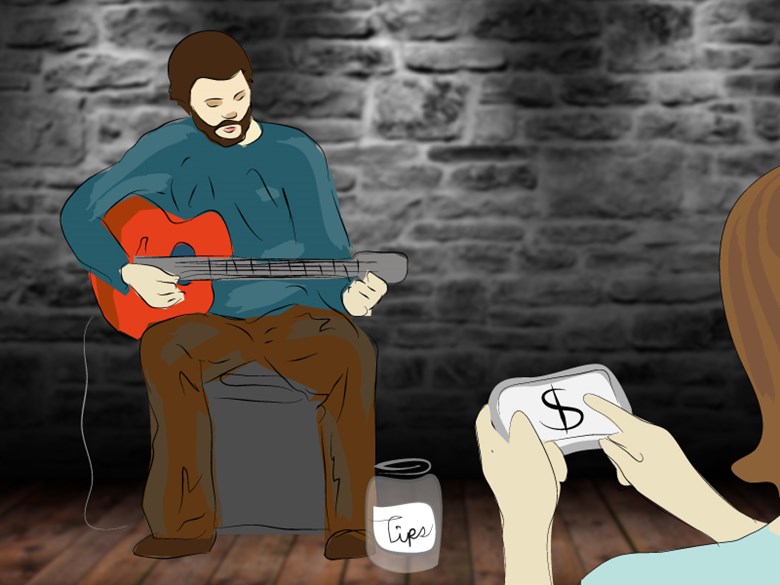 The way bands produce and fund projects has changed drastically over the past 15 years. Production costs have gone down thanks to cheaper, user friendly software and recording equipment, distribution can happen online without much overhead. Promoting shows and connecting with fans has gotten way easier thanks to social media – but one major fallout of the digital revolution for musicians is people just aren’t paying for the product anymore.

What does that mean for small local bands trying to make it? Many are turning to Kickstarter to rustle up extra cash to fund projects and ease the burden on their own pockets.

If you browse through Kickstarter music in Sacramento, you’ll find 123 projects in the archive. About half of these didn’t make their goal – but the rest hit or exceeded the amount request for funding the project.

Kickstarter is a “crowdfunding” website. Bands, artists, creatives, inventors and people with ideas present their product or idea in video form on the site and include incentives for people who pledge money to fund the project, If they meet their goal in the allotted time, they get the money, the project happens.

LeVar Burton recently raised a million dollars in less than a day on Kickstarter to bring back Reading Rainbow. Locally it’s helped send bands on tour, produce albums and videos and keep being generally awesome in the face of challenging economic factors.

When Tim White, the founder, singer and multi-instrumentalist of old-time honky-tonk band The Alkali Flats, started making music in the Sacramento music scene funding the music habit was entirely different than it is now.

“In the 90s you could release stuff and people would buy it, so you could actually sell enough to fund the next project,” he explained. “That kind of changed when the digital format came into play. People started buying stuff less.”

He said bands had to get creative about funding and executing projects.

“Everything became more out-of-pocket,” White said. “A lot of bands were looking at trying to produce less.”

Kickstarted launched in 2010 and it was in March of 2011 that the site caught White’s attention.

The Alkali Flats album project is the fourth local music project to be posted to Kickstarter.

White admits he went into the process not knowing much about it, but it really helped moving the band along at a time when there wasn’t a lot of money to be had selling CDs.

“We were going to do the project regardless. Doing the project through Kickstarter made it a lot easier,” said White.

Since then more and more bands have turned to crowdfunding for their projects. As for the Alkali Flats, honky-tonk music has enjoyed a popularity boost and they’ve been getting more gigs. They were able to release their last album the old fashioned way – using the money they earned playing shows through the year.

Blake Abbey, of indie-rock grou Musical Charis, recently completed an Indiegogo crowdfundingcampaign for a music video. It’s the same idea as Kickstarter, but if you don’t reach your goal you still get all the contributions. He was resistant to the idea at first.

Musical Charis is partnering with Fearing Productions to shoot a music video in multiple Sacramento locations.

The director, Nick Anderson, convinced Abbey that if their premiums were cool enough the campaign could be a great way to cover the cost of renting the space for the video.

“I was surprised it went so well,” said Abbey.

Musical Charis has done a number of videos and they always funded them through money from shows, partnerships, and on one untraditional occasion:.

“We made almost $11,000 at a weekend yard sale,” Abbey explained. This band is familiar with creative funding strategies. Abbey feels this will probably be a one-time thing for them.

“It’s good to ask for help but not too much,” Abbey said. “You have to do a little work yourself.”

Musical Charis actually gets help from their record label, indie outfit JMB Records who pays for record pressing and distribution. The kicker is that every penny the label provides has to be reimbursed by the band.

“It’s like a bank,” Abbey said. “But any help you can get where someone isn’t creatively controlling you is good help.”

A plus for crowdfunding, Abbey says, is the knowledge that there are people who believe in what you’re doing. He says it makes him want to work harder to make something truly great.

Musical Charis plays Harlow’s June 11th with Ages Ages. The band’s music video for “The Fortune Teller,” is set to come out late this summer.

Marty DeAnda has seen it all. DeAnda helped launch Jackie Greene’s career and footed much of the bill during those early years. More recently, DeAnda took talented high-schooler, Parie Wood, under his wing taught her the business and  helpedher release her debut EP as she graduated high school (valedictorian no less).

While much has changed in the music world – DeAnda says the key to success remain regular touring; that means having the money to tour.

“You have to keep being in front of people and giving them a show they’ll remember.”

Since first hearing about Kickstarter DeAnda has seen it as a great idea, if not a panacea. He was mentoring Wood at the time and they sat down and made a little business plan for releasing her EP and funding it through the site.

They knew exactly how much they needed to make the record and asked for just that and exceeded the goal. It was a great option for Wood, but DeAnda says it’s just one solution to a multi-pronged problem with funding musicians.

“The industry is completely in a hole in every aspect,” DeAnda said. “Venues don’t support artists. There are so few under 21 venues, which means we’re not developing talent. No one wants to manage you because there’s no money in it… No one wants to be your agent.”

“If no one buys anything that band is just as broke as the band no one knows about.”

A while back DeAnda retired from managing Greene and now spends most of his time selling used vinyl online. He doesn’t manage bands anymore, Wood was a special exception and she’s focusing on work and school right now.

Many musicians in this town just want to fund their habit. They’ll keep creating, no matter what, it’s what they’re driven to do – but they want to make music and not go broke. This has forced bands to get more creative, from crowdfunding to yard-sales – the bills have to get paid.