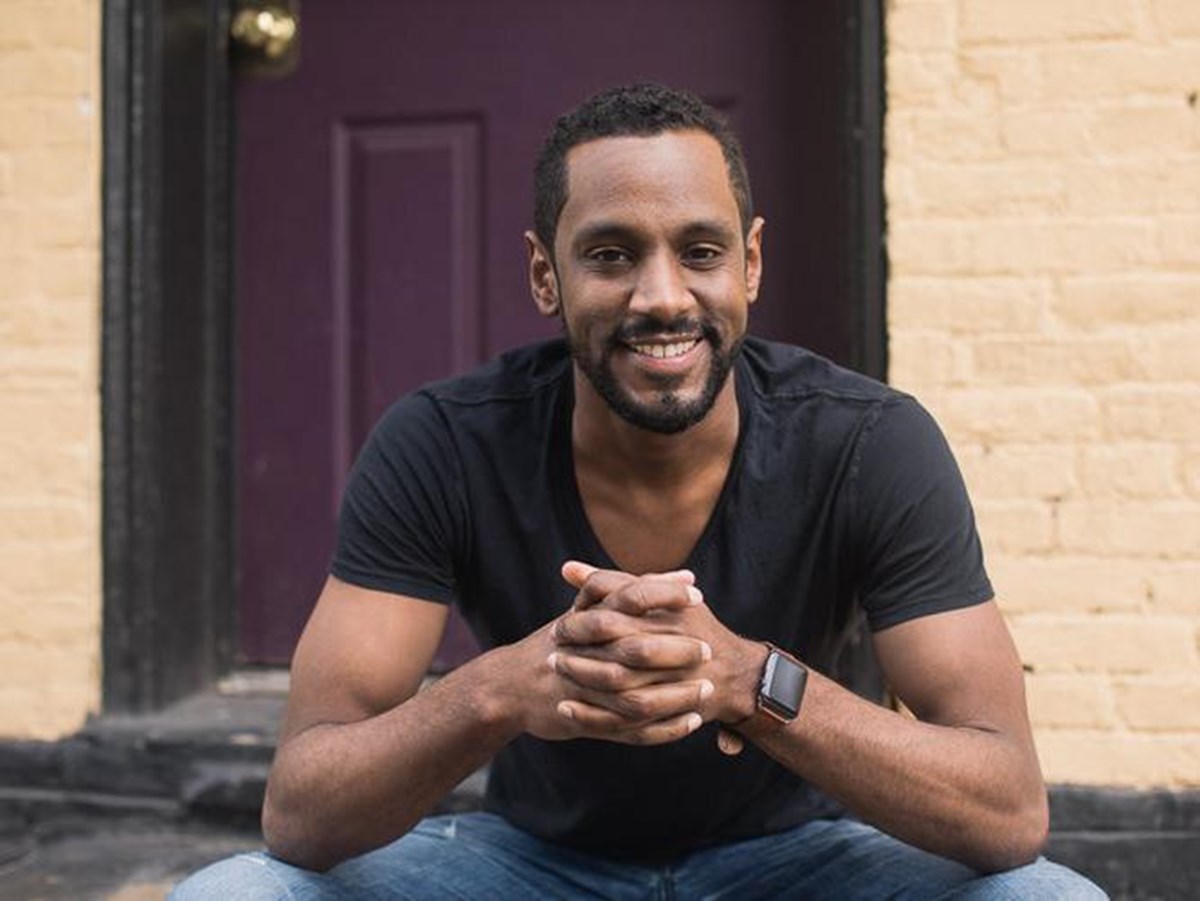 In 1838, Georgetown University was facing bankruptcy. Their solution? To raise funds by selling 272 enslaved men, women and children of African descent to sugarcane plantations in Louisiana.

Composer Carlos Simon is setting out to shed light on this abhorrent event with a new work called, “Requiem for the Enslaved.”

Simon is the composer in residence for the Kennedy Center and has been highlighted by the Washington Post as a composer and performer to watch in 2022. His music combines many genres, most notably gospel and contemporary classical, and has often served as a commentary on relevant social issues, including the murder of George Floyd.

“Requiem for the Enslaved” is based on the ancient musical form invented by the Catholic church in the middle ages. A traditional requiem is a somber, multi-movement work that has become a staple in classical music. Usually scored for a large orchestra, choir and vocal soloists, the requiem often became a masterpiece in a composer’s repertoire. Famous iterations of the musical subgenre include works by Wolfgang Amadeus Mozart, Gabriel Faure, and Giuseppe Verdi.

Simon’s “Requiem,” a giant 10-movement work, stands out from the rest of the pack. It’s a 21st-century rendering comprised of a chamber ensemble, an improvised trumpet, spoken word from hip-hop artist Marco Pave — Georgetown’s first hip hop artist in residence —  hints of Gregorian Chant, and Simon on piano.

Georgetown asked Simon to compose “Requiem” after discovering such a horrific event in their own history.

Simon was heartened to hear that the University was taking action to address its past mistakes. He said, “I wanted to join in the conversation in an artistic way ... It shows that [the university] is willing to work to understand its history and to sort of reconcile on the way."

In preparation, Simon went down to the very plantations in Louisiana where the group of enslaved Black Americans were sent. He explained that this was a significant experience saying, “[I] wanted to be in the space and just sort of let the energy of that space get in my spirit, in my core, so that when I went away [to compose], it would just kind of be part of the process — natural, organic.”

Most impactful to him was the humidity. He visited in March and says he felt like he “was in someone’s mouth.” That helped him truly imagine what it must have been like to be enslaved out in the sugarcane fields in the much hotter summer months.

During the visit, he also looked up the descendants of the enslaved people, most of whom are still living around that area. He said, “I wanted to get their blessing. I wanted to make sure that I was first saying things that they thought would be respectful.”

You can hear the voices of these very descendants in the opening of the Requiem as they speak the names of those who were enslaved.

For Simon, music is a good vehicle to tell these important stories. He says “Playing in my father's church in Atlanta … people would come sort of broken into service. And at the end of service, I felt like they were lighter. So it was very much a part of who I was at a very young age, of using music to help people. And I wanted to continue that in my writing.”

Much of the Requiem is, in fact, improvised — the piano and trumpet parts in particular. Conversely, the traditional chamber ensemble parts are fully composed. The blend of the two approaches is nothing short of hypnotic.

Beyond the helpful, healing nature of music, Simon also sees composing as an opportunity to create an awareness of social issues. He hopes when he writes these pieces that they help to provide a sense of openness and empathy that wasn’t there before; or that they are illustrative of a specific lifestyle or culture.

“I think all of these pieces that I write have a sense of a political or social justice element,” he says. “That was always the intention: to show the humanity in all of us and across the board.”

According to Simon, the overall purpose of “Requiem” is to commemorate those who have passed on and to give life to the memory of those who were enslaved. It’s also an opportunity to talk about how slavery is linked to systematic racism around the world, not just in this country. It also gives us an opportunity to try using music as a platform for that discussion.

You can check out the entire Requiem for the Enslaved here: