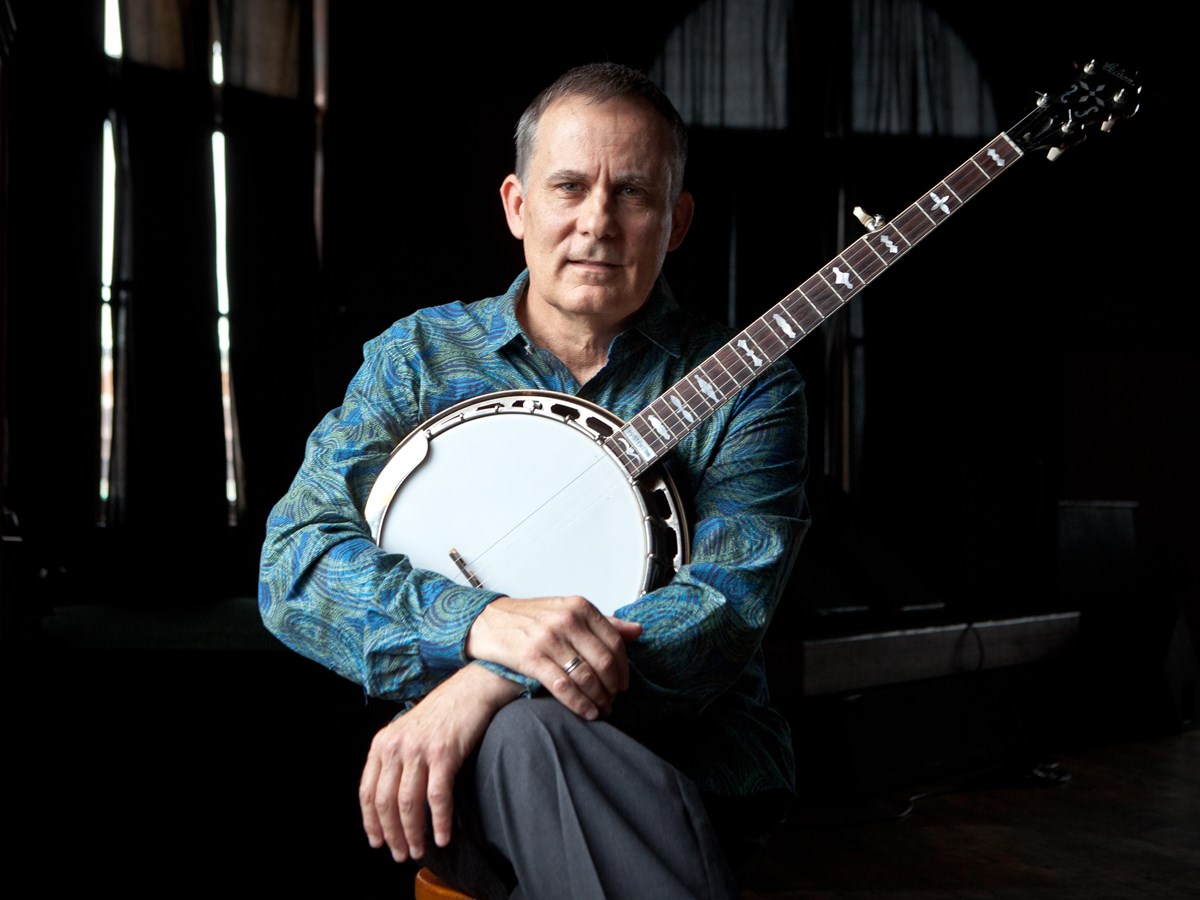 The banjo isn’t exactly the first instrument that comes to mind when you think of the classical concert hall, but Virginia native John Bullard has blended his background in bluegrass and Bach  to bring the unlikely instrument into the classical spotlight.

A longtime performer of the music of Johann Sebastian Bach, his most recent album is a throwback to the Baroque composer’s two famous books of preludes and fugues known as the “Well-Tempered Clavier.” The collection of new compositions by American composer and fellow banjoist Adam Larrabee is entitled “24 Preludes for Solo Banjo, Vol. 1.”

Bullard and I connected recently to discuss his latest release and why the banjo is a better fit for classical music than you might expect.

On commissioning new music for the banjo

I was kind of steered into the idea of commissioning new works by my teacher, John Patykula. John was always encouraging me to commission some new music for the banjo rather than only relying on transcriptions of older works.

He relayed to me the story of the great classical guitarist [Andres] Segovia and how, when he started out, he relied mostly on transcriptions but eventually began to commission new music from living composers of his day.

Today a lot of those commissions that came from Segovia make up the standard repertoire for the classical guitar.

On working with composer Adam Larrabee

I was talking to John Patykula, and he said, “well, you should talk to Adam,” and I had met Adam through my teacher because Adam and I both went to Virginia Commonwealth University in Richmond.

We were kind of tossing some ideas around, and Adam said, “you know — what hasn’t been done for the banjo, and probably would be a good place to start with new music for the banjo would be a cycle of 24 preludes”. One prelude in every key major and minor is kind of a tradition that comes out of classical music and goes back to Bach and the Well Tempered-Clavier.

Each one is its own little world, really, and Adam purposefully did not compose these as a homogenous work. He intentionally made each one its own little soundscape and they each feature either some playing technique or compositional idea.

On his banjo-playing roots

[I started playing the banjo] somewhere between [the ages of] 12 and 13. I was one of those kids that got slammed by hearing “Dueling Banjos” on the radio back in the ‘70s, and that just really knocked me out, hearing that.

It would go on forever, and then finally, they would launch into the bluegrass picking. That was just a really weird thing as a young person to hear on the radio, and it really, really caught my attention, and [I] was like “I gotta learn how to do that.”

That was the same era where the film “Bonnie and Clyde” came out, and “Foggy Mountain Breakdown” by Earl Scruggs was the theme music.

Also at that time you could turn on the “Beverly Hillbillies” on TV and occasionally catch Earl and Lester on there. It was those things that really hit me as an impressionable kid and made me wanna learn how to play.

On getting into classical music

When I went to music school at [Virginia Commonwealth University], I was, in a way, trying to get away from the banjo, believe it or not. Because aside from bluegrass, there wasn't a whole lot going on with the banjo. I was looking to find some other outlets for music, and I entered music school as a composition major.

That’s when I started studying classical guitar. But the word got around the music department that my real instrument was the banjo, and so one of my teachers asked me to bring the banjo in for show and tell.

So, I played a few bluegrass tunes, and I was putting the banjo away, and the teacher came up to me and tapped me on the shoulder and said, “hey, have you ever thought about playing any renaissance or baroque music on the banjo? Because to me, it sounded a lot like a lute or a harpsichord.”

That was like the lightbulb moment for me where the whole thing started; that one teacher.

On raising visibility for the classical banjo

Every time I play somewhere in concert, people really enjoy hearing the banjo in this classical context, and they always say, “I never thought of that,” or “I never dreamed a banjo could sound like that.”

They’re always sort of happily amazed at the sound, and they really enjoy the experience. So, I know that I'm slowly converting people, hopefully, more and more, you know.

There are more people that are interested in learning at least some classical music to have in their repertoire. It’s kind of become a thing to have a couple Bach pieces in your bag of tricks.