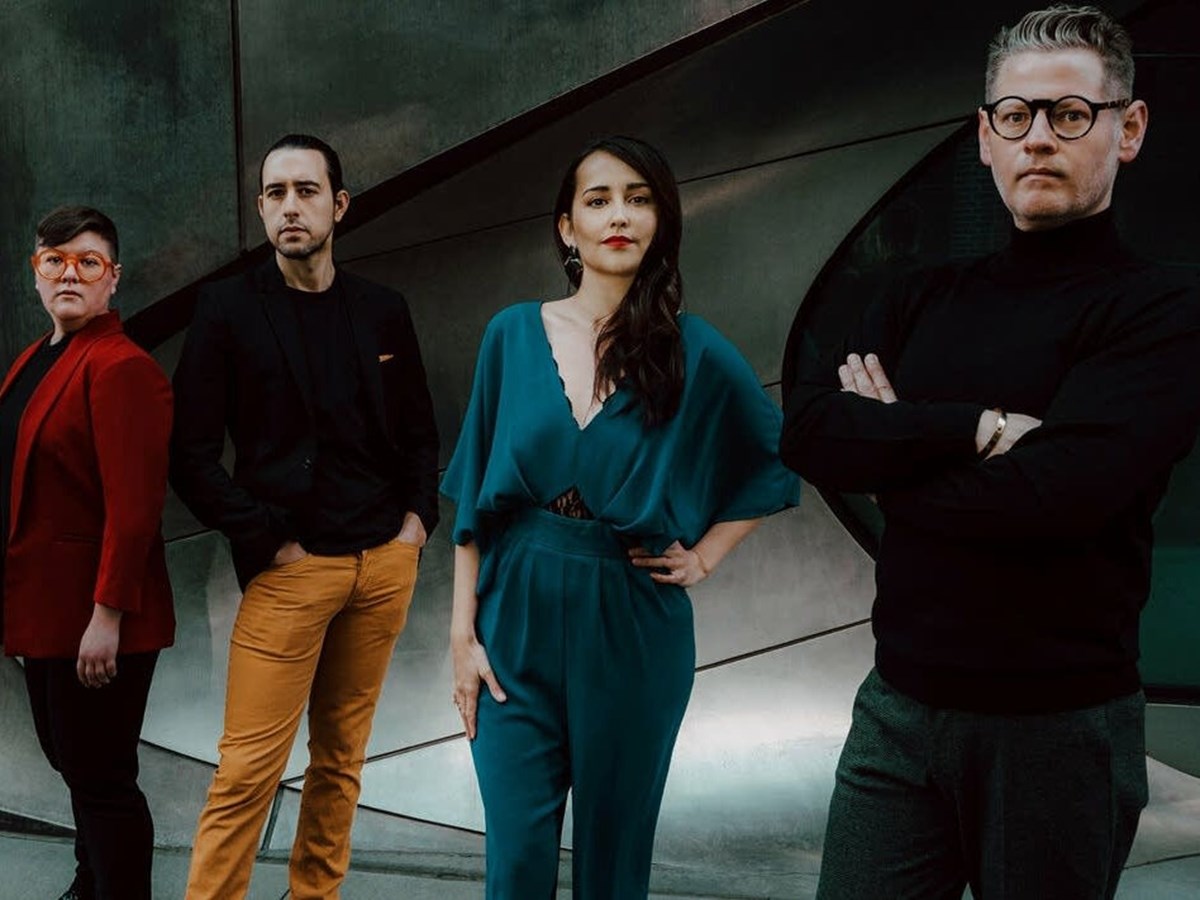 “She just wanted a chance, and she never really got it,” violist Paul Laraia said about composer Florence Price. “It's so fulfilling that we were able to release all of this chamber music. Four of these works have never been recorded.”

Last year, his group, the Catalyst Quartet, launched its first album in a series of recordings commemorating historically important Black composers. The group’s latest CD, Uncovered, Vol. 2: Florence B. Price, is the second recording in that series.

Why is the title “Uncovered” significant?

“Back in 2018, when we were formulating this project, we thought about that title. We felt that it best described the reality in which these composers’ music never went away. We needed to focus attention back onto them.

“In the case of some of these works, like the works of Florence Price, there was a little bit of detective work. We had to go to the actual library in Arkansas and collect manuscripts in order to make this recording, because the publishing companies that own the rights just aren't pumping out the music fast enough for it to be heard.”

Can you tell me about the featured guest, Michelle Cann?

“She's just incredible. She is a consummate chamber musician and has all of the incredible facilities and musical intellect to solo. She also separately was taking up her own mission involving the music of Florence Price.

“Having her perspective was a really great thing for us, even for all four of us when we play the other pieces that didn't have piano. For instance, one rehearsal we were working on the ‘Juba’ movement from the long Piano Quintet in A minor. We were asking Michelle what her take was on swinging some of the rhythms.

“To the nonexpert, it can sound like ragtime, but Michelle told us that we needed to listen to the Robert Nathaniel Dett version to get the idea of what was in Price's ears when she was writing those rhythms.”

Can you talk about what we hear in 5 Folk Songs in Counterpoint?

“There's an emotional and conversational aspect to every one of the entrances and voices that take us with a through line. In the case of the five folk songs, I think there's a through line that spans the entire work. We feel this journey going all the way through. The third movement is a slow chorale that’s really gorgeous, and I think it serves as an emotional center point.

“The goal is not for our recording to be the only definitive set. The music is so dense that it can be interpreted so many ways. It deserves a collective effort in order to move us closer to having better and stronger interpretations of her music and for her music to be more widely available and known.”