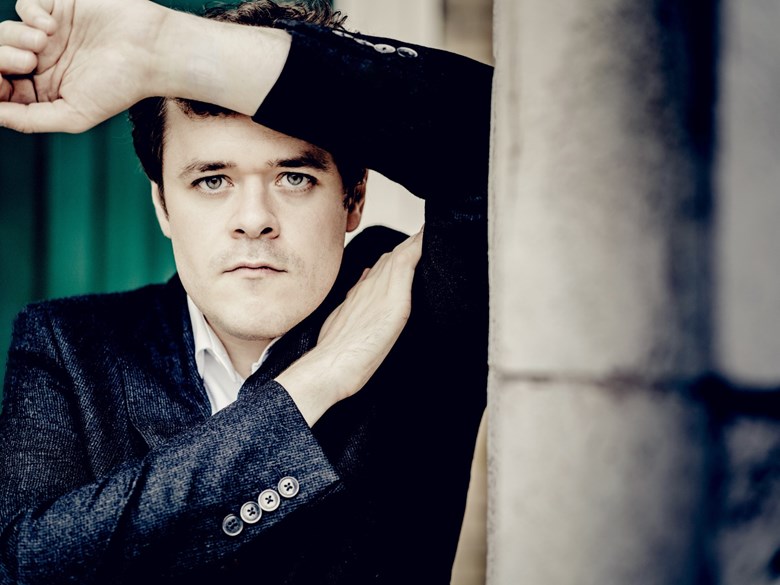 In 2011, British pianist Benjamin Grosvenor became the youngest such artist ever to sign with Decca Classics, one of the most prominent labels in classical music. He has now released his sixth album under the Decca banner, and it focuses entirely on the music of the iconic Hungarian composer and pianist Franz Listz.

CapRadio’s Jennifer Reason caught up with Benjamin to talk about this new release.

He was just such a fascinating figure. He did so much for the piano in a way, and he's sort of an inescapable influence for composers after him. But what is quite remarkable about him is the influence he had, how innovative he stayed through his whole life. I mean, some of these very late works point into the next century: some experiment with atonality and impressionism.

He was sort of a man of immense contradictions, you know? [He] had this kind of rock star phase, sort of a reputation for being a slight womanizer. And then [he also had] this kind of religious side, retreating into more of a solitary existence towards the end of his life. And so just a fascinating human being, a fascinating musician and such a lot of wonderful music.

On Liszt's Piano Sonata in B Minor

I learned that when I was a teenager and then didn't pick it up again for a few years, then came back to it. It's an immense work, an incredibly emotive and powerful journey. And there's always new things to explore. I've made this recording now and maybe in 10 years' time I'll play it quite differently.

I quite like the idea of Faust with the themes representing different characters. I mean, it doesn't necessarily help your understanding of the narrative of the piece, but certainly, you can identify perhaps the characters there. Certainly, there is this contrast between what you might call the divine and the diabolical. There's moments of incredible stillness and spirituality and then these explosive moments of demonica that kind of pushes this aside. It's a piece of great contradictions and contrasts.

On why he chose these specific tracks, the transcriptions in particular

I mean, there's so much to explore and there's such a lot of hidden gems along the way, a little neglected, aside from his more famous works. With these two more big-boned pieces on the disc, the rest is filled with more intimate lyrical music.

But I also wanted to show him as a transcriber because [he had a gift] so remarkable and unique in his opera transcriptions to take an opera — two hours or three hours of music — and summarize it. And by doing so, creating his own compelling narrative, painting textures at the piano in such inventive ways. What Liszt is doing in these transcriptions is presenting the [other] composer's music to a public who may not know them. I mean, now these days we are quite familiar with Schubert songs. But around the time when Liszt made the transcriptions they were beginning to be forgotten. So in a way, he is doing a service to other composers by writing these works.

I never trained as a singer in any way, but in my practice, I do sing. I do think about how it would be sung, certainly in a piece like the Schubert and also in the Bellini as well. I obviously listen to the opera and I listen to how the singers would phrase it. But even in pieces that are purely instrumental, like the Sonata, I'm always thinking about how I would sing a line. I think it's an important thing, it's the root of all music, really.

Yes, well, he really introduced music in my family. He was an amateur pianist. He wanted to be a concert pianist when he was young [but] became an accountant. He taught my mother, who then became a teacher and taught me. And this was very special to him. Liszt was really one of his favorite composers, and he [my grandfather] passed away last year. So it felt like a good time to record a disc of Liszt: a tribute to my musical lineage in a way and, you know, Liszt is for any pianist [an] inescapable figure in our musical lineage. It was something I'd always imagined doing, but it just felt like the right time for it for that reason.

Yes, I signed when I was 18 … it was very exciting. It was an exciting time and a real kind of gear shift in my career, and obviously a great privilege to be able to record for such a great and historic label. And I'm just so pleased that the relationship can continue … I've been with them now for 10 years and it’s the beginning of a new contract with this CD. I hope there will be many more years with them in the future.

Well, the first lockdown was long and difficult, and obviously, there wasn't very much happening as we all were still figuring out what could happen safely. I did have one concert experience during the last lockdown, London's Wigmore Hall, which was a really wonderful, bright moment in what was quite a dark time. But I was desperate, really, at the end of the lockdown to get music going and to play to live audiences. [But] I've spent more time where I actually live than I normally do with all the touring that I do, so I felt very connected to my local community. And at the end of the last lockdown, I decided to put on a chamber festival in the area of London in which I live. We did it in a church five minutes from my house and managed to get a small, socially distant audience for the four concerts that we put together. So that was a wonderful thing and a positive thing to have created out of the experience.

You can find more at https://www.benjamingrosvenor.co.uk/biography