Ear To Ear: Diversity, Equity And Inclusion Efforts At University Of The Pacific’s Conservatory Of Music 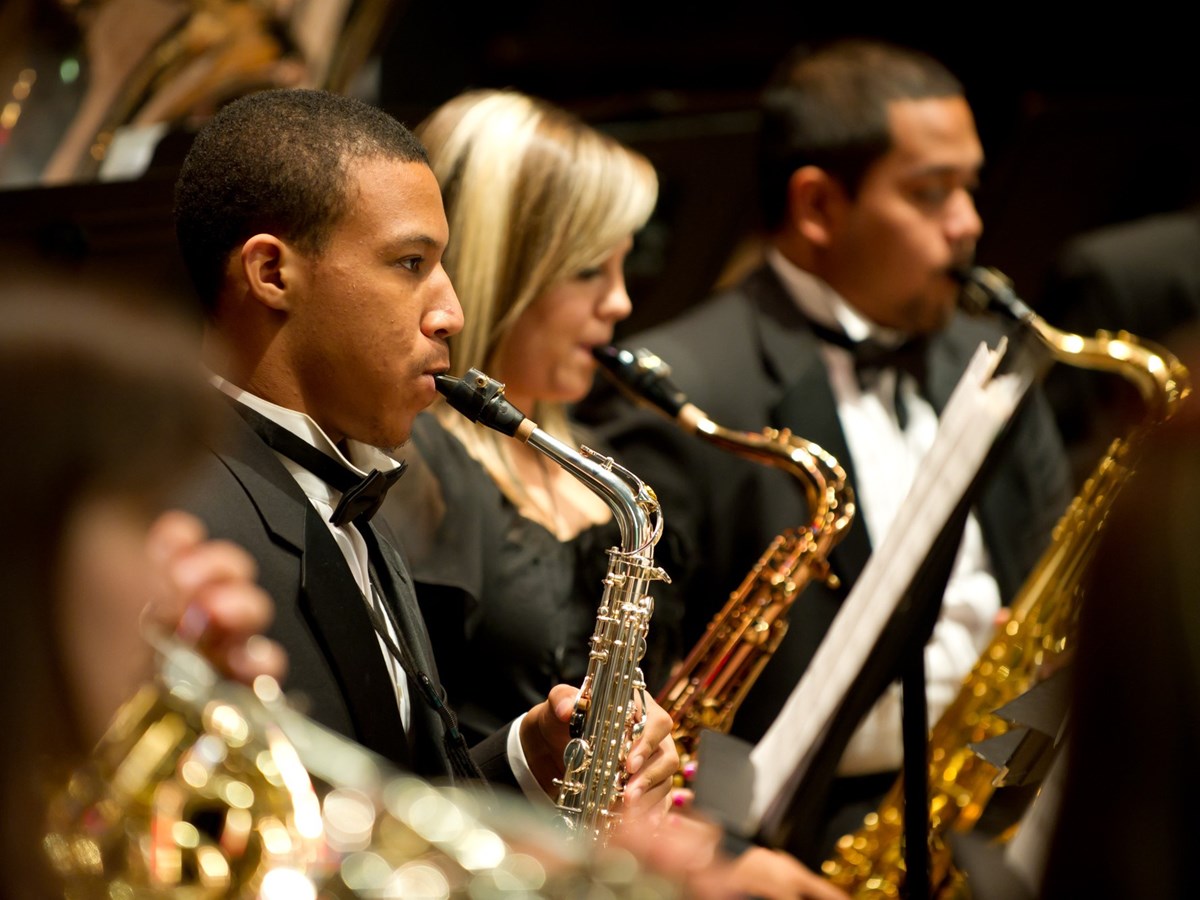 The University of the Pacific Music Conservatory's wind ensemble

Courtesy of the University of the Pacific

Recognizing that "American music school settings have perpetuated systemic racism, sexism, and other forms of discrimination," the University of the Pacific Conservatory of Music has undertaken efforts over the past five years to equalize this traditional imbalance.

UOP students and administrators had already begun to confront this issue through various on-campus events even prior to the newsworthy racial justice events in the summer of 2020. Late in 2019, the school enlisted Dr. Philip Ewell to be a 2020-21 Virtual Scholar-in Residence as a part of these efforts. Ewell will present six lectures on discrimination based on race, gender, religion and sexuality, with a collective theme of “Confronting Racism and Sexism in the Music Academy.”

Conservatory Dean Peter Witte has said that Dr. Ewell's residency will amplify important work already done over the past five years by faculty and students “to change music curricula and music school culture.”

The UOP conservatory recently tweeted its agreement with this article that explains that while statements of intent to eliminate systemic exclusion are admirable, music schools need to actually assign works by underrepresented composers as audition pieces when students are at “their most artistically formative years.”

In accordance with its goal of becoming a conservatory measured not by exclusion but inclusion, prospective Conservatory students will be assigned audition pieces by composers of color and women in addition to the usual Bach, Haydn and so on. In addition to the formal conservatory program, the school also coordinates more informal music ensembles.

The informal ensembles are a different program that are open to any student at UOP, not just the Conservatory students. Most of these ensembles require audition, and the following list of Spotify tracks are audition pieces assigned earlier this year for these more informal ensembles, which feature works by BIPOC [Black, Indigenous, People of Color], women and LGBT composers.

American composer Ellen Taaffe Zwilich is prolific in virtually all media. Her works include five symphonies and a string of concertos commissioned and performed by the nation’s top orchestras over the past two decades. Zwilich is the recipient of numerous prizes and honors, including becoming the first woman ever to receive the Pulitzer Prize in Music in 1983.

Horn players were to perform a segment (heard from 1:27 to 1:46) from the third movement of Florence Price’s Symphony #1, a work that won first place in a composition competition in 1932. The attention brought by this win led to a performance of the work by the Chicago Symphony the following year, making Price the first Black female composer to have a symphony performed by a major orchestra.

Among woodwind instruments, flute auditionees performed excerpts of pieces by Schubert, Stravinsky, and the above work by contemporary Black composer Valerie Coleman.

Recently named Performance Today's 2020 Classical Woman of the Year, and in 2017 named one of the "Top 35 Female Composers in Classical Music" (of all time), Louisville, Kentucky’s Coleman is among the world's most-played living composers today. Her works are regarded as a deeply relevant contribution to modern music.

Coleman has been known to compose pieces inspired by Black poets, including her suite “Portraits of Langston” inspired by Langston Hughes. This piece, “Wish Sonatine,” is derived from Fred D’Aguiar’s poem “Wish,” about the slave trade.

While this piece contains a prominent vocal, the first ten measures are one of the suggested selections for clarinet auditions.

The text this piece is based on is from a poem in the book “I Never Saw Another Butterfly,” which features the poems and artwork by children at the Terezin concentration camp in the Czech Republic collected after the war and now housed at the Jewish Museum in Prague.

One percussion audition piece is a segment of “Death Wish” for two marimbas by New Zealand-born composer Gemma Peacocke. This particular piece isn’t available on Spotify, but you can hear it on SoundCloud by clicking the link in the work’s title above.

For our Spotify playlist this month, I chose a different work from Peacocke, “Love” from her song cycle “Waves & Lines,” the text of which was adapted from Afghan women's folk poetry. Beneath the vocal, this movement has a similar percussion feel to “Death Wish.”

Peacocke recently tweeted about the need for more voices and teachers in the classical music world in order for more students of different backgrounds to feel welcome.

In addition to pieces by a 17th Italian composer and 20th century American Randall Thompson, singers auditioning for both the above ensembles were also to submit recordings of themselves performing their preferred segment of this spiritual by Stacey V. Gibbs. Gibbs is a prolific composer-arranger best known for arrangements of spirituals that have been performed by the United States Air Force, the St. Olaf Choir, the USC Chamber Singers, the Morehouse and University of Michigan Glee Clubs and at the second inauguration of President Barack Obama among countless others.

Students auditioning for other areas of voice study and performance, such as Voice Studio placement auditions and Pacific Opera Theatre, are free to choose from a wide variety of composers but must include:

UOP suggests a list of possible art songs for auditions that includes gay composers such as Samuel Barber, Benjamin Britten and Roger Quilter, but does not limit auditionees to this list.

From a wealthy family, English composer Quilter never had to make a living but worked hard at composing which reportedly did not come easily to him. Nonetheless, his over 100 art songs are now part of the English canon and still sung today.

The anguish of being a gay Englishman born in 1877 is perhaps reflected in his setting of the poem by 17th century English poet Robert Herrick, “I Dare Not Ask A Kiss,” which expresses the bittersweet emotion of one in love who, daring not to ask for a kiss, must settle for kissing the air “that lately kissed thee.”

Contemporary songs of America auditions: Jacqueline Hairston — “She Sat Down For Freedom” — Sung by Carl DuPont

Sacramento-area resident Jacqueline Hairston received her musical training at the Juilliard and Howard University Schools of Music, earning her Master’s degree in music and music education from Columbia University. In addition to her work as a pianist and vocal coach for over 40 years, she is a prolific composer and arranger of spirituals, as was her late cousin, actor, composer, arranger, choral conductor and renowned authority on spirituals Jester Hairston, who was an influence on her music.

Jacqueline Hairston’s works have been performed and recorded by major orchestras and opera stars, including Leontyne Price, Kathleen Battle and Denyce Graves among many others. She has also recorded with Sacramento State professor and flutist Laurel Zucker. This song, “She Sat Down For Freedom,” is an original tribute to Rosa Parks.