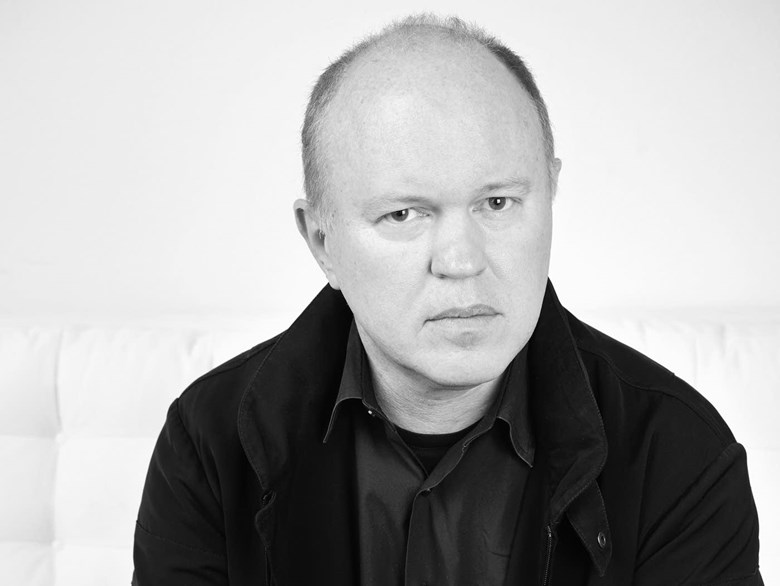 "I felt, in writing this piece, that there was an openness, or a kind of a renewed freshness, I had working with music materials, because I was working in a new form. It took out all the cobwebs in the brain, all the old habits. It opened me up, and I thank Tessa [Lark] in my program note for opening this door of the imagination."

Michael Torke has been composing for more than 50 years. He found his voice while studying at the Eastman School of Music. He's explored a variety of genres from opera to orchestral music. After meeting violinist Tessa Lark, Torke was intrigued with the idea of writing a bluegrass concerto. The thrill of soaring into this new horizon inspired him to title the work, Sky.

Your new recording, Sky, finds you stretching yourself even further. It features the Albany Symphony and violinist Tessa Lark, and they gave the world premiere of this bluegrass-inspired concerto. First of all, tell me who Tessa Lark is.

"Out of the blue, an inquiry came from this young violinist, Tessa Lark. She had been given the opportunity to play a debut concert at Carnegie Recital Hall and was given money to commission. Her boyfriend, Michael Thurber, said, 'Check out this guy's music.' So she did, and she called me up and said, 'You want to work together?' I said, 'Sure.'

"I wrote a piece for violin and piano called 'Spoon Bread.' In the program note I wrote how, with the détaché bowing — one bow stroke per note — it brought about a harkening back to baroque music, but also to a bluegrass tradition. And, after all, Tessa's from Kentucky. So here I was, making these claims of a bluegrass influence.

"We went into the recording studio not long after, and we were on a break when I said, 'Tessa, how would you feel if I was really inspired by bluegrass and not something you say in a program note?' And then the engineer of this recording, Silas Brown, said, 'Now that's an idea. If you do that, Michael and Tessa, you play it, I'll record it!'

"For example, I started with banjo picking, because to me it's so intricate. The theme to the 'Beverly Hillbillies' was performed by one of the biggest names in the business. When I was growing up, I always thought that was the most amazing music I ever heard. So I slowed it down, I transcribed it, and I thought, Well, wouldn't it be interesting if you took banjo picking, and you gave it to a violin to play? I was already trying to break away with what they did by giving Tessa banjo music to play. That's what you hear in the first movement."

How did Celtic tunes become the basis for the second movement?

"What Tessa confirmed was that Irish fiddle players do some of the same techniques and have the same expression as bluegrass fiddlers. I started studying Irish music, and there you have jigs and reels. It's a different kind of thing, but some of the music sounds similar, just different. I thought, Well, what if I took a reel and slowed it down, and that could become the second movement?

"I met Tessa. I think she is brilliant as a human being and as an artist. I wanted to do something special with her. I talked it over, and then we sat down, and we did it. I said, 'Don't worry about contracts. Don't worry about money. Don't worry about anything.' We didn't even have an orchestra at that point. But we both believed that it could become something, and I think that that leads me to do my best work. That's what I learned."