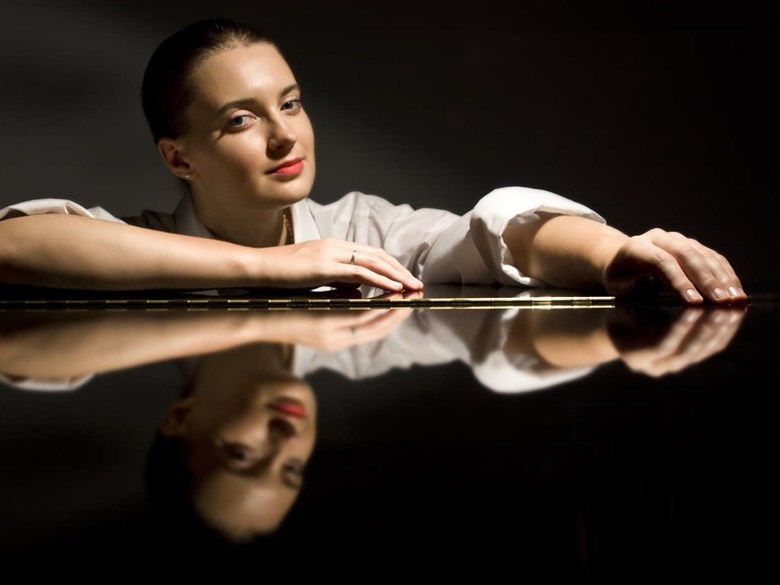 "I actually find great freedom as a performer playing new music that's actually not new, but it is new to the listeners today."

"It's quite shocking when I think about it, because I played piano for over 30 years now, and I've never played a serious work by a woman composer. I feel like it was really a lucky idea, because it led me to this beautiful discovery."

I was intrigued to read a little more about Fanny Mendelssohn — how she was suppressed because of what her father thought a girl should do and be, yet her husband, Wilhelm Hensel, who was a painter and an artist, wanted her to continue to compose, and he would leave out some blank manuscript paper on her music stand in the morning and say, 'Fill this up!'

"She had very rich creative life. We don't know much about it. But I think she was able to create so much, and so much of it is unexplored that I'd love personally to play more of her music and see what else I can find."

You open the recording with Fanny's Sonata in G minor. What intrigues you about that work?

"I love that low tremolo and very dramatic first movement. It's rather short. I think it's almost very extroverted in its feeling. I had, really, the most fascinating time really getting to know this work, and I know it will be part of my repertoire for many years. I hope to play it many more times."

Clara Schumann's 200th birth anniversary is going to be marked in September, so it's nice to see her Scherzo Op. 14 here, which does reflect, a little bit, the stylings of Chopin. What else do you find challenging about this piece?

"I just thought perhaps it represents her personality as this virtuoso, because she was one of the most well-known pianists of her day. And it's very pianistic again, so that's something that in all of the pieces to me was very important — that it feels like you are playing the work by a pianist, and it feels like it's not transcribed for the piano but the actual piano virtuoso wrote the work."

The recording closes out with a work that crosses genres, Rhapsody Toccata, and it's a very virtuosic piece by Chia-Yu Hsu. Did you have a chance to work with the composer on this piece?

"Yes I did. It was great to have her input, definitely. It was very important to me that I did the things that she had in mind, but she also told me that there are some things that I could be very free with. So that was great, too. I know I'll be playing this piece for many years — I think it's a really a firework."

Anna, as you were putting this recording together, did you learn anything about yourself, and if so, what was that?

"If you think about it, I really have very little in common with the lives of these women. You know they lived in a completely different world. But yet, I felt that this music just speaks to me as somebody living in the 21st century."