"The title of this album, the concept, the idea came to me when I read a quote from Georgia O'Keeffe. She wrote these words in a letter: 'I want real things. Live people to take hold of, to see and talk to. Music that makes holes in the sky. I want to love as hard as I can.'"

That's pianist Lara Downes. Her new recording is called Holes in the Sky.

"Those words just really struck me and made me start thinking about the potential of music to make holes in the sky. I think especially the power and the potential of female creativity and the way that we envision it for ourselves."

I do love that you say that it's a privilege to pay tribute to the women who have preceded us, those pioneers, those women who dared to want real things, to reach into the sky. You start off with Florence Price, and the piece you chose to represent her is called Memory Mist. How did you select that work?

"I have been fortunate over the last year or so to have gotten to know a musicologist named Michael Cooper. So, he's spent this year going into the archives at the University of Arkansas and editing a lot of the music, and this is one of the pieces that he found. The title had meaning for me, this kind of memory mist — to look back and contemplate the legacy and the gifts of the past. I thought it was a nice way to start." 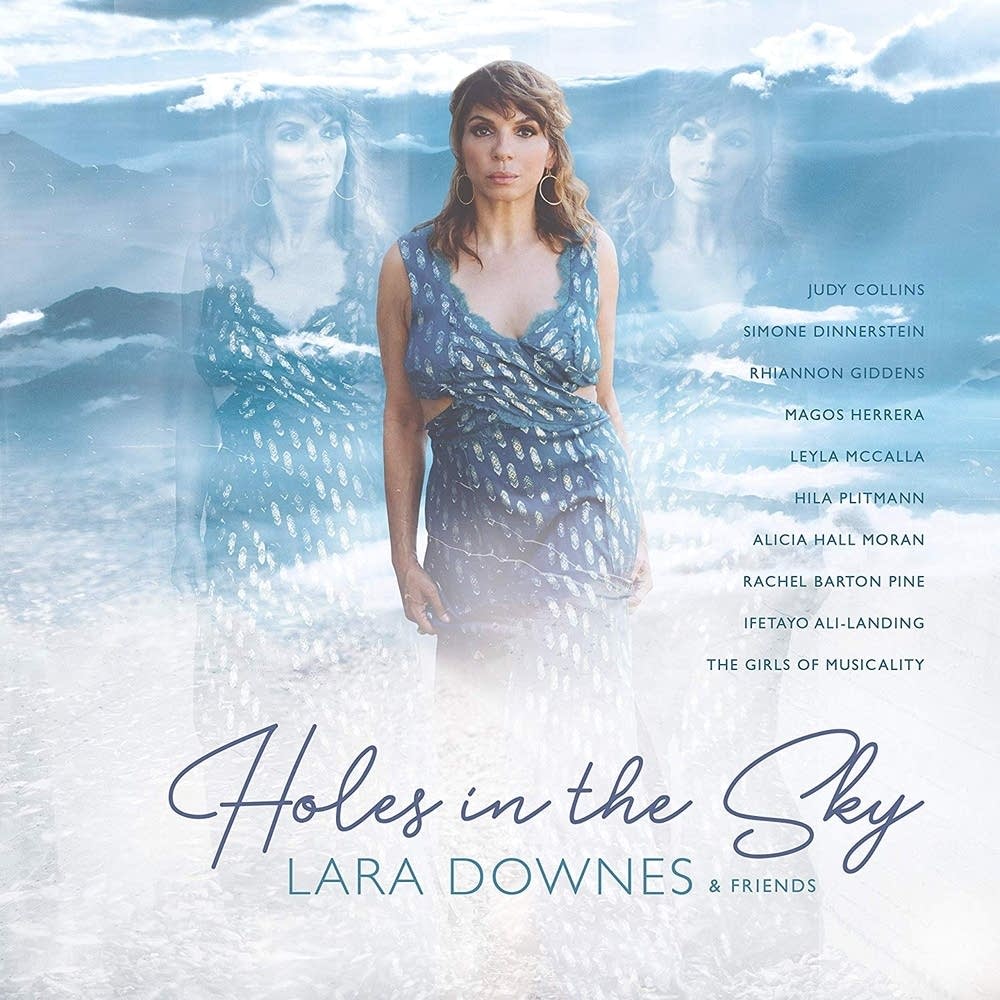 There's a wonderful story behind you and Judy Collins, who also appears on this recording. You grew up listening to her music and then you were brave enough to just send her an email out of the blue and say, 'Hey, you want to be on my new recording with me?' Tell me that story.

"Wow, it was just such a lesson, such a life lesson to go into the studio with her. We recorded Albatross, which is a song she wrote in 1967, it's one of the first original songs she wrote. So, you know, do the math, how many times has she sung this song? Just watching her come into that studio with a new collaborator, with a new arrangement, with a new idea, with an open mind and reinvent, reimagine this song that had belonged to her for so many decades. I just thought, 'This is something I need to keep inside me.'"

Women in the Great American Songbook — you make it a point to bring out a few in this collection because they've been overlooked. I'm thinking in particular about Lil Hardin Armstrong. This is a story I didn't know.

"So, you know the song Just for a Thrill? I think if you ask 99 percent of people whose song it is, they'll say Ray Charles, right? This song was written by Lil Hardin Armstrong, who was married to Louis Armstrong. What's really interesting about this performance is that my collaborator on this track is Alicia Hall Moran, who is also married to a very prominent jazz musician, Jason Moran. So, I think she had some insights."

Ifetayo Ali-Landing is a pretty incredible young cellist from Chicago, and you got her on this recording along with the Girls of Musicality; tell me about this collaboration.

"Part of this legacy, part of this lineage, is not just looking back but also looking forward. So, I wanted to make sure to include some very young women on this album. This is the final track on the record, it's All the Pretty Little Horses, which is a lullaby that my mom sang to me when I was a baby."

To hear the rest of the conversation, download the extended podcast on Apple Podcasts or wherever you get your podcasts.