Artist Of The Week: Yuja Wang 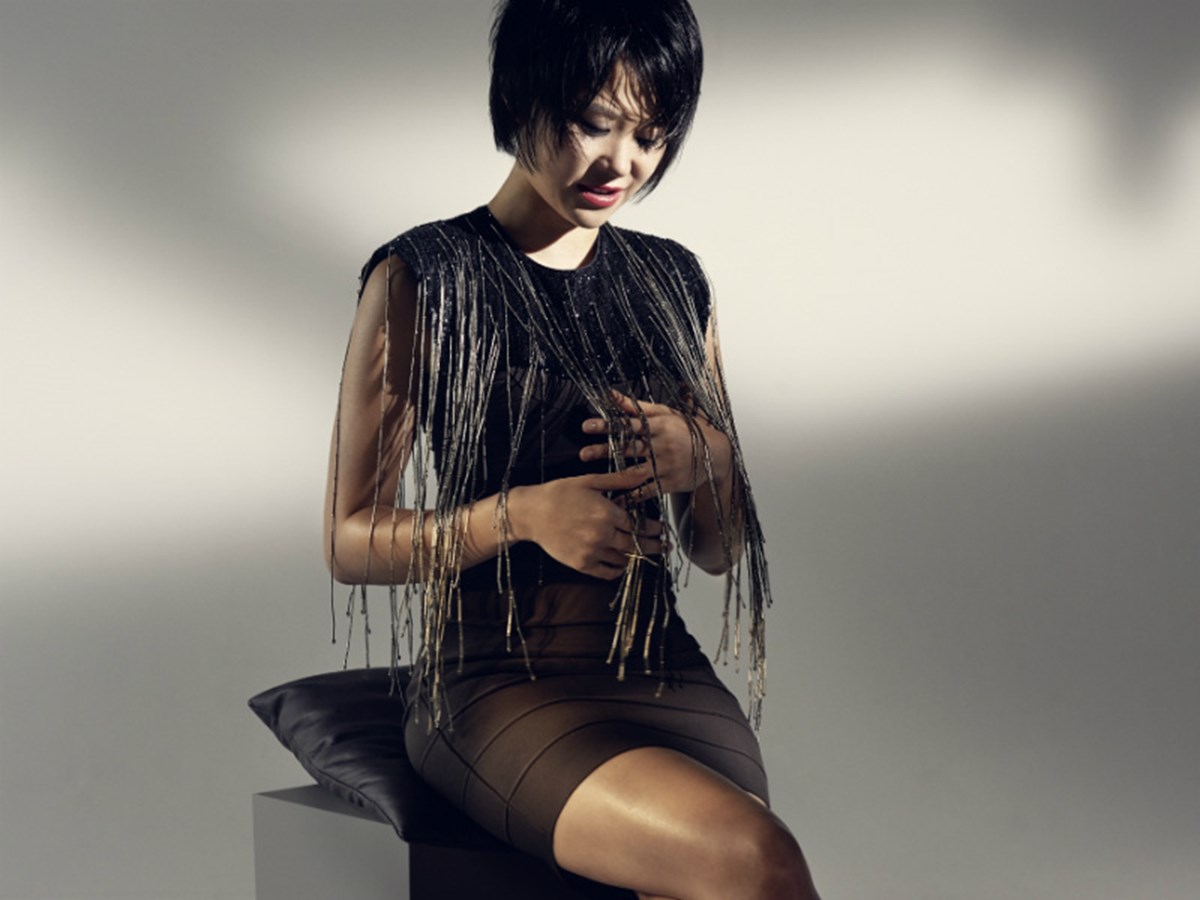 Every week, I write these blog posts for the Artist of the Week, which means every week, I am doing a fair amount of research into that particular artist. It has indeed been an exercise in getting to know some of these personalities much better, especially many of the older musicians with whom I am less familiar.

As for the younger group, I enjoy their dynamism and connection to an up and coming generation. And in these times when cries of “classical music is dying” are rampant, it’s nice to know they have our backs. They are indeed the future of the art form. They bring different artistic sensibilities when it comes to performing music that has been in existence for centuries. It is not easy carving a new path or convincing people of new ideas when so many before you have already put their stamp on a piece of music. How does a violinist of today compete with the great 19th-century violinist Joseph Joachim when it comes to a Brahms concerto? They cannot. Brahms and Joachim were best friends.

As the generations drift further from the source of the music they play, musicians have to get increasingly more creative while presenting Brahms, Beethoven, et al. Not only do they need to be the most proficient players in their field but to stand out, some fashion a unique aesthetic for performance. The best way to do that is to be true to who you are as a person and an artist. Yuja Wang does this with abandon. Say what you will about the way that she dresses when she performs, and many do; the fact is that her presentation is uniquely hers. And that’s powerful.

Yuja began playing the piano when she was six-years-old. She was the only child in a performance-oriented household in Beijing, China. Her mother was a dancer and her father, a percussionist. After hearing a recording of Maurizio Pollini playing Chopin, Yuja knew she had to be a piano player. She told NPR’s Steve Inskeep, “I just really wanted to have the same sound. You know how girls really want a doll or a toy? I really wanted to play the way I wanted to play. So I was really working toward that."

With a disciplined work ethic and her sights set on her calling, Yuja found herself walking through the doors of the Curtis Institute of Music in Philadelphia as a teenager. She welcomed the transition from her native China. “It was right for me,” she told Fiona Maddocks of The Guardian, “I am independent-minded, self-reliant.”

Yuja was already at the forefront of the pack of a new generation of pianists. Her teacher, Gary Graffman, who at the time was head of the department at Curtis said Yuja was “remarkable among remarkable students. She didn’t play like a prodigy. She played like a finished artist.”

Yuja’s big break came in 2007, stepping in for Martha Argerich in Boston. Argerich’s absence couldn’t have been a surprise for fans of the legendary Argentinian pianist as she has a bit of a penchant for cancelling concerts at the last minute. Chances are, the audience was somewhat disappointed. Imagine their surprise and delight, however, when a 20-year-old up-and-comer, small in stature, produced a “sound large enough to be heard above the orchestra without appearing strident.”

When you watch Yuja play, you can understand the excitement of audiences and critics alike. Yuja’s touch is both delicate and powerful. She has no inhibition when it comes to banging on the piano, yet she makes it look so easy, and I haven’t noticed her overcompensate. It seems to take minimal effort for Yuja to get a massive sound from the instrument. Her phrasing feels spontaneous and her connection to the music seems organic and not manufactured or “put-on.”

At 30, more than two decades into a performing career, Yuja’s tastes are changing and her need for a challenge is growing. She made her mark early on by playing the romantic powerhouse concertos of Tchaikovsky and Rachmaninoff, but now she is turning her attention to an earlier, more subtle, but equally as virtuosic time.

Yuja says she thought Brahms was “square” when she was younger. But now, as she tells Maddocks, the German composer is her newest passion. “Oh my God, I love it,” Yuja exclaims, “With Brahms, you need to feel grounded as if the power comes up from your feet and the keyboard becomes an extension of your hands.”

Last year, Yuja tackled the menacing “Hammerklavier” piano sonata by Beethoven. Beethoven’s 29th sonata is widely considered to be one of the hardest to play in all of the piano repertory. When asked why she played it, Yuja told The New Yorker that she had done it out of defiance. And boy was it a success! New York Times music critic Anthony Tommassini writes about that concert:

Tommassini was not entirely thrilled with Yuja’s work that night, disappointed by her excessive playing of encores. He felt they took him further away from the monumental achievement that is the Beethoven and intimated that it meant the 29-year-old (at the time) didn’t give her all. To his credit, Tommassini readily admitted that he was in the minority that night as the rest of the crowd loved Yuja's five encores. Yuja pulled no punches in her response to Tommassini during her interview with The New Yorker:

“If instead of feeling exhausted I feel exhilarated, and want to make people happy by giving them a gift, why not do it? It feels like home to play those familiar pieces. People play encores after much more sublime pieces. Why can’t you do it after climbing Mt. Everest? Stupid conservative doctrine.”

Agree or disagree, there is no denying that Yuja Wang is her own person and this week’s Artist of the Week.