Artist Of The Week: Evgeny Kissin 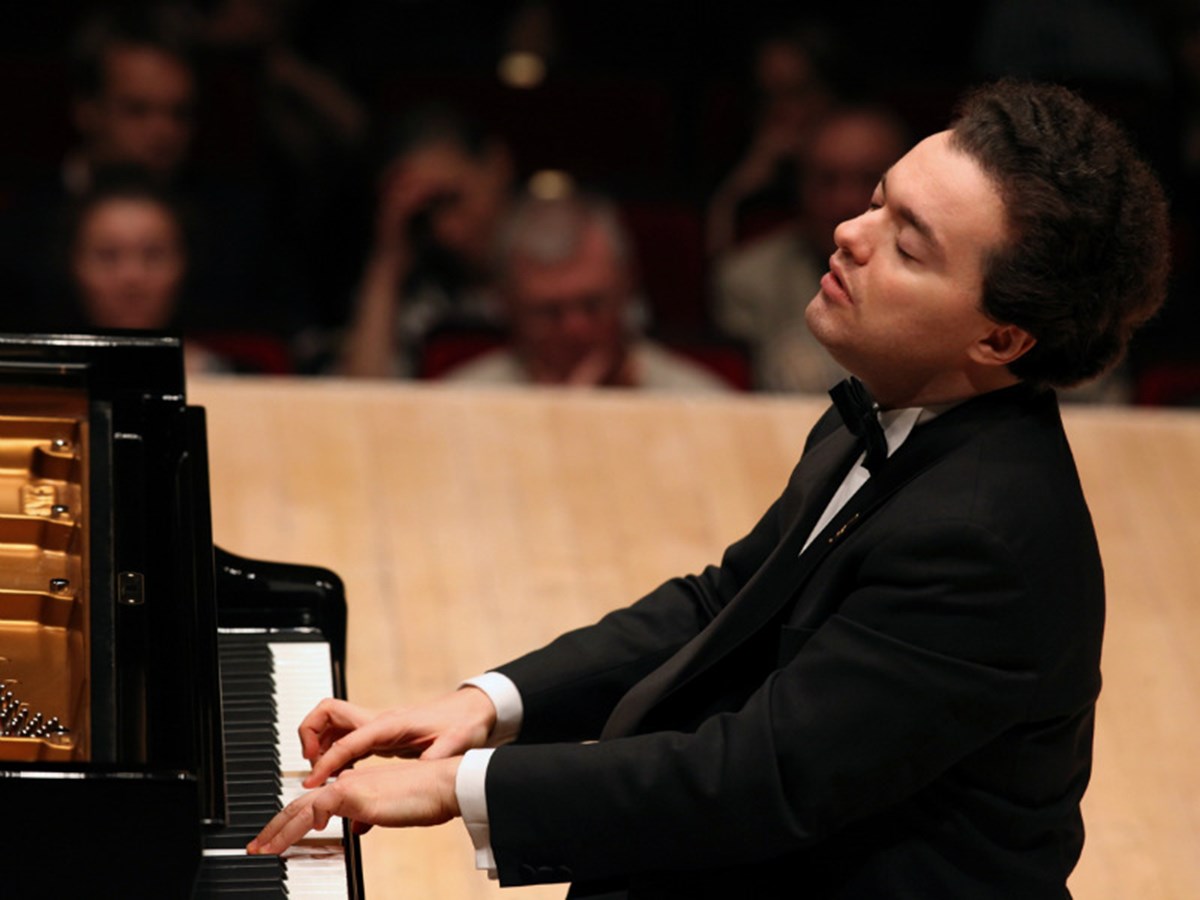 With his signature coiffure and brooding stare into the keyboard, Evgeny Kissin is one of the most celebrated pianists of our day. He’s a serious artist who seems like he might be one of those guys whose life is solely about the music.


Kissin can be awkward in an interview and may seem unsure of himself in front of a crowd without a piano there as his shield. This isn’t necessarily rare among musicians who spend years of their lives in practice rooms cut off from the rest of the world. But the next time you watch a video of Kissin, or even better catch him live, observe the transformation that takes place with the man. Once he is seated at the piano, the man becomes prodigious musician in an instant, attacking the piano keys with surgeon like precision. When you watch his hands move across the keyboard, it’s almost as if he is playing one note at a time. He barely breaks a sweat.


There is no struggle and there certainly are no bells and whistles with Kissin. Playing the piano is like breathing. Time stops and all that remains is Kissin and his instrument. You won’t see Kissin make many big, dramatic gestures because the music is center stage, not the performer.


That’s not to say Kissin is not entertaining. It is nearly impossible to not be transfixed once he invites you into his musical journey. Note for note, one is mesmerized watching the true genius at work on his craft. Time and time again Kissin is recreating right in front of us, almost as if he has channeled Beethoven or Mozart or whoever is lucky enough to have their creations performed by this master interpreter.


It’s no shock that Kissin is widely accepted by critics and musicians alike as one of the best of his generation and possibly of all time. He was not even a year old when his musical talents were discovered. His older sister was studying Bach and at 11 months old Kissin was able to sing back the themes.  By the age of two, he was learning to play the piano and able to play back anything he heard. Kissin made his solo debut at 12 years-old and he was not yet 30 when he was named as one of the top 100 pianists of the 20th Century by the record label Philips.


And this week, Evgeny Kissin is CapRadio’s Artist of the week!

W. A Mozart: Rondo for Piano and Orchestra