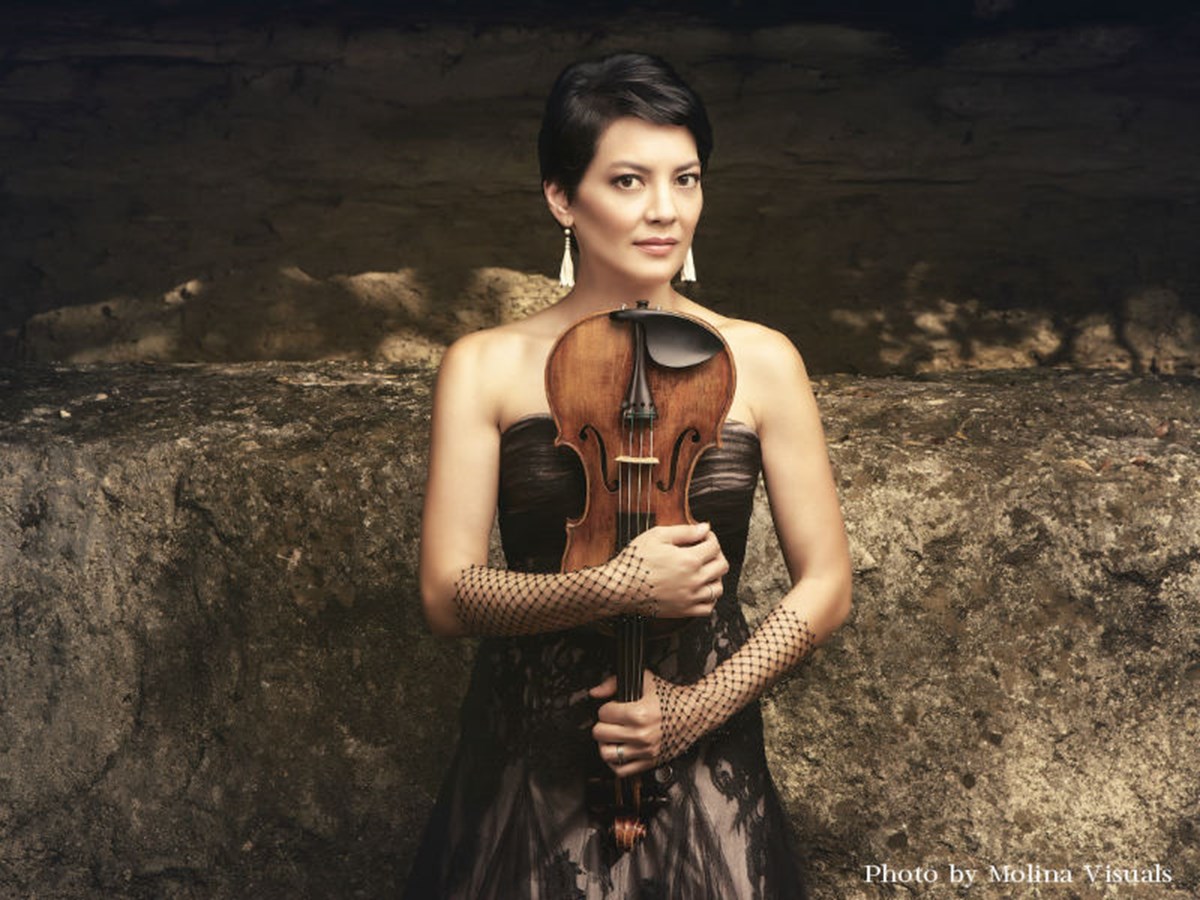 This week, today in fact (I’m writing this on September 5) is the 40th anniversary of the launch of Voyager 1 into space. Aboard that spacecraft is the much celebrated Golden Record called The Sounds of Earth. The record was meant to be a time capsule of sorts that would communicate a story of the earth to extraterrestrials should an intellegent species from another planet find it. On the album is a wonderfully eclectic mix of music from jazz to folk and the indigenous music of other nations. Naturally, the record would not be complete without a healthy dose of some of humanity’s greatest musical achievements, music from the traditional classical canon of Beethoven, Mozart, Bach, etc.  But there is one piece missing from this album, in my opinion. That piece is the gorgeous Lark Ascending by Ralph Vaughan Williams.

The recording of Lark Ascending that should be on that vessel is the one that includes our Artist of the Week, Anne Akiko Meyers playing the violin solo. One small problem with that theory is that Meyers was just seven-years-old when Voyager was launched into space, and she wouldn’t release that album for another 20 years.

Meyers plays Vaughan Williams' iconic musical portrait, as she does with all of the repertoire she touches, employing her trademark sensitivity and grace. By the end of the piece, I often feel as though I've been on my own Voyager journey and found myself floating somewhere deep in space. It always takes me a second to snap back into reality after she plays those final pianissimo notes.

While she is an incredibly skilled performer, a virtuoso since childhood, Meyers's playing is understated though incredibly nuanced and musical. She has the ability to "wow" you with the fireworks, but she only brings those out when it's necessary.

Born in San Diego, Meyers began playing violin when she was four. She made her orchestral debut at 7 with a local community orchestra. By the age of 12, Meyers had performed with both the Los Angeles and New York Philharmonics and twice on The Tonight Show with Johnny Carson. At 18 she recorded her first album with the Royal Philharmonic Orchestra at Abbey Road Studios in London. Today Meyers is one of the most sought-after violinists in the world.

One might say that Meyers was born into music, but not in the sense that she was a part of a family of musicians. She tells NPR’s Robert Siegel, "There's a story that my mother played a lot of music for me when she was pregnant with me." Meyers says, "especially when she fed me, so I would associate the pleasure of food and eating with music."

When asked by Siegel if this created some sort of Pavlovian reaction, Meyers jokingly responded: “Yeah, I get hungry every time I play.”

The real question is, do others get hungry when they hear Meyers perform? You can find out all this week between 7 and 9 a.m. on Morning Classical as Anne Akiko Meyers is CapRadio’s Artist of the Week.

Artist of the week selections are as follows:

Claude Debussy - The Girl with the Flaxen Hair

Harold Arlen - Over the Rainbow

Arvo Part - Mirror in the Mirror

For further reading on Anne Akiko Meyers, check out these links: