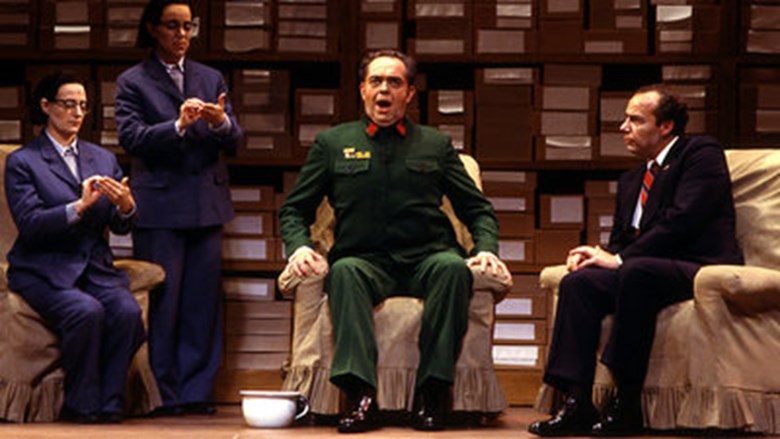 In 1970, a young business school grad — and failed opera singer — named David Gockley landed a job as business manager of the Houston Grand Opera. After two years, at age 27, he moved up to general director.

Over the next 30 years, Gockley transformed the company into a hothouse for new and revived American opera. During his tenure in Houston, Gockley presented 35 world premieres, including John Adams' Nixon in China, Stewart Wallace's Harvey Milk, Leonard Bernstein's A Quiet Place, Mark Adamo's Little Women and three operas by Carlisle Floyd.

Gockley continued along the same path after moving to the San Francisco Opera in 2006. As general director he racked up more world premieres — Philip Glass' Civil War drama Appomattox and Christopher Theofanidis' 9/11 story Heart of a Soldier. A new opera from Bright Sheng, Dream of the Red Chamber, debuts this fall, and Tuesday Gockley announced Girls of the Golden West, an Adams opera premiering in November 2017.

Now this pioneering impresario is about to "pack it in," as he says in the audio feature above. Gockley will retire in July. To mark the occasion, the San Francisco Opera is throwing a little party for him Thursday that will include a number of singers ("my kiddies") whose careers he helped nurture, including Renée Fleming, Susan Graham, Patricia Racette, René Pape and Dolora Zajick.

We asked Gockley to reminisce a little and tell a few stories about his early years and the great music he nurtured in Houston, beginning with his very first production ofCarlisle Floyd's Susannah in 1972. That opera convinced him "there was an opportunity to have an American opera repertoire."