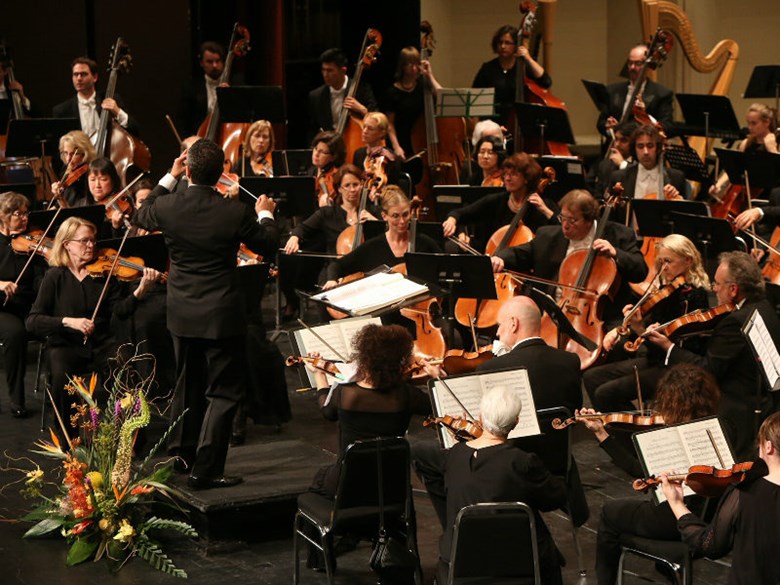 Just a few years ago the Sacramento Philharmonic Orchestra was fighting for its life. Mounting fiscal problems and declining attendance prompted the group to reorganize in 2013, merge with the Sacramento Opera and “go dark” for the 2014-15 season in order to right the ship and stay afloat.

When the renamed Sacramento Philharmonic & Opera re-emerged last year, it wasn’t just alive, it was thriving. Attendance started at about 1,600 in the fall, increased with each concert and finished with two consecutive sold-out (2,300+) concerts this spring. Sac Phil says it hasn’t sold out a performance since 2000.

“Never in my wildest dreams did I think that we would get to that,” says executive director Alice Sauro, who was hired as part of the reorganization. “We just watched it grow and grow and grow.  It makes me cry, it’s so wonderful.”

Solid programming, young soloists and multiple conductors played a role in attracting the large audiences says Sauro. But she also cites one of the intangibles.

“The audiences and musicians have just been incredible. The camaraderie that they have built between the stage and the audience is something I’ve really never experienced on this level before.” Sauro adds that audiences included younger people and others who were new to the concert hall. “One way that’s evidenced is by the clapping in between movements. And I absolutely love it because I’m thrilled that all these people find that our classical music is great and interesting and they want to be there.”

At Stockton Symphony concerts during the 2015-16 season it wasn’t just the audiences that were becoming more diverse. The stage looked a little different too. At least on March 12 it did when huge stacks of amplified speakers flanked electric violinist Tracy Silverman as he performed the California premiere of Nico Muhly’s “Seeing is Believing.” Stockton Symphony executive director Don Nelson cites that as one of many highlights from the just-concluded season.

“It was a wonderful year. Very wide variety of concerts and types of music,” says Nelson. And attendance?  “We’ve had full houses.  Not exactly sold out but very full houses with single seats here and there scattered about.”

There was similar positive news in Modesto.

“This was a good year,” reports Caroline Nickel, president and CEO of the Modesto Symphony Orchestra. Like other arts organizations, the MSO endured financial challenges and was forced to cut back in the wake of the Great Recession. But Nickel says her organization is on solid fiscal ground with a balanced budget and has seen positive results in recent years, including this one. “We will end at a higher number of tickets sold this season than we did last season in both our Classics and our Pops series,” she says.

Among the season’s highlights for Nickel were the concert featuring violinists from the community performing with the professional orchestra, (honoring its founding originally as a community orchestra in 1931), and the season finale performance of Mahler’s Symphony No. 2, a massive work requiring over 100 musicians and 200 chorus members.

“Everyone could barely fit on stage. It was just beautiful and artistically I think we just really hit a high note with that and it’s just nice when you have a season where you can match artistic excellence, reaching into the community, honoring the past, all in the same season. It doesn’t get much better than that.”