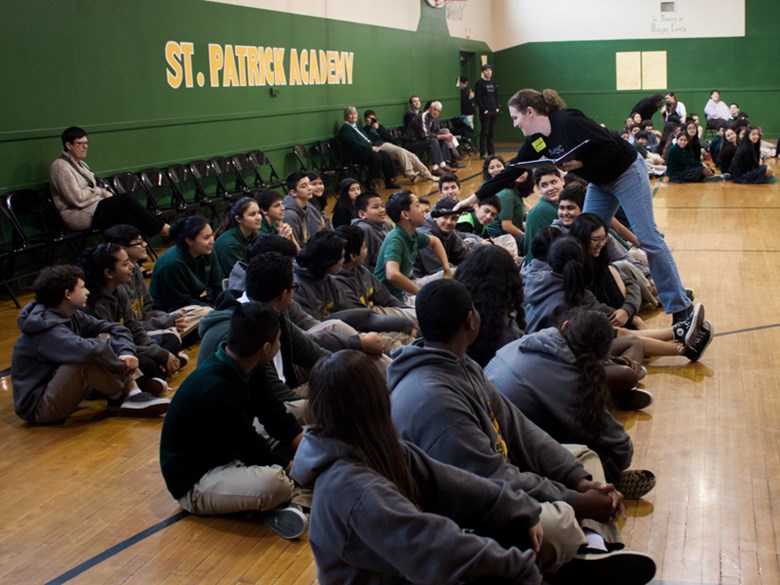 Sacramento’s women’s choral ensemble VOX Musica put their slogan, “music worth sharing,” to work with a series of school assemblies and workshops.

VOX Musica founder and director Daniel Paulson said education has always been an important aspect of what the group does, but it was last year when the Tahoe Arts Commission brought the group into Tahoe-area schools to do workshops and assemblies that the choral group really felt inspired to do more in schools.

“We just had a blast. It was just so fulfilling,” Paulson said about that first week of workshops. They worked with more than 1,000 students and the week finished up with a public concert.

After returning from Tahoe Paulson said the ensemble got together and asked, “Why aren’t we doing that here in Sacramento?”

So this week the choir members went out to 10 schools in the Sacramento area in quartets and performing madrigals, Gregorian chants and other traditional choral pieces. 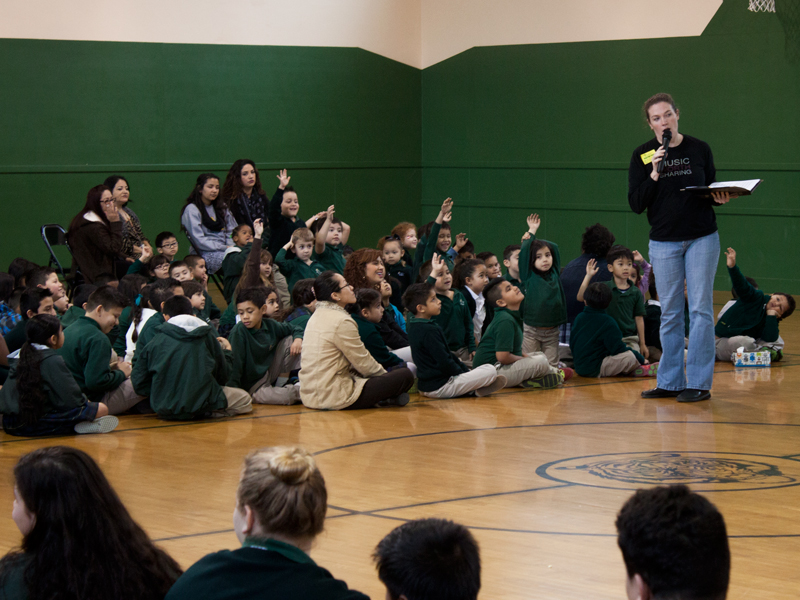 “I think it’s important for musicians and music educators to really expand their reach and share their music with as many people as possible,” said Tonus. “A lot of these kids mostly hear popular music on the radio, but may not be exposed to classical music or romantic music or any of the traditions of music we learn through music education.” 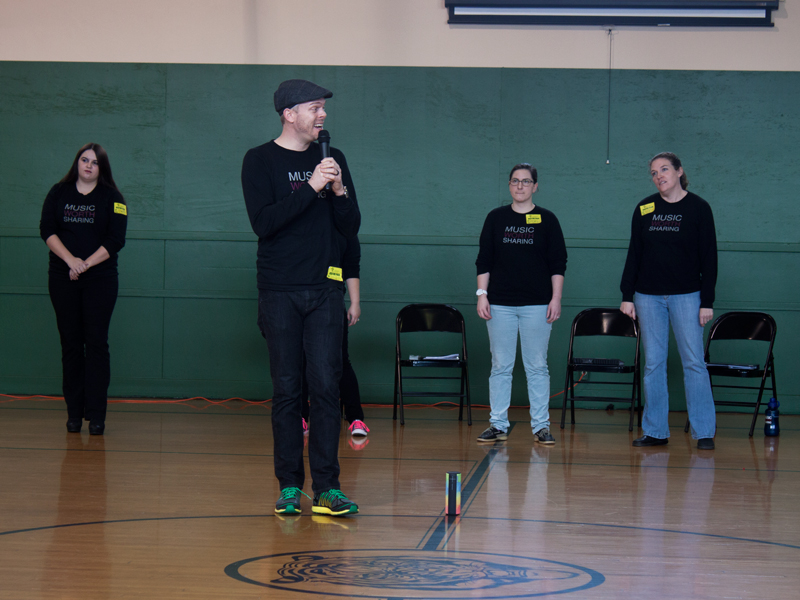 The students sat in rows on the gym floor while Tonus and three other VOX Musica singers explained tones, pitches, drones, tuning forks, and madrigals. They led the students in singing, “Do-Re-Mi,” from The Sound Of Music, and explained the difference between major and minor scales.

The students wanted to know how the singers could sing so many different parts all together without getting confused. The answer: practice.

The biggest applause came when the singers announced they’d sing a song from Disney’s Frozen.

Saint Patrick’s Academy has lots of music classes. David Gomez is in eighth grade and said he’s learned a handful of different instruments. He said he really enjoyed the VOX Musica assembly because he hadn’t heard music like that before.

He said he normally listens to hip-hop and the choral singing was really different from what he’s normally into.

“But different is good,” he said.

The whole week of education outreach wraps up with a concert at 5 p.m. Sunday at Beatnik Studios. The entire ensemble will sing pieces they shared with the students. 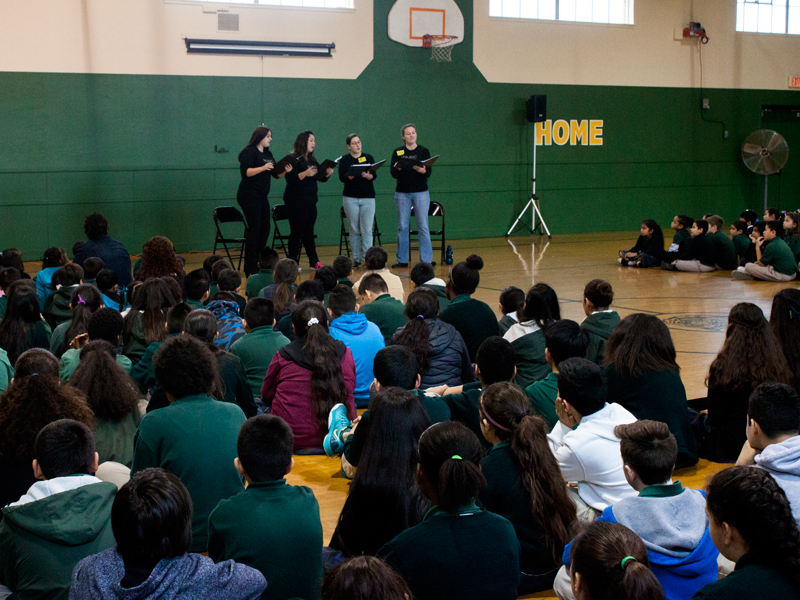