The Danish have a term they use when they are feeling good about life. The word is “hygge” (pronounced “hoo-guh”). Shlomit Lasky, our Earthbound Explorations travel guide, tells us it means “cozy,” but there isn’t really a direct English translation. It’s a feeling — a feeling of warmth and contentment. During the long, dark nights of winter, there is nothing the Danes like better than cozying up with a loved one by the fireplace, or just getting together with friends and family for a dinner and some laughs. Hygge means life is good. For the Danes, hygge is year-round.

I’m pretty sure I experienced “hygge” on my very first day in Copenhagen, Denmark’s capital. The Admiral Hotel, where we stayed, is located in the City Center just north of Copenhagen’s utterly charming Nyhavn (New Harbor). The hotel is rustic yet upscale, with imposing wooden beams that seem to support the entire structure. There is no A/C (at least as far as I could tell), so you have to open the bedroom window for circulation and cool air, but the views weren’t so bad, with sights including old buildings housing the French and German Embassies.

The Admiral comes complete with a Michelin-rated restaurant. I didn’t technically eat at Salt, but I’m pretty sure the restaurant is behind the hotel’s real star: the outdoor patio. There is nothing like sitting outside by the canal drinking a beer or a cup of coffee, staring longingly at the Royal Danish Opera House or the Royal Theater to the right, gazing upon the boats in the harbor and numerous passersby. 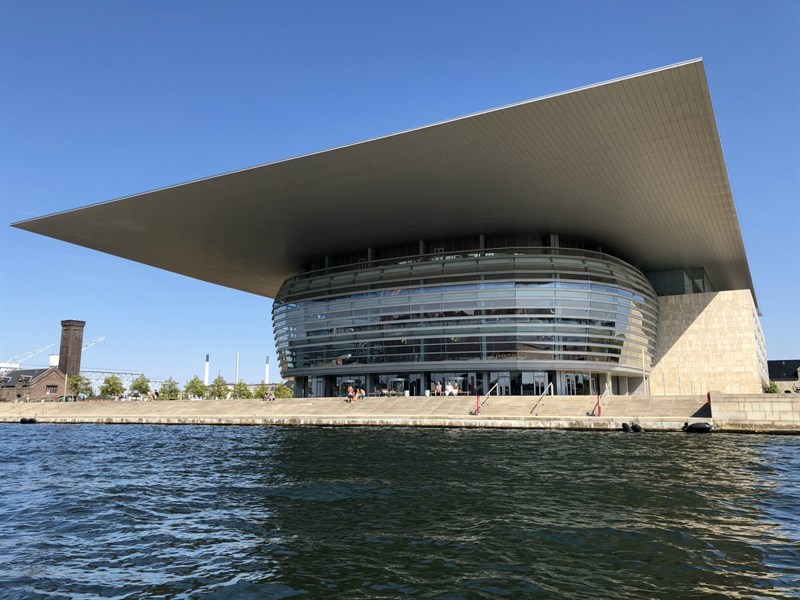 Most of us were feeling pretty adventurous after checking in Wednesday afternoon, and we had some free time, so we went our separate ways to do some exploring before dinner. One of the first things I noticed were all of the cyclists. Did you know that there are over 850,000 bikes owned by roughly 600,000 residents in Copenhagen? (Numbers provided by our next day’s guide, Xena.) More than 50 percent of the city’s residents commute by bike every day.

I also noticed a lot of construction. Copenhagen is investing heavily in the city’s infrastructure and adding 24 new stations to its Metro system, 17 of which will be open by the summer of 2019.

Residents of the city are having to rely less and less on cars. I wonder if that plays a part in their overall happiness. Cars apparently cost a lot of money in Denmark, so folks are quite content using public transportation, which is fairly easy to use.

The following day we took a walking tour of the city with our guide, Xena. We saw the Royal Square, the Marble Church, Rosenberg’s Castle and Gardens and much of downtown Copenhagen. Again, it was another sunny, warm day — but cool enough to make most Sacramentans jealous. It was perfect weather for a tour around a beautiful city.

The next day we were touched by royalty again as we toured Fredriksborg Castle. Then we went to see the gardens at the private summer residence of Queen Margrethe. Later that night, my wife, Sarah, and I explored the 175-year-old amusement park Tivoli Gardens. We only had the opportunity to ride one roller coaster, but the place was magical at night when it was all lit up. 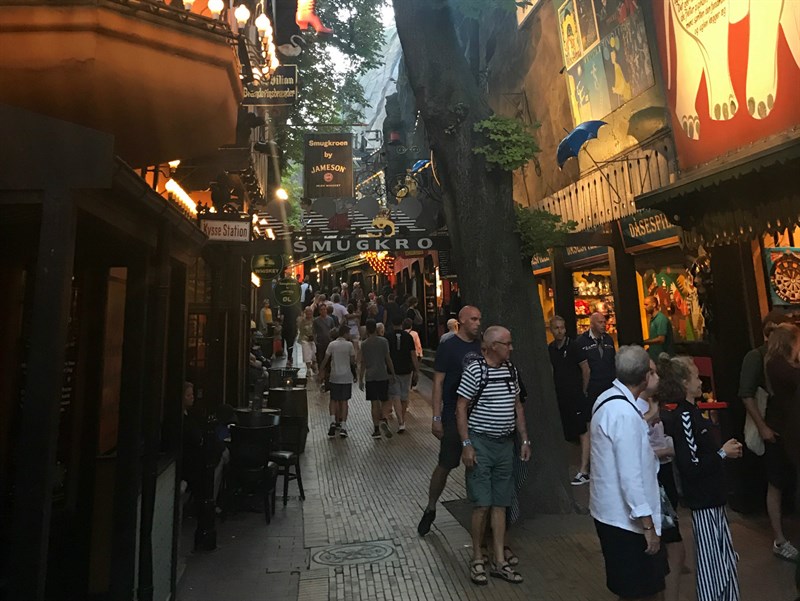 All in all, Copenhagen felt quaint (though much bigger than it looks) and accessible, and the people are very friendly. Be sure to spend time in Nyhavn when you visit, though. Its charm is irresistible with its colorful 17th and 18th century townhouses. Street level, the houses are shops and restaurants. Restaurant patios are full in the summertime, and they all overlook the canal. Not to mention, if it gets too cold, then all you have to do is wrap yourself up in the blanket provided on your chair by the establishment. As I mentioned earlier, coziness is key; Copenhangeners won’t let anything get in the way of their hygge.

After Copenhagen, it was on to Oslo by ferry. Let me ask you: what do you think of when you think of a ferry? I dare say, we were pretty surprised by the ferry on which we were about to embark.