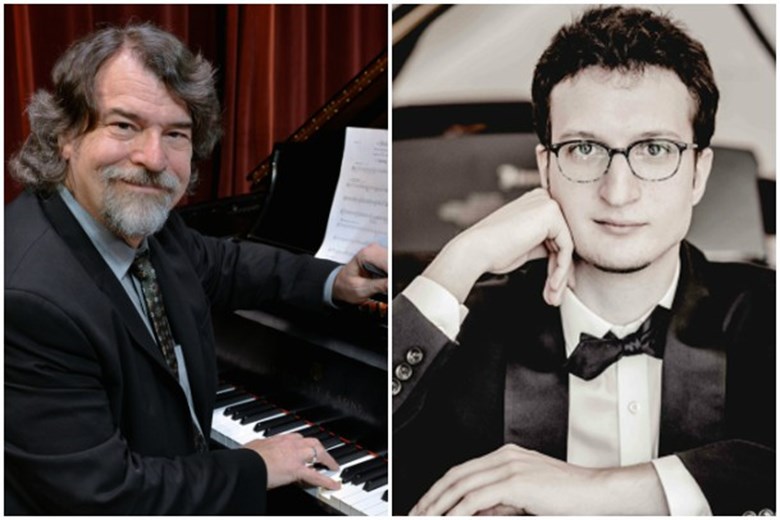 The audio of this program is no longer available.

No one knows just when we'll be able to meet again in the concert halls to enjoy live performances by the outstanding musicians of our region, along with exciting visiting artists. In the meantime, CapRadio and the Stockton Symphony are teaming up to bring the concert hall experience home to you. We've assembled highlights from the symphony's (virus-shortened) 2019/20 season and produced two concert specials which aired May 22nd and May 29th.

Along with the performances which were recorded live in Atherton Auditorium we also collected comments from Rodolfo Leone, Chris Brubeck and Peter Jaffe for the program. You can listen to and watch extended versions below.

Chris Brubeck talks about why he created the Time Out Suite and what his famous father might have thought of the work. Chris touches on the relationship between jazz and the orchestral tradition and he talks about how he first got interested in orchestrating. His dad gave him an assignment to orchestrate a section from a work the elder Brubeck was writing about the Kent State tragedy. Listen to these topics and more in Chris Brubeck's extended interview with Peter Jaffe and Paul Conley.

Rodolfo Leone wasn't scheduled to perform with the Stockton Symphony in November of 2019. But when the planned soloist cancelled at the last minute, Rodolfo got the call with about a week to prepare! He talks about that, about some of the unique aspects of Beethoven's "Emperor" Concerto, and about playing with an orchestra and its conductor for the first time in this extended interview with Peter Jaffe and Paul Conley.

Stockton Symphony's Peter Jaffe spoke with both Chris Brubeck and Rodolfo Leone to give a behind-the-scenes look at the two performances.