Police officers stand guard near the scene of a deadly shooting on Sunday in Monterey Park, Calif. 10 people were killed and 10 more were injured at a dance studio near a Lunar New Year celebration on Saturday night.

A mass shooting over the weekend at a dance studio in Monterey Park, a city east of Los Angeles, killed 11 people and left nine others injured.

After an hours-long manhunt, the suspect was found dead from a self-inflicted gunshot wound in Torrance, about 30 miles southwest of Monterey Park, officials said. The suspect has been identified as Huu Can Tran, a 72-year-old Asian man.

The late Saturday evening attack took place in a predominantly Asian American community on Lunar New Year's Eve, after a popular festival in the area. Ten people — five women and five men — were pronounced dead at the scene Saturday night.

An 11th victim later died at a hospital, the Los Angeles County Department of Health Services (DHS) said in a statement on Monday. The victim was not identified by officials.

On Monday, the Los Angeles County Medical Examiner-Coroner identified four of the victims as 65-year-old My Nhan, 63-year-old Lilan Li, 57-year-old Xiujuan Yu and 68-year-old Valentino Alvero. The remaining three women and four men — all in their 50s, 60s and 70s — have not yet been identified.

"Our teams continue to work around the clock to care for the remaining two victims receiving treatment at LAC+USC, and we remain hopeful for their recoveries," Jorge Orozco, chief executive officer at LAC+USC Medical Center, said in a statement.

The motive for the shooting is not known. The FBI and state authorities are also involved in the investigation.

During a news briefing Monday afternoon local time, Los Angeles County Sheriff Robert Luna told reporters the gunman had a "limited criminal history," and had been arrested in 1990 for unlawful possession of a firearm. 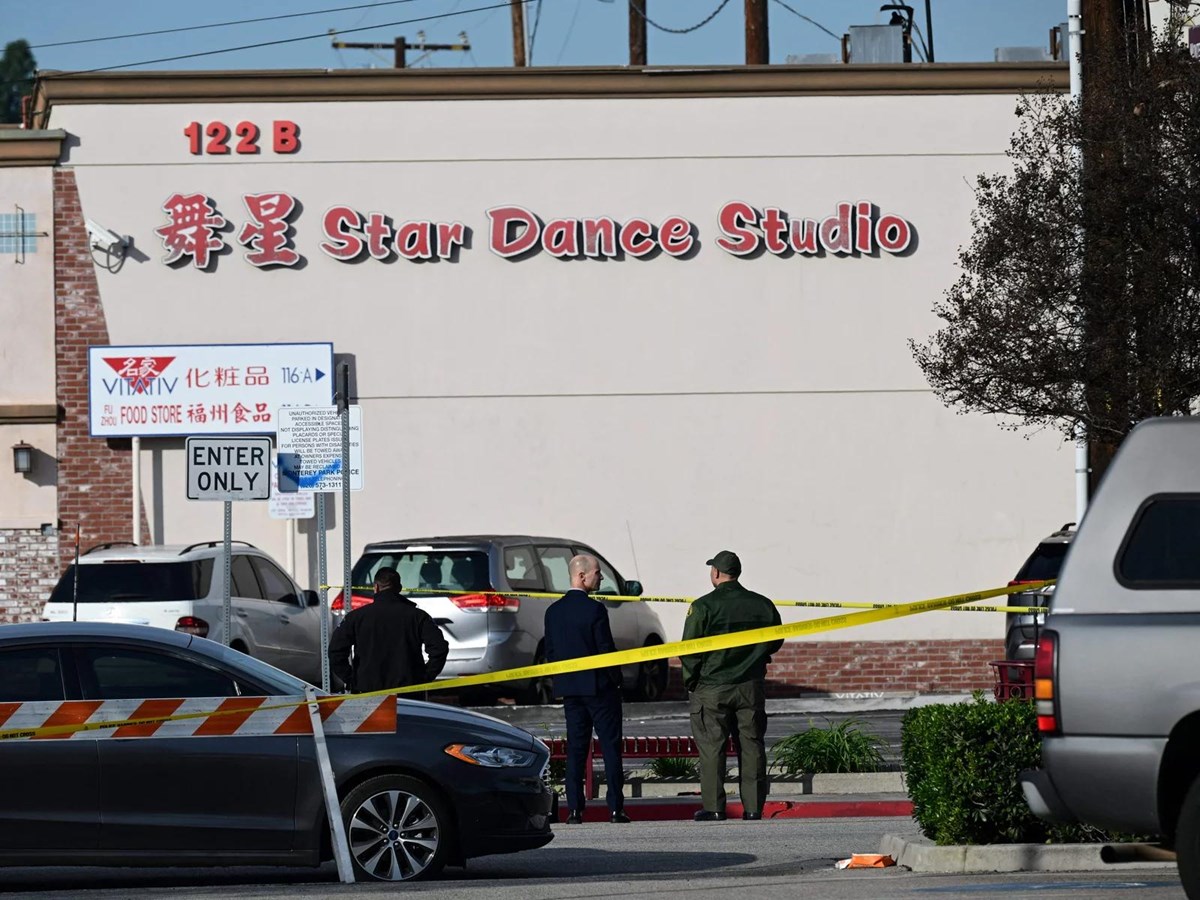 At around 10:22 p.m. local time on Saturday, Tran opened fire inside of Star Dance Studio, a Chinese-owned ballroom dance studio on West Garvey Avenue, less than a block from where a Lunar New Year festival was held. The first day of the two-day festival had just ended. The event, which officials said drew more than 100,000 attendees, was canceled after the shooting.

About a half hour after the attack, the same armed man went into another ballroom studio, Lai Lai Ballroom and Studio, in nearby Alhambra, a few miles away.

The suspect went to the second location with the "intent to kill more people," Los Angeles County Sheriff Robert Luna said, but two people successfully disarmed the suspect by wresting the weapon out of his hands.

The suspect was using what local authorities said was a magazine-fed assault-style pistol, of which Luna said he was unsure of its legal status in the state.

On Sunday at about 10:20 a.m., police saw a white cargo van in Torrance, Calif. The driver of the van pulled over and police surrounded it, then heard a single gunshot. Authorities retreated and returned at about 12:52 p.m. with backup, to find Tran inside, dead from a self-inflicted gunshot wound.

The Asian-American community is 'on edge' 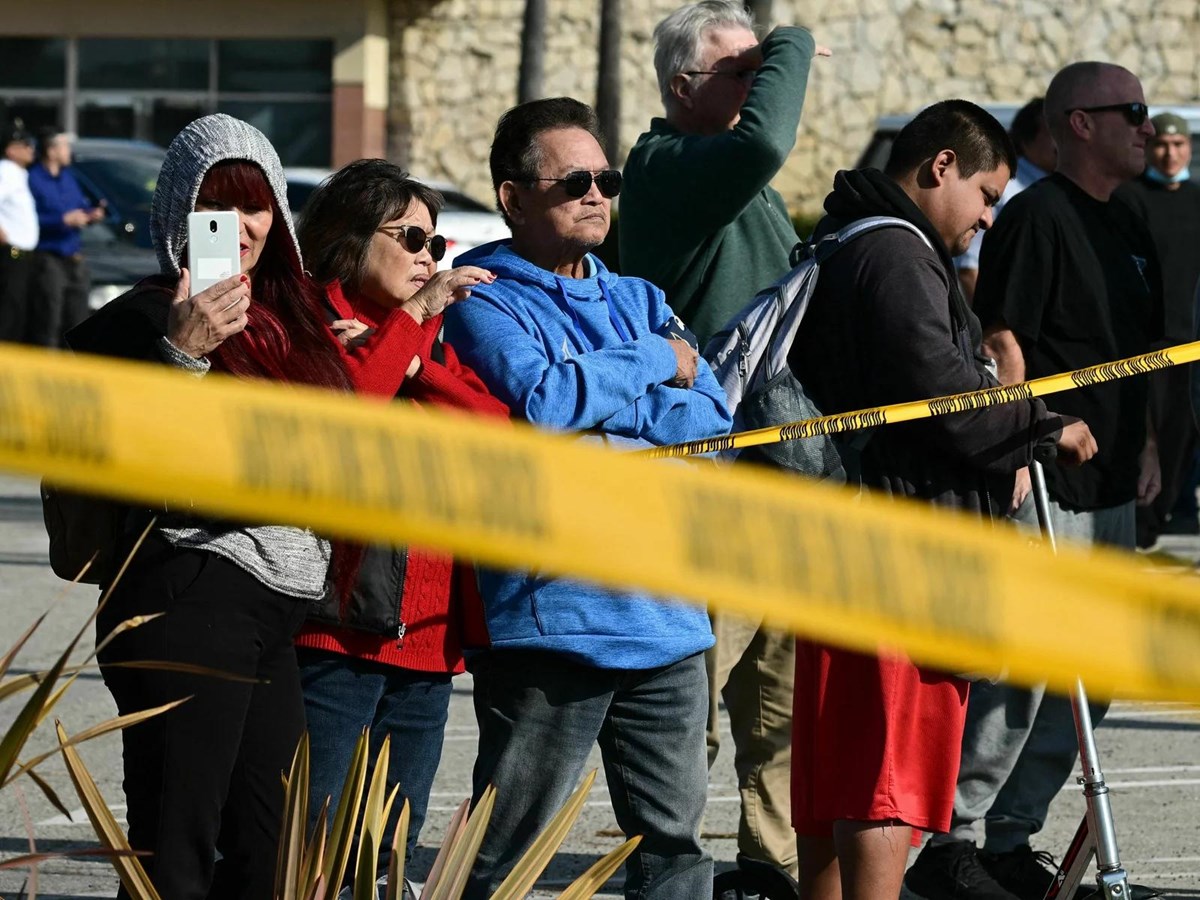 Monterey Park's population is more than 65% Asian, according to the latest figures from the U.S. Census Bureau.

The city of nearly 60,000 residents had just wrapped up the first day of its Lunar New Year Festival when the shooting occurred.

Lunar New Year, which began Sunday, is one of the most important festivals across Asian societies, including in Vietnam, China, Korea and Mongolia. The holiday historically starts on the first new moon of the lunar year, but its start date and origins may vary across cultures.

Monterey Park council member Thomas Wong, who represents the district where the shooting took place, said his community was shocked, saddened and "on edge."

"Instead of celebrating and bringing family together to look forward to a hopeful and prosperous new year, we're starting it off with a senseless tragedy," Wong told NPR.

The gunman was manufacturing homemade firearms in his home, officials say

Luna told reporters that investigators discovered a "few items of interest" at the gunman's residence on Monday, some of which led investigators to believe he was "manufacturing homemade firearm suppressors."

The items were gathered during a search warrant that was executed earlier that day, according to officials.

Luna also told reporters that some of the other recovered items were a 308-caliber rifle along with various electronic devices, including computers and cell phones. In addition, authorities said they also discovered "hundreds of rounds" of ammunition.

Ballistic and additional forensic comparisons will need to be done on all of the items that were removed from the home, according to Luna.

"We don't want to leave any stone unturned," Luna told reporters, adding that his office is working in partnership with the FBI, ATF and the Los Angeles District Attorney's office.

The shooter had alleged his family was trying to poison him

Authorities said Tran visited a police station in Hemet, Calif., earlier this month to allege that his family in the Los Angeles area had defrauded, stolen from, and tried to poison him in incidents ranging from 10 to 20 years ago.

The suspect stated he would return to the station with proof to back up his allegations but he never returned, the Hemet Police Department said.

The department did not go into further detail about the gunman's visit to the station.

Leaders send their condolences to the victims' families 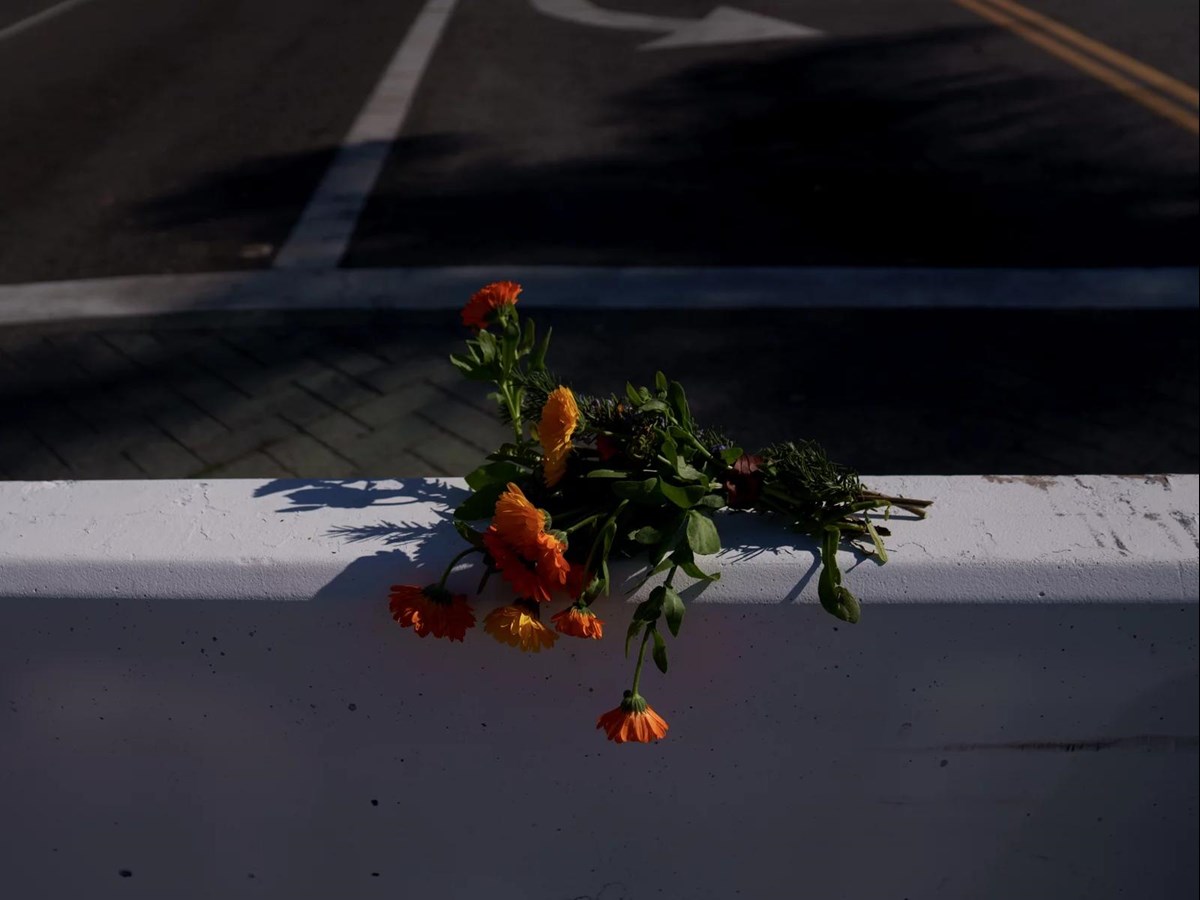 Monterey Park Mayor Henry Lo expressed his condolences for the shooting victims and their families at a press conference, and said, "Moving forward, it is important that we be there for them, to provide services and support they need, in what will be a time of healing in the next weeks, months, if not years."

Monterey Park has established a memorial at city hall and a survivor's center at a local senior center.

President Biden has been briefed on the shooting.

"Jill and I are praying for those killed and injured in last night's deadly mass shooting in Monterey Park. I'm monitoring this situation closely as it develops, and urge the community to follow guidance from local officials and law enforcement in the hours ahead," Biden said in a statement on Sunday.

"The strength of this community is incredible," he said. "No other country in the world is terrorized by this constant stream of gun violence. We need real gun reform at a national level.

Police departments in San Francisco, New York City, Philadelphia and Houston said they would be increasing the presence of officers at Lunar New Year events following the mass shooting.

The shooting in Monterey Park comes amid an already violent year for the U.S.

The country has seen at least 33 mass shootings in 2023 alone, according to data compiled by the Gun Violence Archive.

The archive defines a mass shooting as one in which at least four people are injured or killed, other than the shooter.

For a recap of how this news unfolded, read NPR's digital live coverage.