On Monday, the skies cleared just in time for Martin Luther King Jr. Day celebrations in Sacramento. At Grant Union High School, this was their first MLK Day march since the pandemic began.

The significance of the day wasn’t lost on the historically Black North Sacramento community. MLK Day serves as a day of reflection and transfer of ancestral knowledge. Much like in the 1950s, Sacramento’s churches and schools hold space for dialogue around past and present struggles for Black people.

Del Paso Union Baptist Church Pastor Donnell Riggins addressed those who had assembled before the march. 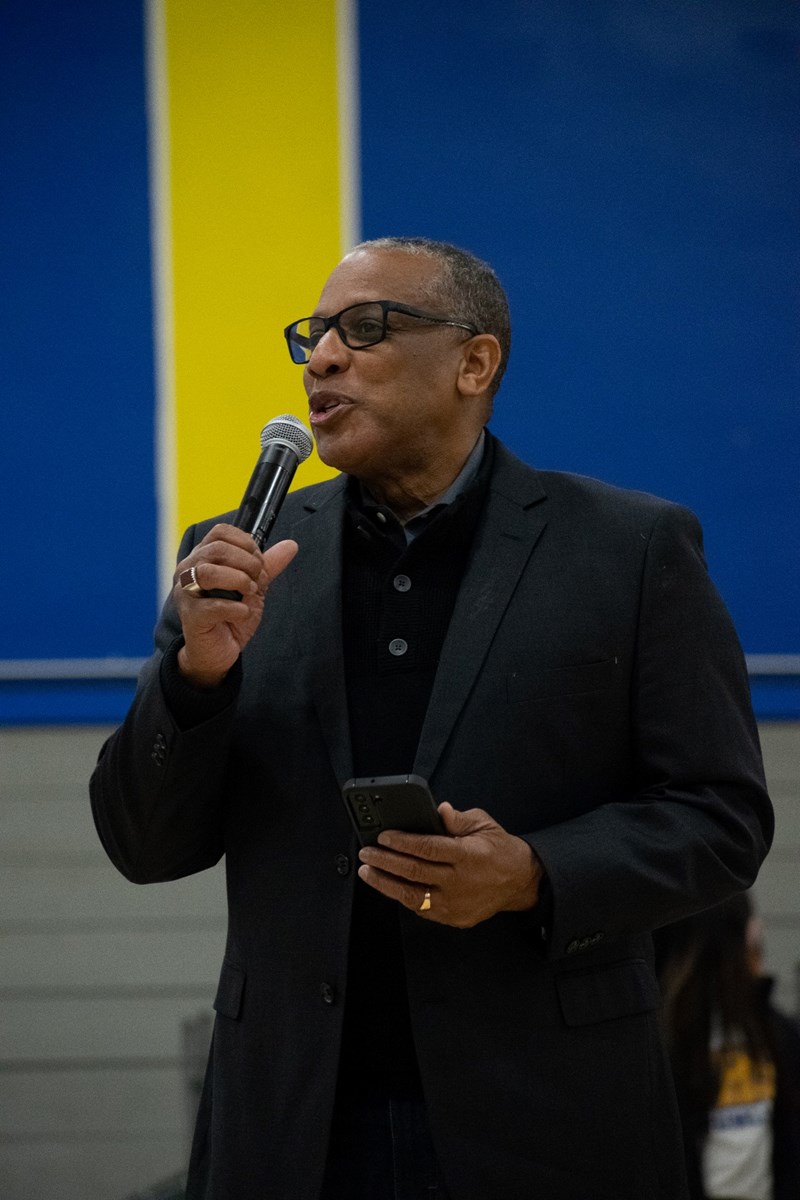 “It's a great day memorializing one of our fallen leaders, who accomplished so much in his service to oppressed people everywhere,” he said. “For young people to be involved is a teaching moment to help them know that they have some skin in the game.”

Riggins emphasized that Del Paso Heights is the hub for Sacramento’s Black community. “It's a real community, not just a neighborhood. And once you're part of this community, there's no better experience,” he said, underscoring that love and support are vital for inclusive and diverse representation.

The day started at Grant High Union School early in the morning with performances to honor Black ancestors, including a rendition of the Black national anthem – “Lift Every Voice and Sing” by James Weldon Johnson. Grant High senior Amia Baptiste sang the anthem, filling the school’s auditorium with her melodic voice. Others in the auditorium belted along with her, providing a tangible sense of comfort and support. Baptiste said this was a powerful experience for her. 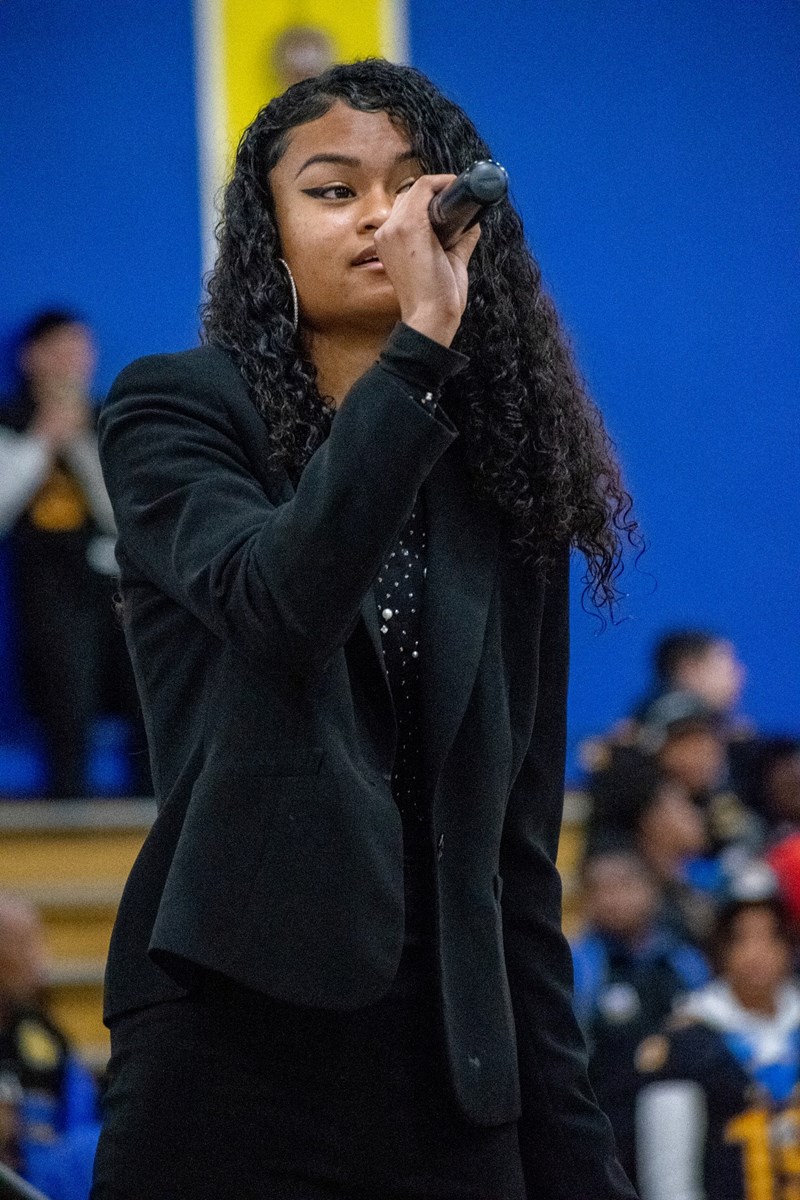 “I felt like I wasn't the only one up there,” she said. “I had to take a deep breath in because I know what I'm singing about and I know it's a serious thing.”

The march stepped off from the high school’s parking lot and traveled through Del Paso Heights. People stood at their doorsteps in anticipation of seeing the Pacerettes dance to the beat of Grant High’s drumline – it's a staple of the march which takes months of preparation. Keishan Balque, an 18-year-old drummer, has been with the drumline for five years.

“When you think of the MLK March, you think of Grant’s drumline,” he said. “These are things that people are looking forward to. We're here to entertain the crowd while we're marching.”

Balque said he had missed getting to be part of this event during the pandemic: “This is an every year thing for the community. Everybody comes to celebrate.”

The drumline, the pastor’s speech and the Black national anthem reflect the cultural roots of the MLK Day celebration – a day for imparting history to the next generation. 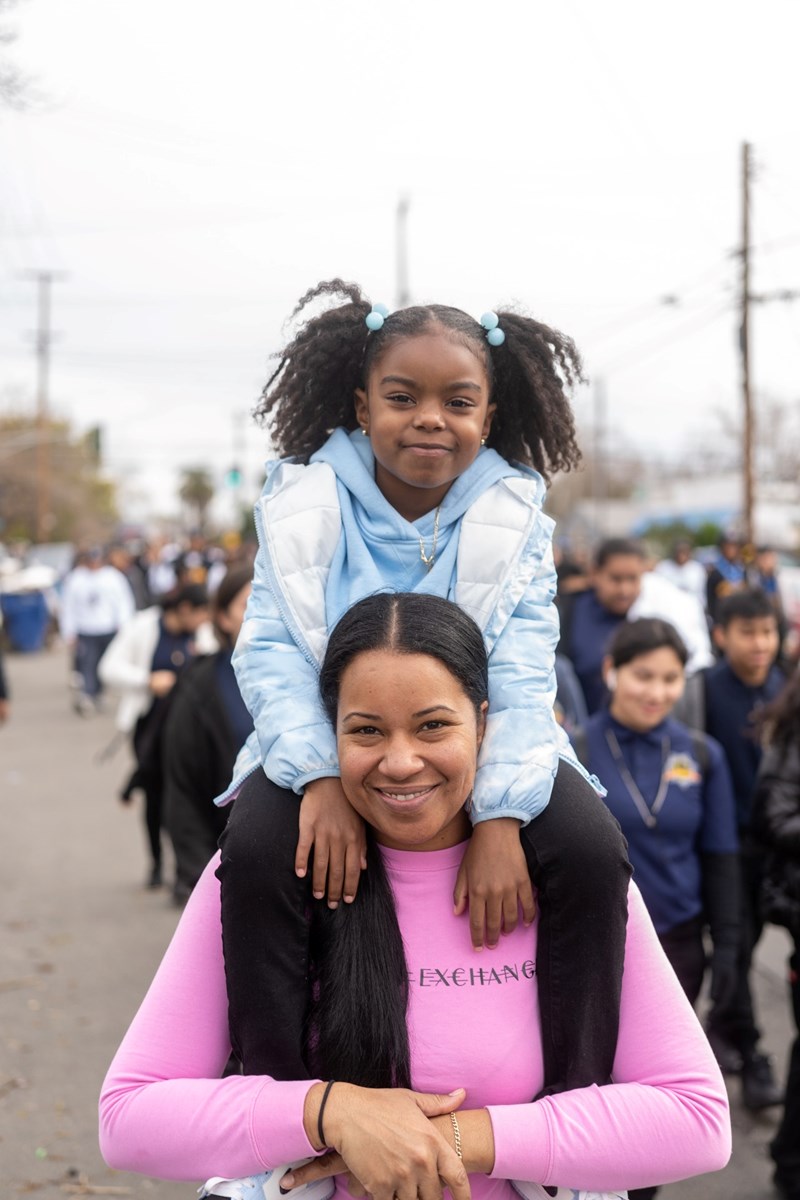 “From her dad she always hears, ‘My little chocolate drop, you're so Black and beautiful.’ So she was definitely afraid of making the connection,” she said.

Yolilah Jones came ready to walk the many miles as part of the march. She said it made her happy to be part of the event, and, she said, from her understanding, “back then, the laws weren’t fair.”

Jorlen said that, for her daughter, this is just the beginning of her journey with what the color of her skin can mean to others.

For Grant High footballer Eric Moore, it was the first time he had considered the historic trials that prompted the annual march.

“That felt good,” he said. “I never walked before, especially one of these, so it just felt different.” 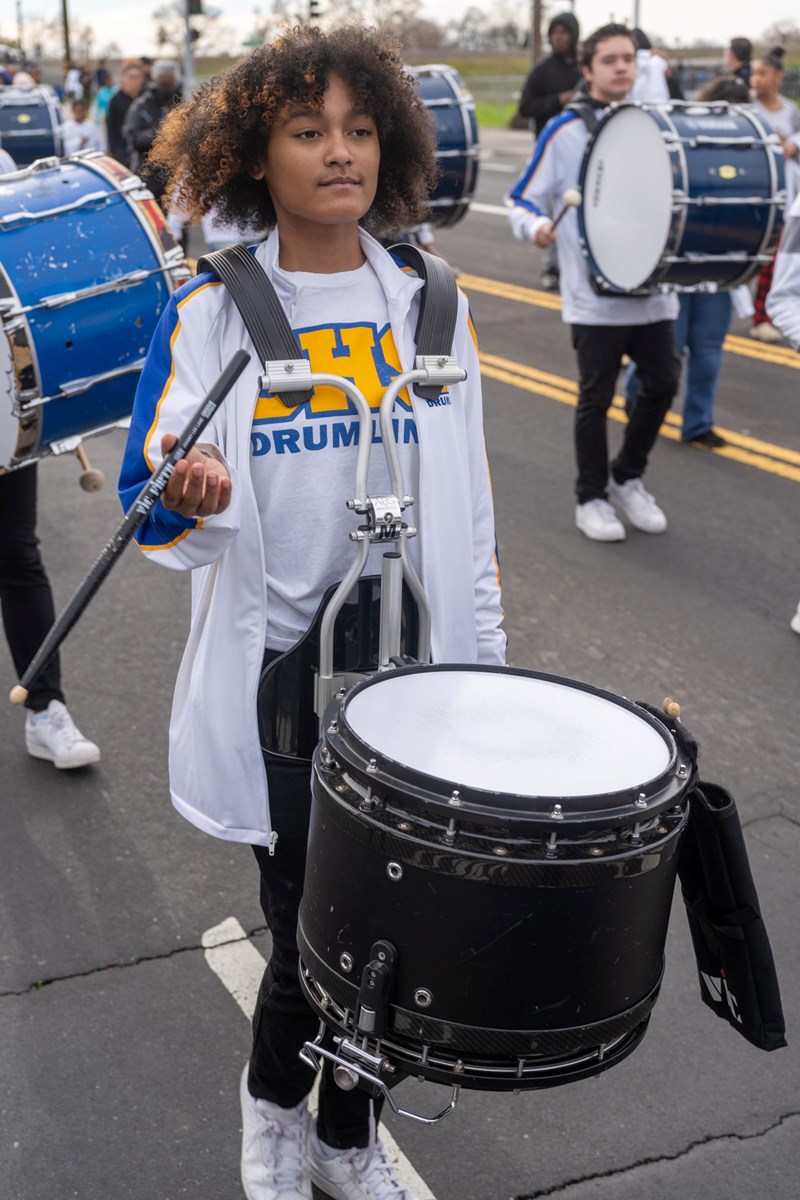 Similarly, it was the first MLK Day march for 14-year-old Tiara Bowman. She drummed nearly the entire two-hour march, only taking short breaks, and said she had been waiting for this moment.

“As a Black person, MLK is a big role model in my life. I’m learning about him a lot,” said Bowman.

Student voices from Sacramento echoed the need for marches and celebrations that acknowledge the efforts of the Black community.

“For me, it's a reflection of my ancestors, the different struggles that they went through in the past and how they've been able to overcome it,” said 16-year-old Samaya Dillard. “And it gives me the opportunity to celebrate them here today.”

Teairra Anderson, a junior at Grant High left the march with a takeaway for her community: “I feel like people should come out and get this experience. It’ll send a message to the rest of the world to do more stuff like this.”

Correction: A previous version of this story incorrectly identified Amia Baptiste's age. It has since been updated.