One year after getting raises boosting his salary by 21%, Sacramento’s city manager received another pay increase, his fifth in six years. With a 7.5% raise retroactive to February 2022, the annual base salary for the Hoawrd Chan, the city’s top executive, increased from $372,700 to $400,652.

Chan has seen his initial salary as city manager rise a total of 42% over six years since he was appointed as city manager in February 2017. He began the position with a $282,060 annual salary, according to his initial contract. His current contract lasts through Dec. 31, 2024. 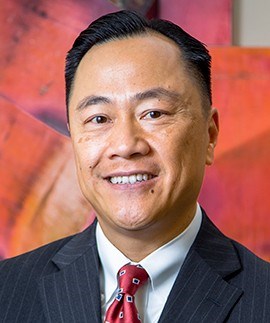 Council member Katie Valenzuela cast the sole vote against approving the raise, saying she meant no disrespect to Chan and his work.

“This is a significant amount of money, and, frankly, this would be different if we hadn’t just given our unions who work under the city management team less than half of this percentage increase in their salaries,” Valenzuela said.

Chan has been paid more than every city of Sacramento employee from 2019 to 2021, according to the California State Controller’s Office. His total wages in 2021 were listed as $454,209, which includes one-time cash outs but does not encompass benefits like health care, on the office’s website.

Council members Jeff Harris and Rick Jennings both praised Chan before voting in favor of the raise. Harris said Chan looks out for city staff and deserves the raise.

“We have an excellent city manager who’s been here with us for six years, and especially been here during the tough period of time during the pandemic to lead us and lead the charge to make Sacramento a better city,” Jennings said. “I can’t find a better teammate that I want to work with.”

While Chan has led the city, Sacramento opened the new SAFE Credit Union convention center and performing arts center. The city has also increased its available emergency shelter beds from less than 100 five years ago to 1,100 beds and spaces currently. Chan has additionally overseen the city’s COVID-19 relief programs.

During that same time, Chan has faced multiple calls from members of the public to resign. Chan has faced criticism for his response to the city’s growing homelessness crisis, including not opening an emergency warming center during a January 2021 winter storm that ultimately killed multiple unhoused people. In July 2020, activists demonstrated near his house, calling on him to resign over his handling of police officers misconduct. Protesters also asked Chan to resign for not firing the two officers who fatally shot Stephon Clark in 2018.

Jon Coupal, President of the Howard Jarvis Taxpayers Association, said it seemed like the city rushed pushing through the raise. Coupal raised concern over how the staff report listed no financial considerations for the raise, despite how long-term retirement benefits are tied to salaries.

He also questioned giving a raise to a public servant amid current economic projections.

“I think the timing of this proposal is going to make taxpayers scratch their heads a little bit,” Coupal said in an interview before the vote. “You know, we're on the precipice of a recession and a lot of folks in the private sector do not have an opportunity to get any raise at all.”

The city manager is Sacramento’s chief executive officer whose responsibilities include preparing the annual budget, overseeing most city departments and making recommendations to the City Council. Chan reports to the council, which has the power to hire and fire the city manager.

If Chan’s employment ends for any reason, his contract says he will receive a severance payment equal to a year’s worth of health benefits.

Chan began working for the city in 2002, when he was hired as the parking services manager. He was an assistant city manager for about three years before succeeding former City Manager John Shirey, who held the top position for five years.