Louise Vermillion, who lives in a Sacramento homeless shelter, registered to vote on Thursday at Loaves & Fishes because “you gotta stand up for what you believe in,” she said.

Sacramento County election workers held a voter registration drive on Thursday at a location some might not expect: Loaves & Fishes, one of the region’s busiest homeless service centers near downtown Sacramento.

The goal? To let unhoused residents know they have the opportunity to vote no matter where they lay their head at night. No permanent or numerical address is required to register. Instead, residents can provide the address of a temporary shelter, a park or an intersection to sign up, said Janna Haynes, a county elections spokesperson.

“We know that they’re already dealing with dozens of other challenges. We don’t want [registering to vote] to be one of them,” Haynes said as election workers explained the registration process to guests at Loaves & Fishes, following breakfast at the downtown homeless center. “We want to give them a voice and so we make it as easy as possible, which is why we come here to Loaves & Fishes, where they already are.”

While a permanent address is not required, residents must be 18, a U.S. citizen and have a valid ID to register.

Over the past four decades, state and federal courts have ruled that people experiencing homelessness cannot be denied the right to vote simply because they lack a roof over their head.

At Thursday’s registration drive at Loaves & Fishes, election workers signed up 13 people, including Donald Miller, who said he’s been homeless for about three years and lives near a levee.

The reason he plans to vote? Failed promises by local leaders to solve the region’s homelessness crisis, Miller said.

“I felt like I really need to vote because my vote counts,” he added. “Everybody’s voice needs to be heard about the things that need to be done for people to get off the streets.”

Donald Miller, who said he’s been homeless for about three years, registered to vote for the first time during an event at Loaves & Fishes near downtown Sacramento on Thursday.Chris Nichols / CapRadio News

Measure O, which voters in the city of Sacramento will decide on this fall, directly impacts unhoused residents. If approved, it would ban homeless encampments on public property if an offer of available shelter is made.

Loaves & Fishes guests Todd and Kimberly Russell said they’re also registered to vote. They said they plan to support candidates who will lower barriers to housing for residents like themselves.

“I’m a worker when I can find a job. But right now, it’s kind of hard for me and my wife,” Todd Russell said, explaining they often don’t know where they’ll get their next meal. “And trying to find a spot since our credit score is low.” 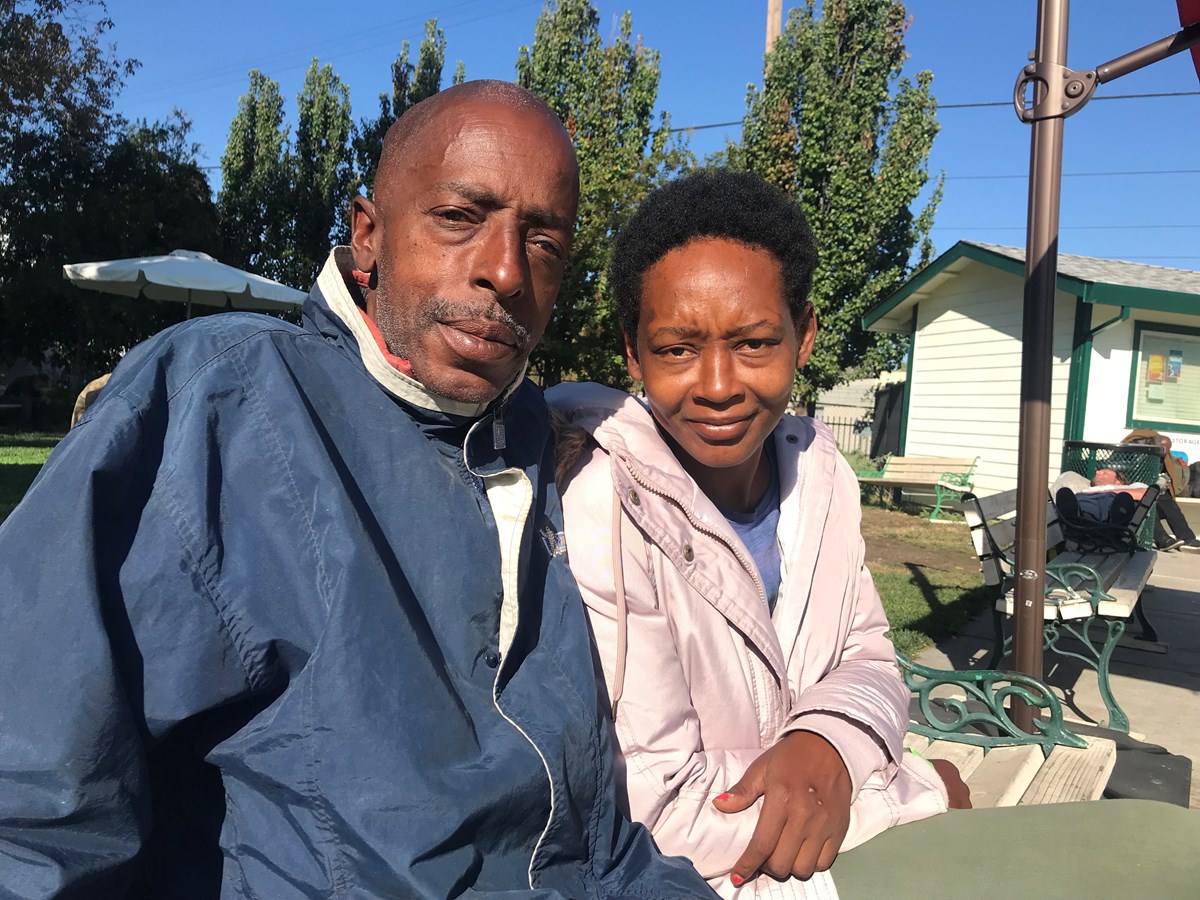 Todd and Kimberly Russell, who live in a tent in Sacramento, said they plan to vote in November for candidates who will lower barriers to housing for residents like themselves.Chris Nichols / CapRadio News

Louise Vermillion said she moved to Sacramento this month, but hasn’t found a permanent place to live. She said she registered to vote at Thursday’s event because “you gotta stand up for what you believe in.”

“You got to have a voice,” added Vermillion. “You just can’t step back and let things happen because nothing’s going to change if you do that.”

Californians, no matter their housing situation, can register to vote at any county elections office or vote center through election day November 8th.

You can sign up or check your voter registration status on the Secretary of State’s website. If you haven’t voted in recent years or you have recently moved counties, you may be an inactive voter and need to update your registration.

Correction: A previous version of this story misidentified Donald Miller. It has been corrected.