The Washoe Tribe’s health center serves members from both Nevada and California. Tribe members and other area residents are among millions of people nationwide who this year will experience poor air quality because of wildfires.

Smoke began billowing into the skies of northwestern Nevada in September, clouding the mountains, dimming the sun — and quashing residents’ hopes that they would be spared from wildfires and the awful air quality the blazes produce.

The lung-irritating particles were blowing in from burning forests in California and settling in Douglas County, Nevada, home to nearly 50,000 people, prompting warnings that air quality had reached hazardous levels.

Those levels meant the air was very unhealthy, bad enough to raise alarms about people’s immediate health care needs and questions about whether worsening pollution could result in long-term health issues. People could increasingly face such risks as climate change makes wildfires, drought, dust storms, and floods more frequent across the U.S. and the world.

“There’s not much we could do about it,” said Serrell Smokey, chairman of the Washoe Tribe of Nevada and California. The tribe’s land straddles the border between California and Nevada near Lake Tahoe and extends into Douglas County, about 60 miles south of Reno.

Tribe members and other area residents are among millions of people nationwide who this year will experience poor air quality because of wildfires. In September, as smoke settled over Nevada, fire-related air quality alerts were dispatched in six other states: California, Idaho, Montana, Oregon, Washington, and Wyoming.

Yet, by one measure, people who live in Douglas County are better off than those in some other hard-hit areas. Douglas County residents must drive 30 minutes, on average, for medical care from lung specialists called pulmonologists. In other parts of the West and Upper Midwest, however, patients must drive an hour or more, according to data analyzed by GoodRx, a website that tracks prescription drug prices and conducts research.

Specifically, the research found that about 5.5 million Americans live in the 488 counties where drive times to pulmonologists are an hour or more. Much of Nevada and large parts of Montana fall into those gaps between specialists — places that have recently grappled with wildfires that fill the air with smoke and ash, which can cause lung problems or exacerbate existing ones.

Data from the Association of American Medical Colleges shows the number of pulmonary disease specialists in the U.S. dropped nearly 11% from 2014 to 2019. The group, which is based in Washington, D.C., and represents the academic medicine community, noted that the decline might not be as high as it appears because some physicians are opting to practice pulmonary critical care rather than just pulmonology. Many of those types of pulmonologists work in hospital intensive care units.

About 15,000 pulmonologists are practicing in the U.S., according to the GoodRx report. Yet vast swaths of the country have few or none.

“New Mexico has one pulmonologist for the entire southeastern part of state, not counting Las Cruces, which is closer to El Paso,” said Dr. Victor Test, a pulmonologist at Texas Tech Physicians.

Test, one of 13 pulmonologists in the Lubbock, Texas, region, said that his patients from within Texas sometimes drive four hours for an appointment and that other people travel from “New Mexico, Oklahoma, even far western Kansas.”

Increases in wildfires and their intensity will likely expand the need for pulmonologists. 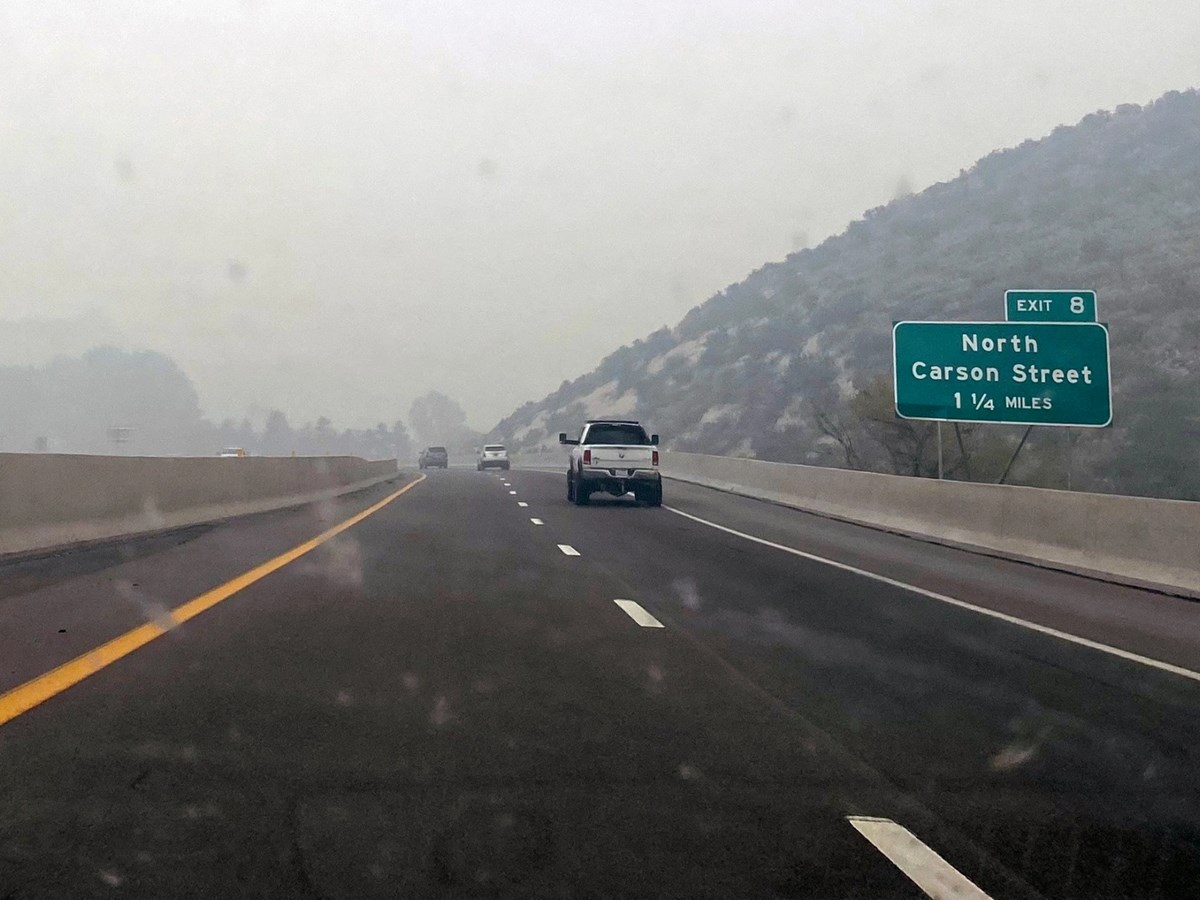 “Climate change is going to affect lung disease,” said Dr. Nicholas Kenyon, a professor of pulmonary, critical care, and sleep medicine at the University of California-Davis School of Medicine in California, where he and several other researchers are tracking the effects of wildfires. At his Sacramento practice, Kenyon said, he sees patients from far northern parts of California, including Eureka, a five-hour drive from the state capital.

The short-term effects of breathing smoke are pretty well known. People show up in emergency rooms with asthma attacks, exacerbation of COPD, bronchitis, and even pneumonia, Kenyon said. Some have chest pain or other cardiac concerns.

“But we have very little understanding of what happens over the longer term,” he said. “If people get two or three weeks of wildfire exposure for two or three years, does that lead to worsening of asthma or COPD? We just don’t know.”

Fires release multiple pollutants, including carbon dioxide, carbon monoxide, and chemicals like benzene. All fires send particles into the air. Health researchers and air quality experts are most concerned about tiny pieces referred to as particulate matter 2.5. Far smaller than a human hair, the particles can lodge deep in the lungs and have been linked to heart and lung conditions.

Increases in those tiny particles are associated with a greater risk of death from all causes, excluding accidents, homicides, and other non-accidental causes, for up to four days after a population is exposed, according to a 2020 New England Journal of Medicine overview.

The concentration of fine particulate matter is one of five gauges used to calculate the Air Quality Index, a numerical and color-coded index used to let the public know about local air pollution levels. Green denotes good air quality and is given if the total index is 50 or less. When the measurement exceeds 100, the air quality gets an orange label and may be bad for certain groups. Levels over 200 get a red label and are considered unhealthy for everyone.

Government agencies track those levels, as do people who use apps or websites to determine whether it’s safe to go outside.

When the AQI rises above 150, Dr. Farah Madhani-Lovely, a pulmonologist, said Renown Regional Medical Center in Reno shuts its outpatient pulmonary rehabilitation clinic because it doesn’t want to encourage patients to drive in. Some patients from Douglas County opt for care near home, about an hour away. “We don’t want these patients exposed outside because just one minute of exposure to the smoke can trigger an exacerbation of their chronic disease,” Madhani-Lovely said.

Smokey said connecting with pulmonologists can be difficult for Washoe Tribe members, particularly those who live on the California side of the reservation. “We cannot find providers for them,” he said. “We end up referring them out and sending them hundreds of miles out of their way just to get care that we should be able to provide here.”

Recruiting specialists to rural areas or smaller cities has long been difficult. For one thing, a specialist might be the only one for miles around, “so there’s a tremendous burden in terms of coverage and days off,” Test said.

Another concern is that physicians tend to train in larger cities and often want to practice in similar places. Even recruiting pulmonary physicians to Lubbock, a city of 260,000 in West Texas, is a challenge, Test said.

“I love Lubbock,” he said. “But I tell people who have never been here, I say, ‘It’s really flat.’ They don’t understand flat until they get here.”

In Nevada, on days when the air quality is bad, Washoe tribal members try to protect themselves with makeshift air purifiers created from fans, duct tape, and air filters, Smokey said.

It’s difficult because “there’s a need we should be taking care of,” Smokey said. “But we have to fight for it. And sometimes that fight takes years, years, and years to accomplish.”