As Mosquito Fire grows to largest in California this year, firefighters prepare for weekend storm 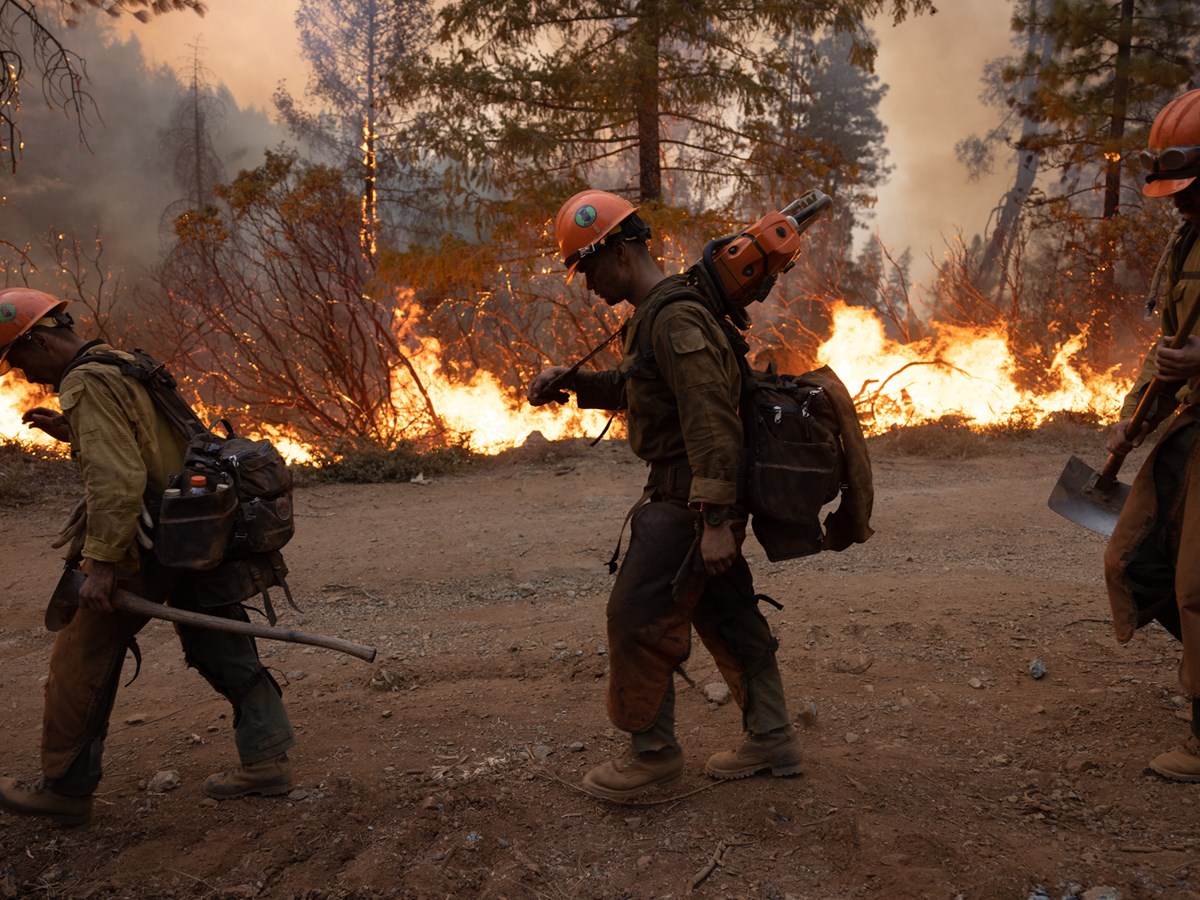 Firefighters manage a back fire operation in Volcanoville, Calif., to fight the Mosquito Fire, Friday, Sept. 9, 2022.

Fire officials said that their efforts to stop the rapid spread of the Mosquito Fire were more successful with this week’s drop in temperatures, though a storm forecast to hit Northern California this weekend could bring rain and gusty winds to the area.

On Friday night, Cal Fire officials said the Mosquito Fire has burned 71,292 acres of varied landscape, including parts of several historic Gold Rush communities in Placer and El Dorado counties. The fire held at 20% contained, down from 25% recorded on Tuesday.

On Thursday, Cal Fire officials said the fire eclipsed 63,000 acres, making it the largest in California this year.

For the first time since the fire started on Sept. 6, some evacuation orders were downgraded to warnings in El Dorado County on Friday. At a community briefing Friday night, members of the public pressed officials for updates about other evacuation orders.

“We understand that the biggest thing for a lot of you is to get you back home, and I assure you that is our number one priority and our goal,” Cal Fire’s Incident Commander Jim Hudson said. “It’s important that we understand that each section of this fire provides its own complexities and different situations. When we go to repopulate, it’s not as simple as sending everybody back home at once.”

Placer County Sheriff’s officials said that discussion around repopulation happens multiple times a day, but conditions must be right before any evacuation orders or warnings can be lifted.

“There's a process that we follow, and that's one to make sure that our partners on the [Cal Fire] side say it's safe,” Placer County Sheriff’s Office Lieutenant Josh Tindall said on Thursday. “And the next part of the process is to make sure the infrastructure is in place, that it’s safe enough for you to enter onto your property — utilities, electric, gas, water, any road issues and any environmental health issues.”

Officials are updating the evacuation map for Placer County and El Dorado County. There is also an information page from El Dorado County, and additional resources to track the fire.

Law enforcement officials from both counties announced that inspection to damaged and destroyed buildings, roads and other infrastructure has begun. Officials are updating damage inspection report maps in El Dorado County and say they’ve completed their inspection work in Placer County.

Here’s how fire officials say the fight to contain the Mosquito Fire will look this week.

A new weather system is headed toward the area with winds that may push the fire toward the northeast, according to Cal Fire’s Fire Behavior Analyst Jonathan Pangburn. Winds will be similar to current conditions, with slightly cooler temperatures and a chance for about a ¼ inch of rain.

Pangburn described the changing conditions as a “mixed blessing,” with the potential for rain but also for strong winds.

“Over the next few days we are anticipating similar wind and maybe a little bit cooler temperatures, which will definitely assist in the firefighting effort,” Pangburn said. “Nonetheless, we're going to be seeing that wind persistent out of the southwest, pushing toward the northeast.”

A Cal Fire report said that while cooler temperatures are helpful, the extremely dry vegetation in the area is also fueling its spread.

“Again, I'm going to remind you we had a record breaking heatwave and we had record dry fuels in the area available to burn, Pangburn said. “They're going to remain very dry, [a] receptive fuel bed to continue this fire even through the rain event. However, the rain of course will slow it down and give firefighters a chance to get in and continue to do some control line operations.”

Terrain in the area where the Mosquito Fire started is steep and rocky, which also has an impact on crews’ ability to contain the blaze, Cal Fire’s Chris Vestal told CapRadio.

“These deep canyons are not just hard for personnel to work on — or even our heavy machinery — but it really can drive the fire as well,” he said. “This fire is running uphill.”