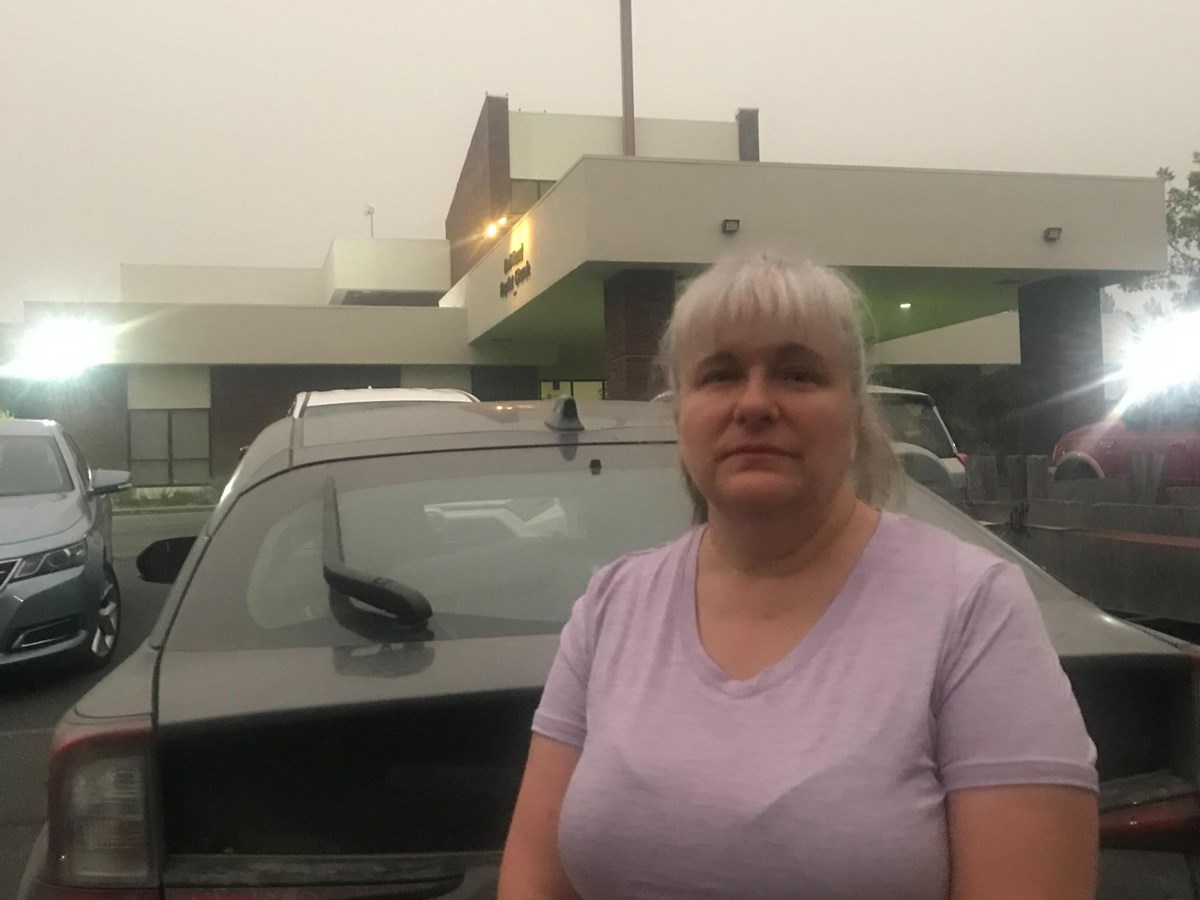 Rhonda Bergander, a Greenwood resident who evacuated from the Mosquito Fire, said she’s had to prepare for evacuations before. “It’s a yearly thing at this point.”

Dan Messing is closely watching the path of the Mosquito Fire. Messing and his neighbors in the small Gold Rush community of Todd Valley were forced to evacuate Thursday after the fire exploded in size.

“For certain, my neighbors and myself, we are in jeopardy, in peril — our homes are,” Messing said Friday morning at the Bell Road Baptist Church evacuation center in Auburn.

The Mosquito Fire has forced thousands of residents to evacuate from Gold Rush and foothill towns like Georgetown and Todd Valley, which are an hour or two northeast of Sacramento. Firefighters expect more dangerous wildfire behavior on Friday as California’s heat wave continues.

More than 60 people were staying inside Auburn’s evacuation center, while others slept in their cars with pets in the center's parking lot. There are additional centers in Cool and Cameron Park.

Since more evacuations were ordered Thursday, the Mosquito Fire has exploded in size, eclipsing 23,000 acres as of Friday morning, according to Cal Fire. Spurred by severe heatwave, wind gusts and drought conditions, the fire’s behavior has been erratic since it sparked Tuesday night near Oxbow Dam in Placer County.

Fire officials said they had hoped containment lines and weather patterns would have prevented it from moving toward more populated areas. Then it spread, crossing the Middle Fork of the American River and barrelling into El Dorado County toward Volcanoville. Now it’s burning in two counties.

Fire officials said earlier this week that they haven't inspected specific areas yet but were aware of possibly damaged structures. Cal Fire Amador-El Dorado Unit Chief Mike Blankenheim said Thursday night that some homes were destroyed in the town of Volcanoville, "but not the whole community by any stretch." 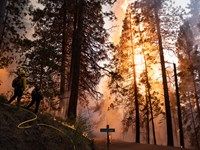 “I’m not certain my home still exists,” he said. “It’s a little disheartening. It was suggested that [firefighters] would not be able to save the entire neighborhood.

Rhonda Bergendar was at the Auburn evacuation center. She and her family left their home in Greenwood, a small town about 20 minutes east of Auburn. She’s had to prepare for evacuations before — “we went through the King Fire, we went through the Caldor Fire, there was a fire next to my mom’s house that we got evacuated from.”

Bergendar said once they start seeing the fire coming toward them, her family mobilizes. They begin packing and setting things by the front door. They monitor other nearby communities for evacuation warnings to figure out if they’ll be next.

“Once those go yellow, we start packing,” Bergendar said, referencing the color-coded system of evacuations. “Once Georgetown goes, stuff goes in the car. It’s a yearly thing at this point.”

At the evacuation center where Bergendar stayed overnight, Red Cross volunteers provided water, coffee, fruit and bagels for weary evacuees Friday morning. Outside, the air quality reached hazardous levels, with the air quality index topping 400 and ash floating down from the sky.

Seated in his car in the church parking lot, Tim Mull said he was forced to flee his Forest Hill home early Wednesday. The blaze created an “orange glow” that made it look “like sunrise, but it was 2 in the morning,” he explained.

Mull said he’s slept in his car the past three days with his girlfriend, her son and dog named Amigo.

“Pretty hectic,” he said of the situation. “Thank goodness for the Red Cross.”

The wildfire prompted Governor Gavin Newsom to declare a state of emergency in El Dorado and Placer counties. On Friday morning, Newsom announced that he secured federal dollars to “help ensure the availability of vital resources” and help contain the fast-moving Mosquito Fire.