Interview: How the Yurok Tribe is revitalizing traditions through redwood canoes

During the summer, CapRadio’s Insight host Vicki Gonzalez found herself traveling up Highway 101 through the Lost Coast and up into Del Norte County — the heart of California’s redwood forests.

Parts of Del Norte and Humboldt County make up the home of the Yurok tribe — the largest in the state with land that extends up the coastline along the longest wild and scenic river in California, the Klamath River. 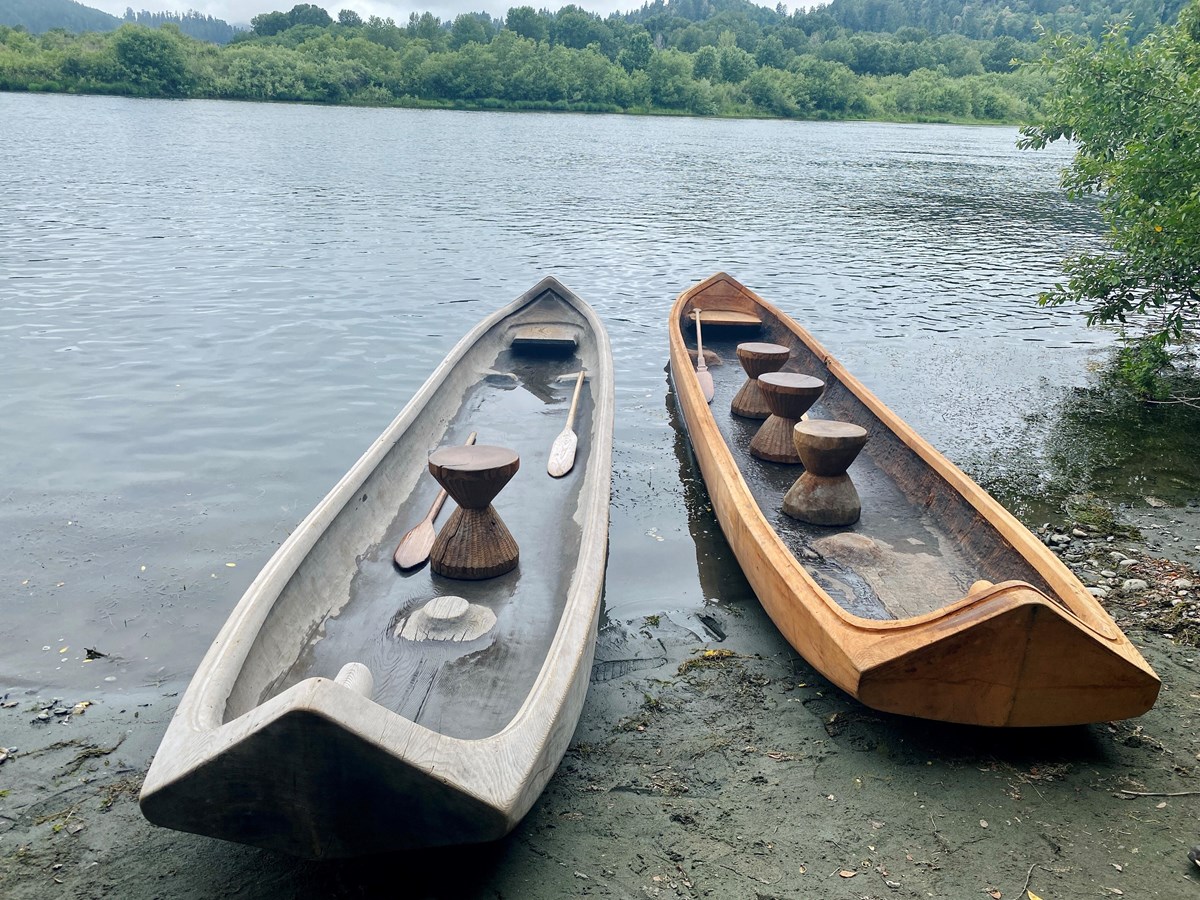 The tribe is undergoing an economic revival and redevelopment in restoring priceless cultural traditions that are at a risk of being lost. One of the traditions being revitalized is hand-carved canoes made from redwood trees.

And that's how the redwood tree lives with man, so we treat this with the utmost respect like we would another family member.

… First thing I do is introduce myself to the canoe and tell them I'm here to work on it. Then I say a little prayer for the canoe and for everybody that works on it.

Now I walk all the way around it with my hand on it. I get back to where I started, and that's how I start my day, and I always feel good.

And you never work on these when you're angry or if somebody asks. We've been really lucky.

We have people with addiction problems and stuff, but they never come over here [to build canoes]. And when my boys work on it, we talk about those people and I'll say, you don't see so-and-so [here] … too bad he can't be over here, but that's how he chooses to live.

And the idea is to encourage my boys that if this is the life they're going to choose — be responsible for the life of a canoe — then they can't live like that. My hope is that it keeps them from ever living like that.

Julian Markussen: So if you look right here, this is actually the nose of the canoe. And whenever you’re handling this canoe, you never want to grab right here because nobody likes to get pulled around by their nose.

But in reality, this is the short grain of the redwood, so it’s really easy to just pop right off, and then we have an out-of-commission canoe.

If you look a little bit closer right here, these are the lungs of the canoe ... and then they’re also connected to the heart, just like you and I.

And then we’re also always going to have this lifeline for the continuance of life that goes all the way around. If you look at the two notches in the back, those are the kidneys for purification and good diet.

And then we also got the heart right here. Back in the day, you wouldn’t even get into one of these canoes if it didn’t have a heart, kind of like, the energy was off.

Lastly, we have the seat in the back, and because at the end of the day, what do we do? We rest, right? So that’s what that signifies, is make sure to rest.

… We would never cut down a log [to make a canoe]. We like to think that the redwood chooses to be a log or not, so we actually only take the fallen ones.

… If you take care of them properly, they can last for over 100 years.

On the historical importance of the Klamath River and canoes

Hop Norris: This was originally described as a “redwood canoe highway,” hundreds of canoes going up and down each side of this river.

Even in old pictures before 1964, if you look at old pictures of the river, there’s all kinds of these canoes intermixed with the more modern boats as well up until 1964.

[Then,] during the [Christmas] flood [of 1964], all of them got washed out and hardly any of them were recovered, and then the knowledge was lost.

… This is all very new to us as well. You know, it’s something that’s a lost art and … a lost part of our culture being currently revived.

In the audio story, the song "Neypuy Rek’woy" is sung by James Gensaw Sr.