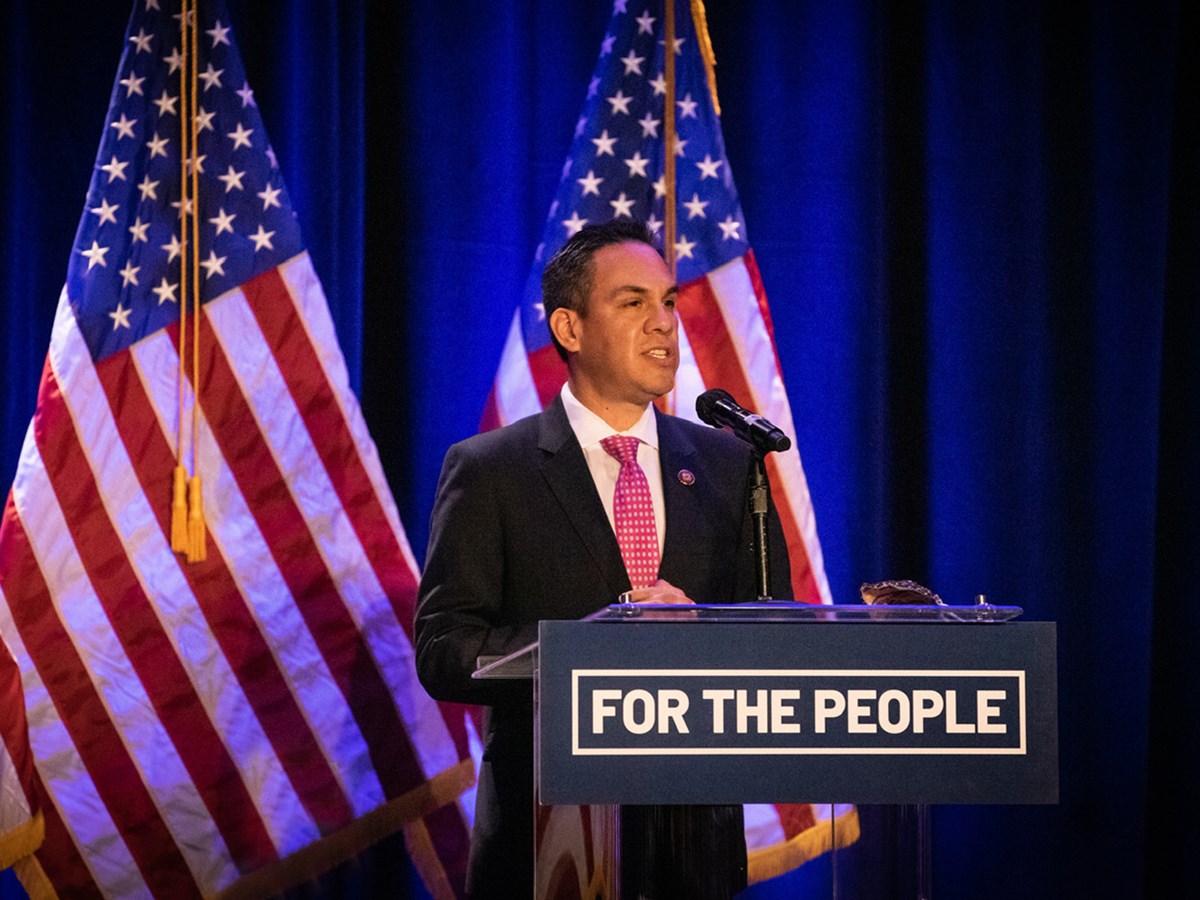 The January 6 Committee could be winding down its work in the nation’s capital, which means the nine member, bipartisan group will be making sense of the testimony and evidence, and determining next steps.

Democratic Representative Pete Aguilar is vice-chairperson of the House Democratic Caucus and is one of three Californians serving on the January 6 Committee, along with Reps. Zoe Lofgren and Adam Schiff. The San Bernardino Congress member spoke to the Sacramento Press Club on Thursday, discussing everything from the prospect of Vice President Mike Pence’s testimony and the FBI’s raid of Mar-a-Lago to Rep. Liz Cheney and the future of democracy in America.

Here are excerpts from his interview, which was moderated by The Sacramento Bee’s Jack Ohman and the Los Angeles Times’ Arit John and was part of the Press Club’s lunchtime conversation series (click the “play” button above to hear the full conversation).

This is not your parents’ and grandparents’ Republican Party. And this is [not] what the California Republican Party, you know, would reflect. And oftentimes I give some of our state leaders credit because even at the statehouse in Sacramento, right? They know there's a supermajority of Democrats. They tend to be more collaborative. They also tend to reflect their districts that — even though the red districts — are a little more purple than in bright red. That's the way it should be.

But unfortunately, for so many of our colleagues, they have found electoral success by running to the fringes and running to Breitbart and One America News and all these other kinds of fringe entities pushing conspiracy theories. That's how they have found they win Republican primaries. And that's unfortunate, but that's the reality. So, you know, in my view, I hope andfeel we can retain the majority. But, you know, either way, the Republican Party and the elected group of Republican officeholders in Congress is going to be a more extreme, more right and more out of step with where the American public truly is.

I had an opportunity on a Zoom this morning to share with Liz that I admired her and care about her deeply and appreciate what she's done here to her own detriment. On the political side, I think what she said is absolutely spot-on. She could have won re-election. She would have had to say something she didn't believe. Many of my Republican colleagues are comfortable doing that. She is not.

She is the most prepared, engaged, and committed colleague to the Constitution that we have, no disrespect to Constitutional scholar Jamie Raskin and my friends Bennie Thompson and Adam Schiff. But I mean it. She is so focused and committed to protecting democracy. She's willing to do whatever it takes.

And so, you know, I think the committee is a reflection of that viewpoint. … The Congress needs to be populated by people who can disagree on issues but agree on the same ideals and principles of protecting democracy and that the republic is worth fighting for.

And let's talk about the size of government. Let's talk about the types of programs we fund. But, you know, at its core, we shouldn't have to debate whether the republic is worth saving. And so that's an important point. And I appreciate the commitment that Liz has made, and she's not done yet. We don't know what the future holds for her. But I can tell you, we're committed to run through the tape on the work that we're doing with the committee. And I think that's going to be a reflection of her commitment and ours to protect democracy.

On how the January 6 Committee might continue its work

I think that we can anticipate a few more hearings specifically on, you know, the time period after January 6, what was going on in the Trump White House between the period of January 6 and January 20 to the inauguration of Joe Biden. We think that that's important.

We think that a conversation related to the 25th Amendment and the conversations that the cabinet secretaries and other members of his staff were having are informative to talk about the state of play in the president's state of mind at the time.

We also think that there are some pieces that can be shared with the public, and we may put some things out in the month of August that didn't quite make it [to] hearing, and we don't have planned for future hearings, but might be helpful information within the public realm and public domain. So our work isn't complete. Our work isn't done. There's more to tell.

And obviously, the former president continues to be in the news, not for good reasons, but our job — our responsibility, our charge — is to tell the full and complete story about January 6 and what led up to January 6. And we plan to do that and to finish through the tape in the time that we have.

Editor’s note: CapRadio’s Nick Miller is vice president of The Sacramento Press Club, a nonprofit whose mission is to provide financial scholarships to student and aspiring journalists.