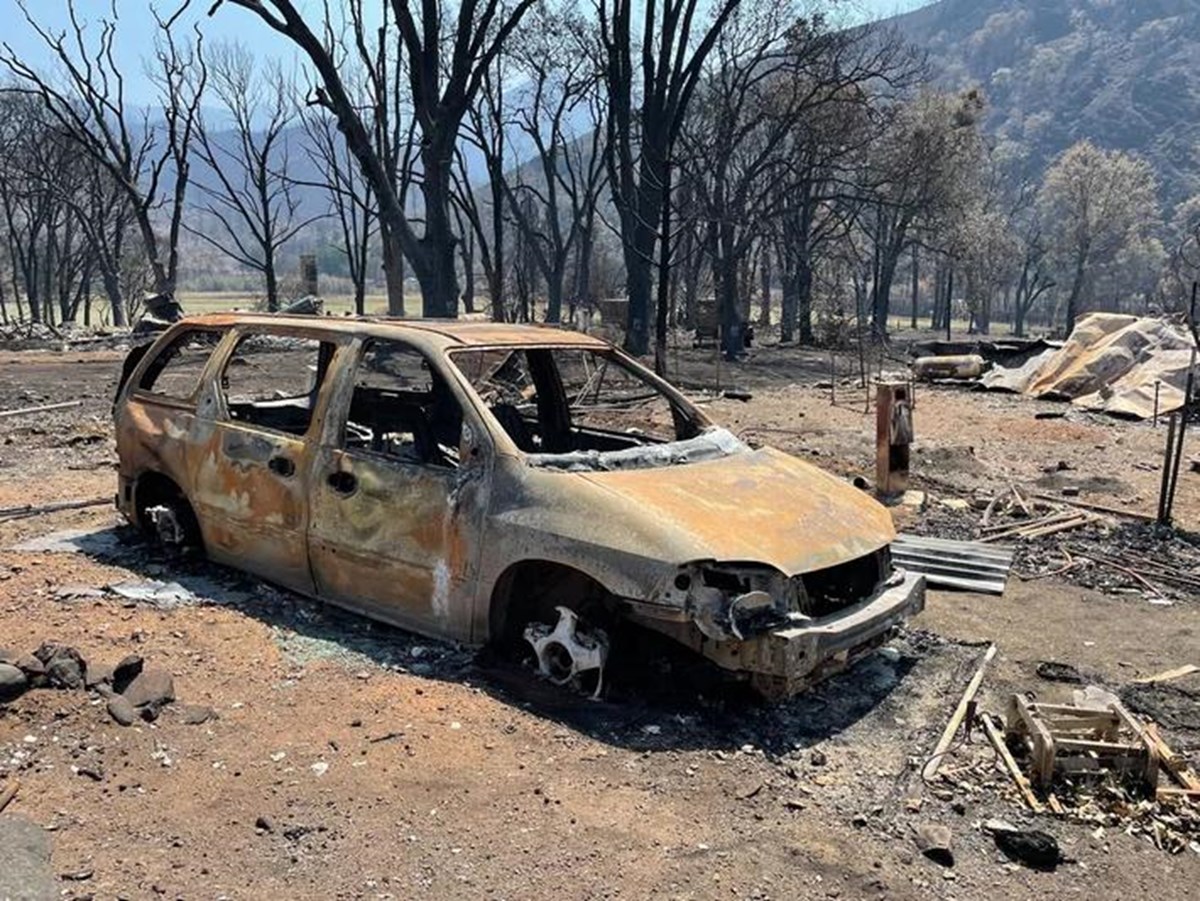 In remote northern California, only a few miles from the Oregon border as the crow flies, a troubling but all too familiar scene is unfolding.

Another deadly wildfire has upended the lives of people who lived here because they liked the woods and seclusion, but also because they had few other options: It's one of a few places left on the West Coast that's still affordable.

From devastating flooding in Kentucky to wildfires in the West, extreme weather events made worse by climate change are hitting some of the poorest parts of America hard.

Experts say many of the hardest-hit victims of natural disasters tend to be people who were already living on the economic margins, and often in high-risk places. Recovering from them this summer will be extra difficult at a time of high prices due to record inflation.

In California, the McKinney Fire chewed through dense, dry forests and into remote, rural communities that are now often dubbed as "high risk" by insurance providers.

Schwander, who had only just moved down the Klamath River Canyon a month ago to live by her son, lost everything in the fire. For now, she's living in a shelter for wildfire survivors in nearby Yreka, Calif. Shaken and standing next to her minivan, she's clutching a small purse stuffed with a few hundred dollars in savings from breeding puppies a couple years ago.

"I knew this was good for something, it's not leaving my side," Schwander says. "Not a lot, but enough to get me through a couple months."

She's worried about how she'll even begin to recover. Her daughter, a school teacher in Santa Barbara, has been searching frantically to find some place Schwander could move to temporarily. 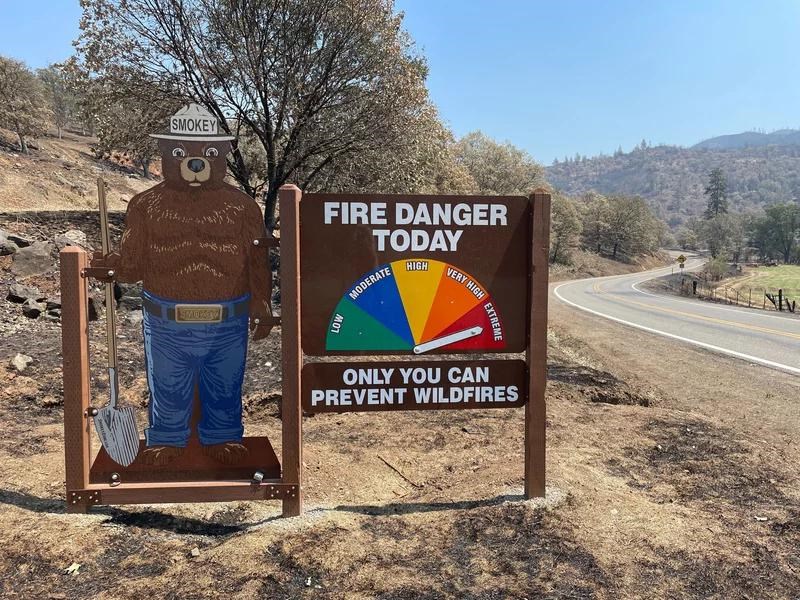 Northern California has been home to some of the deadliest wildfires in the country lately.Kirk Siegler/NPR

Everything from housing to gas to even just basic toiletries is so expensive. According to the U.S. Bureau of Labor Statistics, prices for most household items in the western United States have risen close to 10 percent since last year. People were already scraping by in Siskiyou County before the McKinney Fire. Close to one in four people here live below the federal poverty line. Rising homelessness was already a concern in the region before this fire.

"I went to Walmart to replenish my cosmetics and it was ridiculous," Schwander says. "So I [just] bought a few things."

The "little guy is getting squeezed"

About 25 miles to the northwest of the shelter in Yreka, Calif., a firefighting chopper is scooping a bucket into the muddy, fire-debris-strewn Klamath River then dropping water on nearby hot spots. The McKinney Fire, which killed four people and is believed to have destroyed at least 100 homes and a cherished community center, is mostly contained, though it won't be out until the expected fall rains arrive. 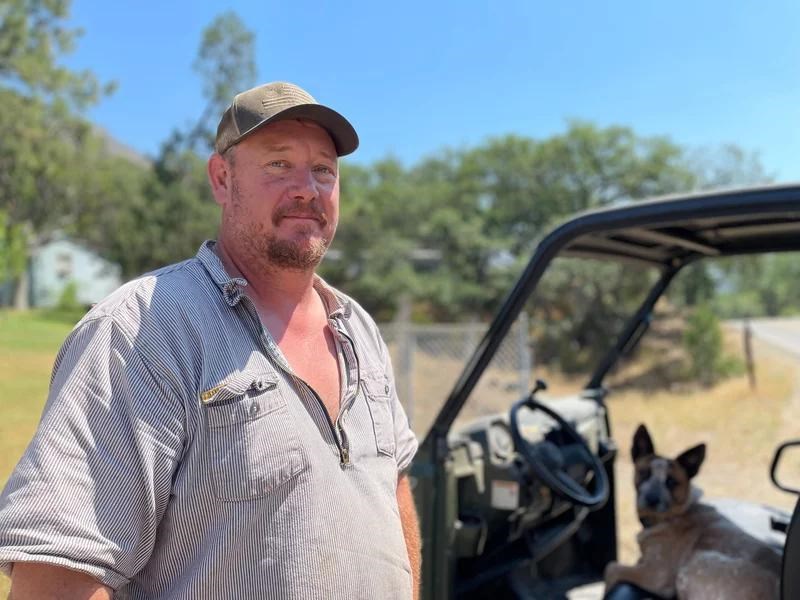 Jason Fischer's family has lived in Klamath River area for six generations. He's not sure how his community can afford a costly rebuilding.Kirk Siegler/NPR

One recent afternoon, Jason Fischer was running sprinklers and generators to try to save his cattle on the family's sixth-generation farm, as well as a nearby RV park where several local families live. He defied evacuation orders and stayed behind to help firefighters with structure protection. It paid off, but many of his neighbors weren't so lucky.

"They're underinsured," Fischer says. "The insurance companies might pay for what they think your house was worth, but they don't take into account it's going to cost $50,000 to clean up your spot to rebuild."

Fischer says it feels like the little guy is getting especially squeezed around here. Mostly the only jobs tend to be with the local sheriff or U.S. Forest Service, he says. Many of the area's timber mills have closed.

"I don't know how we recover from this as a community," Fischer says. "It's going to be really difficult because the price of lumber, the price of fuel, everything is just exponentially more expensive now."

Gas prices have dipped some in California, but in the rural "North State" as it's often called, they're still averaging around $5 a gallon. Prices for building materials including lumber are up by about 35% since January 2020.

For some it's nearly impossible to rebuild

This corner of the West has already suffered the most destructive — and deadly — wildfires in the country in recent years. A short drive from the Klamath River Canyon is Ashland, Ore., where some of the scenic mountain town's more affordable bedroom communities were wiped out in the 2020 Alameda Fire. Along Interstate 5 in Talent, Ore., people are still living in RVs in the footprint of the deadly blaze that leveled trailer parks and homes. 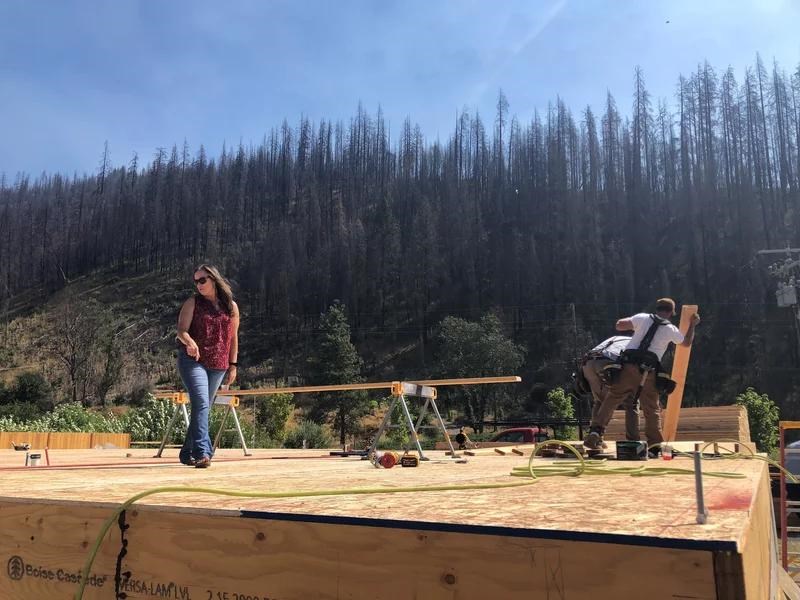 Erin Hillman supervises the reconstruction of her home, which burned to the ground in a 2020 wildfire. Rebuilding has been slow due to labor and supply shortages, plus another fire in the area.Liz Baker/NPR

Even before the disasters, it was hard to get a contractor or enough labor in rural America. Erin Hillman lost her home in the 2020 Slater Fire, a complex of fires that burned more than 157,000 acres not far from where this summer's McKinney Fire ignited.

Standing at her home construction site in a narrow river valley surrounded by steep hills covered in burned trees, Hillman points out the handful of flat, empty lots that used to be home to neighbors.

"Gentleman that lived back there, he's not coming back. The young couple and their children back here, I think they're trying to get their house built," she says.

Hillman is just now rebuilding, after a struggle to find contractors and materials.

The McKinney Fire sparked just as the new foundation was finally being poured, and Hillman briefly panicked that she'd once again lose everything. But Hillman, who is a descendent of the Karuk tribe, doesn't want to leave her ancestral lands.

"For Karuk people that live here, this is their home. They grew up here. This is where we're from, and they don't want to leave," she explains.

She had insurance, and considers herself lucky that she can afford to stay and rebuild. Still, the cost of putting up a new structure has increased so much that Hillman won't have enough insurance money left over to replace some of the items that burned with the house, like her husband's power tools and their furniture.

The new house was supposed to be ready by winter, Hillman says. But with yet another fire creating even higher demand for building materials in the area, she's not sure they'll be home for Christmas.