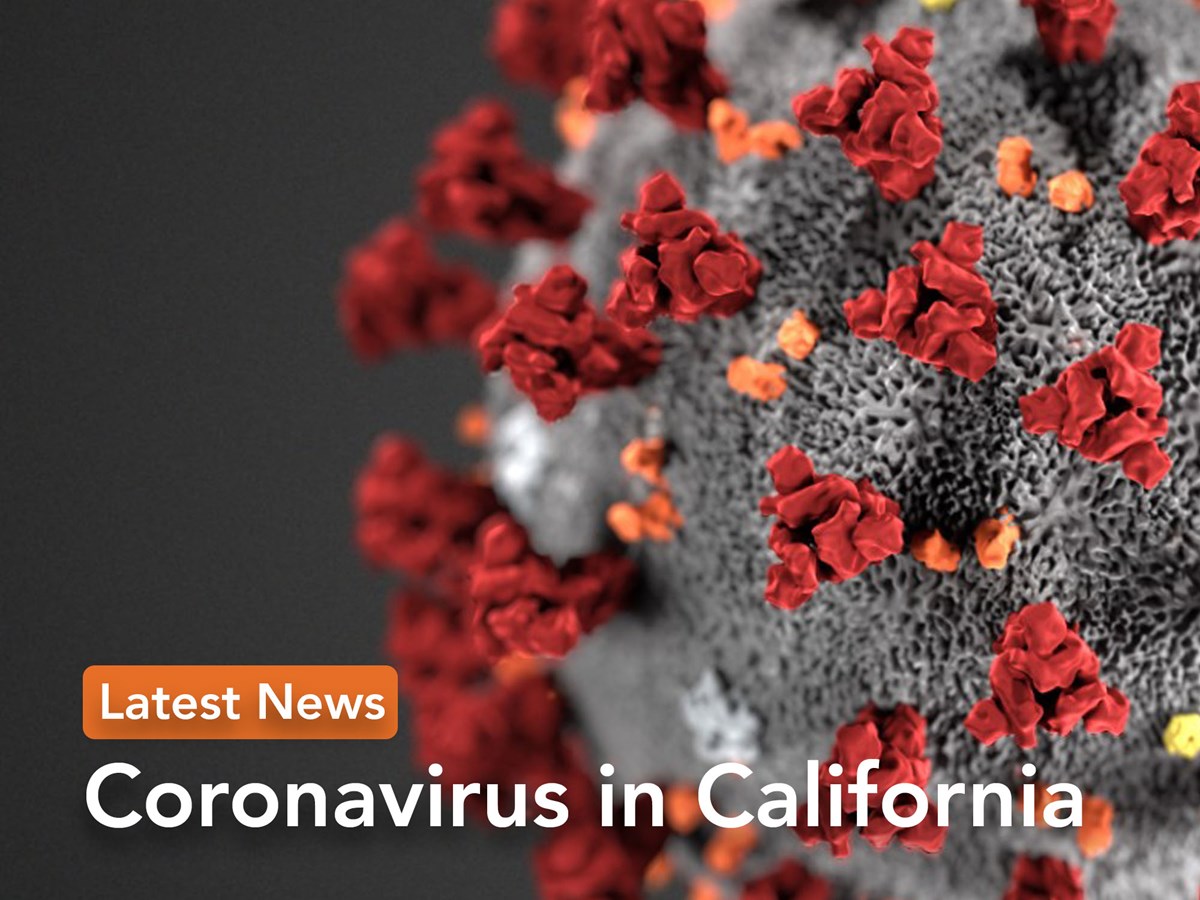 Find an updated count of COVID-19 cases in California and by county on our tracker here.

80,000 tourists stranded at a beach resort town in China due to COVID-19 outbreak

COVID-19 By The Numbers

Sacramento County declared monkeypox a local public health emergency Tuesday afternoon, allowing the county to access funding and be more proactive in its response to the outbreak

The county’s board of supervisors voted 4-1 in favor of the declaration, with District 4 supervisor Sue Frost the “no” vote. The emergency declaration allows.

“The proclamation of the state of local emergency, and local public health emergency does not signify an increase in risk to the residents,” said the county’s public health officer, Dr. Olivia Kasirye, at the meeting.

Along with a vaccine, there is a treatment for monkeypox — a two-week series of pills known as TPOXX. But it is currently only being offered at UC Davis Medical Center and Kaiser.

Click here for more information about monkeypox signs and symptoms and where you can get a vaccine in Sacramento County.

After the disruption of online learning, first-year college students are arriving on campuses unprepared for the demands of college-level work, experts say.

The Associated Press reports that colleges from New Jersey to California have expanded summer bridge programs aiming to get students up to speed in math and English before they arrive this fall.

Experts say it’s clear that for some, remote instruction caused learning setbacks, most sharply among Black and Hispanic students.

The stakes are high — research shows that students who start college a step behind are less likely to graduate.

Some 80,000 tourists are stranded in the southern Chinese Beach resort of Sanya after authorities declared it a COVID-19 hot spot and imposed a lockdown.

According to the Associated Press, the restrictions came into force on Saturday morning as authorities sought to stem the spread of COVID-19 in the city on tropical Hainan Island.

There were 229 confirmed cases on Friday and an additional 129 on Saturday.

Railway authorities banned all ticket sales and all flights were also canceled. Tourists wanting to depart Sanya have to test negative for the coronavirus on five PCR tests over seven days.

China sticks steadfastly to a “zero-COVID” approach. A recent outbreak in Shanghai spread so widely that authorities locked down the entire city for two months, trapping millions of people.

Pfizer is buying sickle cell drug maker Global Blood Therapeutics in an approximately $5.4 billion deal as it looks to accelerate growth after its revenue soared during the pandemic, according to the Associated Press.

Pfizer said that its latest acquisition will boost its work in rare hematology.

Global Therapeutics produces Oxybryta tablets for treating sickle cell disease. The pharma giant Pfizer has been flush with cash since its COVID-19 vaccine, Comirnaty, and treatment, Paxlovid, have hit the market.

It has now announced deals valued at a total of nearly $19 billion, counting debt, since late last year.

12:07 p.m.: Texas man sentenced to 25 years in prison for attacking an Asian family over COVID-19

Federal prosecutors say a Texas man has been sentenced to 25 years in prison for attacking an Asian family because he thought they were Chinese and therefore responsible for the COVID-19 pandemic.

Gomez admitted that he used a knife to slash the man and his 6-and 2-year-old sons inside a Sam’s Club in Midland because he believed they were Chinese and spreading the coronavirus.

The man Gomez attacked is from Myanmar.

The March 2020 attack occurred as Asians faced verbal harassment and physical assaults across the U.S. after the virus began to spread nationwide.

Spain is struggling to curtail Europe’s leading monkeypox outbreak since the disease spread beyond the continent of Africa.

According to the Associated Press, the southern European nation counts 4,942 cases and two men have died from the disease.

Authorities and groups in the LGBTQ community are honing their campaigns to get vaccines to the neediest members of the demographic so far.

In the U.S. and Europe, the vast majority of monkeypox infections have happened in men who have sex with men.

However, health experts warn that if cases continue to rise, they will inevitably spread to other groups, similar to HIV/AIDS.

Given the dearth of vaccines, the focus is now on getting out the message that reducing sexual partners is critical.

1:27 p.m.: How many animal species have been infected with COVID-19? Scientists are still trying to find out.

Minks, hamsters, cats and dogs have all been recorded developing COVID-19, which leads to the question — how many species have been affected? How many cases have been there in the animal kingdom?

NPR reports that those are difficult questions to answer — just as it’s hard to come up with an accurate total for human cases since many people don’t report a positive test to health authorities.

Researchers say it’s an essential task because of the possibility that the virus could mutate into a more transmissible or virulent strain in animals that then passes back to humans.

New York state health officials have issued a more urgent call for unvaccinated children and adults to get inoculated against polio, citing new evidence of possible “community spread” of the virus.

According to the Associated Press, health officials said that the polio virus has now been found in seven different wastewater samples in two adjacent counties north of New York City.

So far, only one person has tested positive for polio — an unvaccinated adult in Rockland County who suffered paralysis.

But based on earlier polio outbreaks, Health Commissioner Mary Bassett said there may be hundreds of other people who have been infected but have no symptoms yet.

The U.S. has declared monkeypox as public health emergency after it infected over 6,600 Americans, as reported by NPR.

A public health emergency can trigger grant funding and open up more resources for various aspects of a federal response.

It also allows the Health and Human Services Secretary Xavier Becerra, to enter into contracts for treatments and other necessary medical supplies and equipment and more.

Public health emergencies last for 90 days but can be extended by the Secretary.

A Las Vegas-based corporate owner of thousands of residential rental properties in several U.S. states is investigating whether it improperly evicted tenants during the coronavirus pandemic while receiving millions of federal dollars to keep people in their homes.

Siegel Group says it wasn't called or interviewed by the U.S. House committee that produced the report. The company says it operates lawfully.

Hundreds of tourism projects nationwide are collectively getting about $2.4 billion in federal coronavirus relief funding, as reported by the Associated Press.

The money has aided everything from a gas station expansion in California to new sports facilities in Georgia and culturally diverse music in Nashville, Tennessee. Portland, Oregon, has categorized the purchase of 200 graffiti-resistant trash cans as a tourism project.

All the money comes from the American Rescue Plan, signed by President Joe Biden last year.

The flexible aid program for governments lists tourism as one of its eligible purposes, along such things as health care and housing.

According to the Associated Press, under rules recently announced, face masks and presenting proof of a negative coronavirus test will be mandatory from October until early April at hospitals, nursing homes and other locations with vulnerable people.

Passengers on airplanes and making long-distance trips by train and bus also will have to wear masks during that period, as they do now.

However, Germany's 16 states have the authority to adopt their own rules. State governments could decide to require masks and adopt regular testing at schools.

2:46 p.m.: Newsom declares California in state of emergency over monkeypox

Gov. Gavin Newsom has declared a state of emergency to speed efforts to combat the monkeypox outbreak.

It makes California the second state in three days to take the step — nearly 800 cases have been reported in the state, according to the Associated Press.

Gov. Newsom said his Monday declaration will help California coordinate a government-wide response. He says the state will continue to work with the federal government to secure more vaccines, raise awareness about reducing risk and stand with the LGBTQ community in fighting stigmatization.

The move came after a similar declaration in New York state on Saturday and in San Francisco on Thursday.

President Joe Biden’s “loose cough” has returned as he faces a rebound case of COVID-19, his doctor said, though he “continues to feel well.”

According to the Associated Press, White House physician Kevin O’Connor provided an update on the president’s condition as he continues to test positive for the virus.

Still, Biden is required to remain in isolation through at least Thursday under Centers for Disease Control and Prevention guidelines — and perhaps longer under tougher White House protocols if he continues to test positive.

Public health officials warn that moves by rich countries to buy large quantities of monkeypox vaccine could leave millions of people in African nations unprotected against a more dangerous version of the disease.

As reported by the Associated Press, scientists say that, unlike campaigns to stop COVID-19, mass vaccinations won't be necessary to curb monkeypox outbreaks. Targeted vaccinations and other measures could be enough to shut down the multiple outbreaks.

Monkeypox is much harder to spread than coronavirus, but experts warn that the need for vaccines could intensify if the disease spills over into the general population.

Brazil and Spain have just reported monkeypox deaths, the first in their nations.

President Joe Biden has tested positive for COVID-19 for the second straight day, in what appears to be a rare case of “rebound” following treatment with an anti-viral drug.

According to the Associated Press, White House Physician Dr. Kevin O’Connor said in a letter that the president “continues to feel well” and will keep on working from the executive residence.

After Biden tested positive on Sunday, he canceled upcoming plans to travel and hold in-person events. He’s isolating for at least five days per the Centers for Disease Control and Prevention guidelines.

The 79-year-old Biden first tested positive on July 21. He was treated with the anti-viral drug Paxlovid, and he had ended his isolation on Wednesday.

A man accused of selling a toxic industrial bleach as a coronavirus cure through his Florida-based church has been returned to the United States after being arrested in Colombia.

According to the Associated Press, records show 64-year-old Mark Grenon made his initial court appearance Thursday in Miami federal court.

Grenon and his three adult sons were indicted last year on one count each of conspiracy to commit fraud and two counts each of criminal contempt. He is the archbishop of the Genesis II Church of Health and Healing in Bradenton, Florida.

Officials say the church sold chlorine dioxide and claimed the toxic solution can cure a vast variety of illnesses.