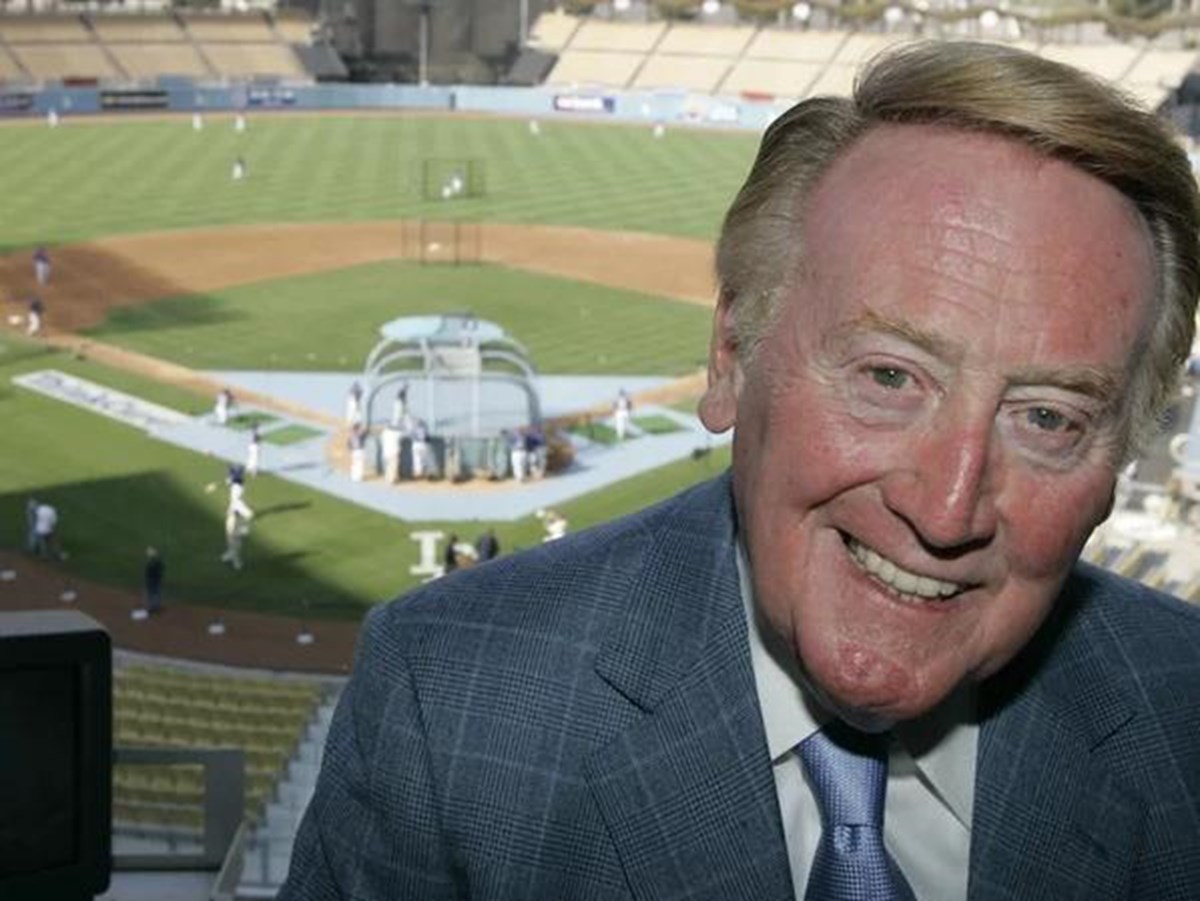 For a half-century, Vin Scully was the broadcast voice of the Dodgers (first in Brooklyn and then Los Angeles). His style and delivery were one of a kind.

LOS ANGELES — If there's one name synonymous with the Dodgers, it's not a player, manager or any team official. It's Vin Scully.

For more than a half-century, there wasn't a Dodgers game that didn't begin this way for fans at home or the stadium: "It's Time For Dodger Baseball!"

Vin Scully began announcing games on the radio and then on television when the Dodgers still played in Brooklyn. He spent more time with one team than any other announcer in sports history, before he retired after the 2016 season.

Vin Scully's death was announced by the Dodgers in a tweet. He was 94.

It wasn't just longevity that made Scully great. It wasn't his baseball knowledge—which was prodigious. It was his distinctive voice...poetic and philosophical asides, and his talent for making a personal connection with listeners.

It was there from the start. One memorable time in 1957, catcher Joe Pignatano was coming up for his first at-bat as a Brooklyn Dodger. During the broadcast, Scully wanted to make sure the player's family wouldn't miss out. "Say, I tell you what. You might know the Pignatanos. If you do, maybe his wife's taking care of the baby [and] and not listening to the game. Give her a call. Looks like Joe's gonna break into the Major Leagues tonight."

Veteran broadcaster Larry King remembered Vin Scully from his time both in Brooklyn and L.A. "There's a comfort zone. You feel home," King said, recalling a game one year when the Dodgers were out of contention. He said the sound of Scully's voice was mesmerizing. "A meaningless game. I'm driving from L.A. to San Diego. I turn on the game and I can't turn it off." 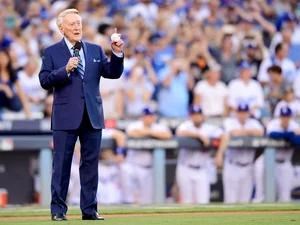 Scully was as much a part of the team as the players on the field. You could hear Scully's voice emanating from radios people brought to Dodger Stadium. Some fans, like Cary Gepner, preferred his radio play-by-play to a TV broadcast without him. "You can listen to Vin Scully call a baseball game and you don't need to watch the game because he paints a better picture than the television could ever paint. I love him."

Vin Scully had baseball statistics ready. But he didn't rely on them. He once said, "Statistics are used much like a drunk uses a lamp post: for support, not illumination." It was the stories he told. They came from baseball, from Shakespeare, from anything he was curious about. Here's an example from an interview with member station KPCC: "We were playing on Friday the 13th and I thought, 'I wonder why the background of Friday the 13th, why it's such a big deal?' So I looked it up and it goes back to the 1800 so and so's"

So, in between pitches, fans learned something new. When there was a big moment on the field, he conveyed the excitement. And there were plenty of big moments in his career. 1965—a perfect game about to be pitched by Sandy Koufax:

"One strike away. Sandy goes into his windup. Here's the pitch. Swung on and missed. A perfect game!" 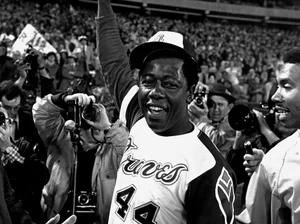 For years, he also did network TV sports for CBS and NBC. He had the famous call of the 1986 Red Sox-Mets World Series game in which Bill Buckner let a ground ball through his legs at first base.

"Little roller up along first, behind the bag. It gets through Buckner. Here comes and the Mets win it!"

Vincent Edward Scully was born in 1927 in the Bronx. He grew up a Giants fan. But after graduating from Fordham University, he was recruited by the legendary broadcaster Red Barber.

Scully moved to the West Coast with the Dodgers in 1958. Later in his career, he cut back on travel. A devout Roman Catholic, as he got older he'd ask God whether to come back for another year. God may have said yes, but Scully was glad to do it. "I'm so happy to be here. I know it sounds goofy and I'm probably a little goofy. But I'm honestly happy and deeply thankful."

Finally, he decided age had caught up with him. After 67 seasons, 2016 was his last. Before the final home stand, the team held a moving ceremony at Dodger Stadium. At the end, Scully got up and spoke. He told the crowd that they kept him going every time they roared. And, with his under-rated humor he answered the question "What are you gonna do now?" His reply was classic Scully:

"Well, you know, if you're 65 and you retire you might have 20 years of life left and you better have some plans. When you're 89 and they ask you what you are--I'm gonna try to live..."

Vin Scully once said a player had an injury which made him "day-to-day." Then he paused and added, "aren't we all?" 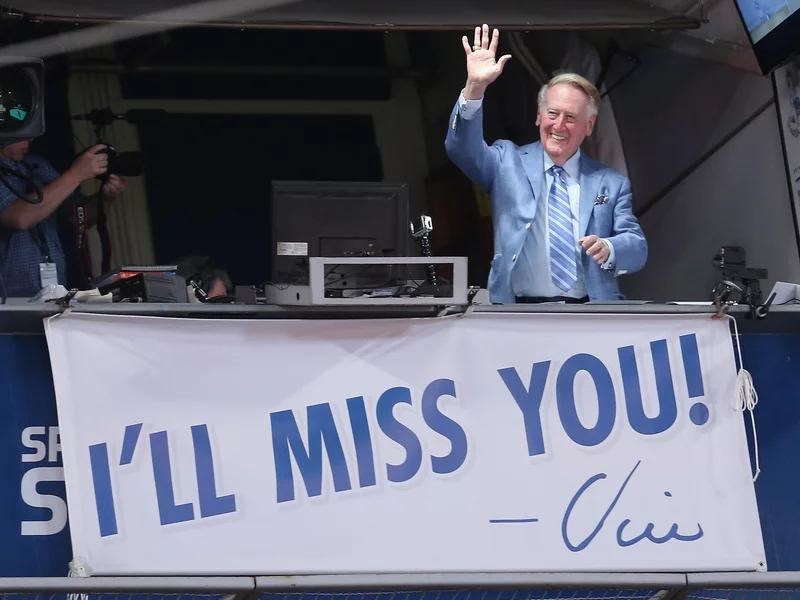 Los Angeles Dodgers broadcaster Vin Scully waves to the crowd after leading in the singing of Take Me Out to the Ball Game against the Colorado Rockies in 2016, his final season.Stephen Dunn/Getty Images
Follow us for more stories like this