Cannabis tax will go to Sacramento County voters after all. What changed? 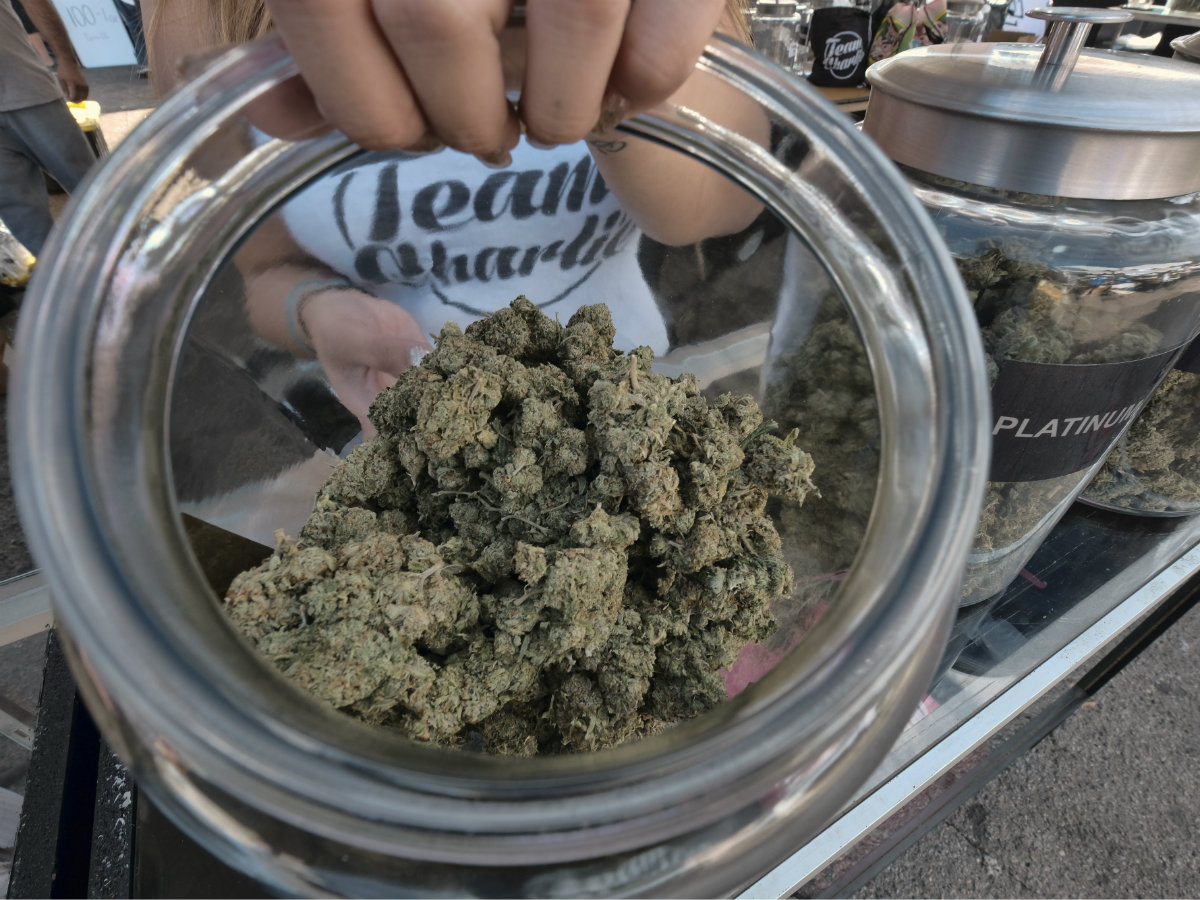 A vendor shows one of an assortment of marijuana strains during the High Times Harvest Cup in San Bernardino, Calif.

UPDATE: Sacramento County voters will see a cannabis tax measure on the November ballot after all, because officials on Tuesday approved a different proposal.

The cannabis and hemp business tax measure will require a two-thirds vote to pass. If approved, the county could develop rules for allowing cannabis dispensaries in unincorporated areas.

Supervisors Sue Frost and Don Nottoli voted against putting the special tax measure on the ballot, just as they opposed the proposal earlier this month. But the board only needed to cast a 3-2 vote for this version because it is a special, not a general tax.

The last proposal required at least a 4-1 vote and would have sent revenues to the general fund. The measure slated for the November election designates cannabis tax revenues for homeless services, including in the American River Parkway.

(The original article published on Wednesday, July 13, 2022 follows below.)

The Board of Supervisors failed to pass a proposal to put a cannabis and hemp business tax measure on the November ballot.

Putting the issue to voters required support from at least four votes, but Supervisors Don Nottoli and Sue Frost rejected the proposal. If voters had approved the measure, staff said officials would have considered regulations for cannabis sales in unincorporated areas of Sacramento County.

The cities of Sacramento and Isleton permit cannabis dispensaries, but the county has not since recreational marijuana sales in California became legal in 2018.

Residents in the near future likely will not see cannabis dispensaries in unincorporated Sacramento County. The board technically has until Aug. 1 to approve the current proposal for the November election, but Nottoli and Frost gave no indication of reconsidering their votes.

Frost expressed concerns over how all county residents would vote on the measure, despite how the tax would have only applied to cannabis businesses in unincorporated areas. Unincorporated areas make up about a third of the county’s 1.5 million residents.

Consultants estimated the tax measure could generate between $5.8 to $8.8 million annually for the general fund. The general tax could have become effective Jan. 1, 2023 and continued until voters repealed it.

Supervisors Phil Serna, Patrick Kennedy and Rich Desmond supported putting the proposal before voters. They argued taking the step could help the county curtail the illegal market, compete with the city of Sacramento for cannabis tax revenue and boost the county budget.

But Nottoli said they did not convince him to support the measure.

“It’s not always about the dollars,” Nottoli said.

The county has been looking into cannabis policy since July 2021. Supervisors asked for a cannabis business tax ballot measure and ordinance two months ago after a consultant presented financial data.

County officials on Tuesday did not debate how to spend the proposed cannabis tax, but multiple people gave public comments requesting revenues go toward youth services.

Some commenters pointed to the city of Sacramento’s pending proposal to designate cannabis taxes for youth and violence prevention services as a model.