Sacramento approves 24/7 homeless respite center. But some residents opposed it. 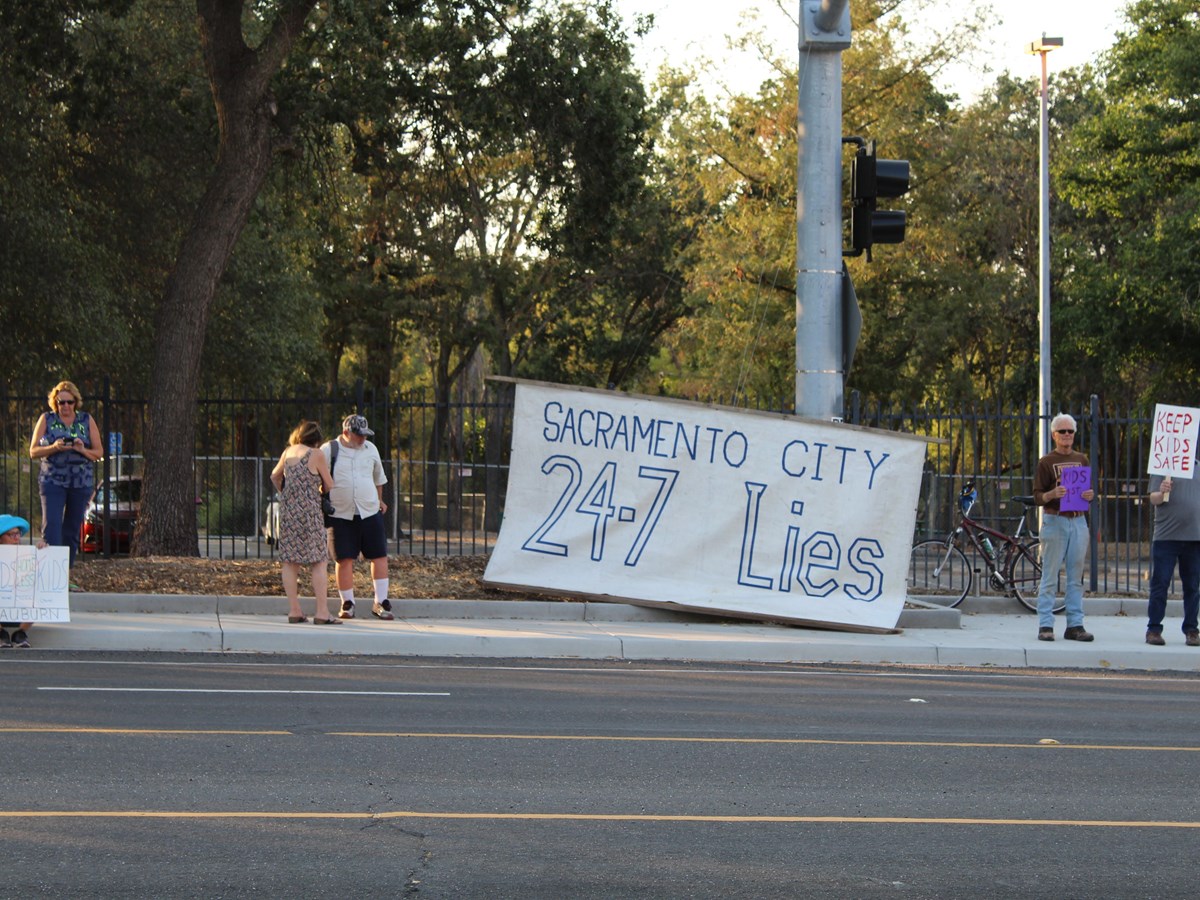 Protesters rally outside a city respite center in northeast Sacramento on Monday, July 25, 2022. The City Council on Tuesday voted to open the homeless services center 24/7.

A homeless services center in northeast Sacramento will open 24/7 after the City Council unanimously approved plans on Tuesday.

People will only be able to enter the building, formerly the Science & Space Center Museum near Arden-Arcade, with referrals from the city’s Department of Community Response.

But residents living in unincorporated Sacramento County around the center said the project will draw unhoused people to their neighborhood. The center plans to help up to 50 people at a time with services such as case management, financial resources and behavioral health.

More than 50 people rallied against Mayor Darrell Steinberg’s renewed proposal a day before the vote. Speakers raised concerns over the center’s proximity to schools, Del Paso Regional Park and the Children’s Receiving Home, a nonprofit serving foster youth that is next door.

The Home took a neutral position on the proposal, unlike its opposition to the city’s previous attempt. It agreed to safety measures and CEO Glynis Butler-Stone said the city temporarily opening the respite center during heat waves has not caused issues.

“We’ll continue monitoring and assessing any impacts to our campus and kids, as well as advocating for safety protocols and assessments to address operations of the center going forward,” Butler-Stone said in a statement

The council in March directed the center to open only during extreme weather, which scaled back plans to offer 24/7 respite services year-round. Hope Cooperative runs the city-owned building under a $3.3 million contract the council approved in January.

Planned safety measures include 24/7 on-site security, a fence around the perimeter and screening referred clients. The center will not allow registered sex offenders or drug possession on site, according to a staff report.

Juliette Porro was among the residents who opposed the project, despite the measures.

“I am very concerned about the impacts that this is going to have on our community, including the safety risks that transient individuals with addiction, mental illness and possibly a criminal history, would pose to kids,” she said. 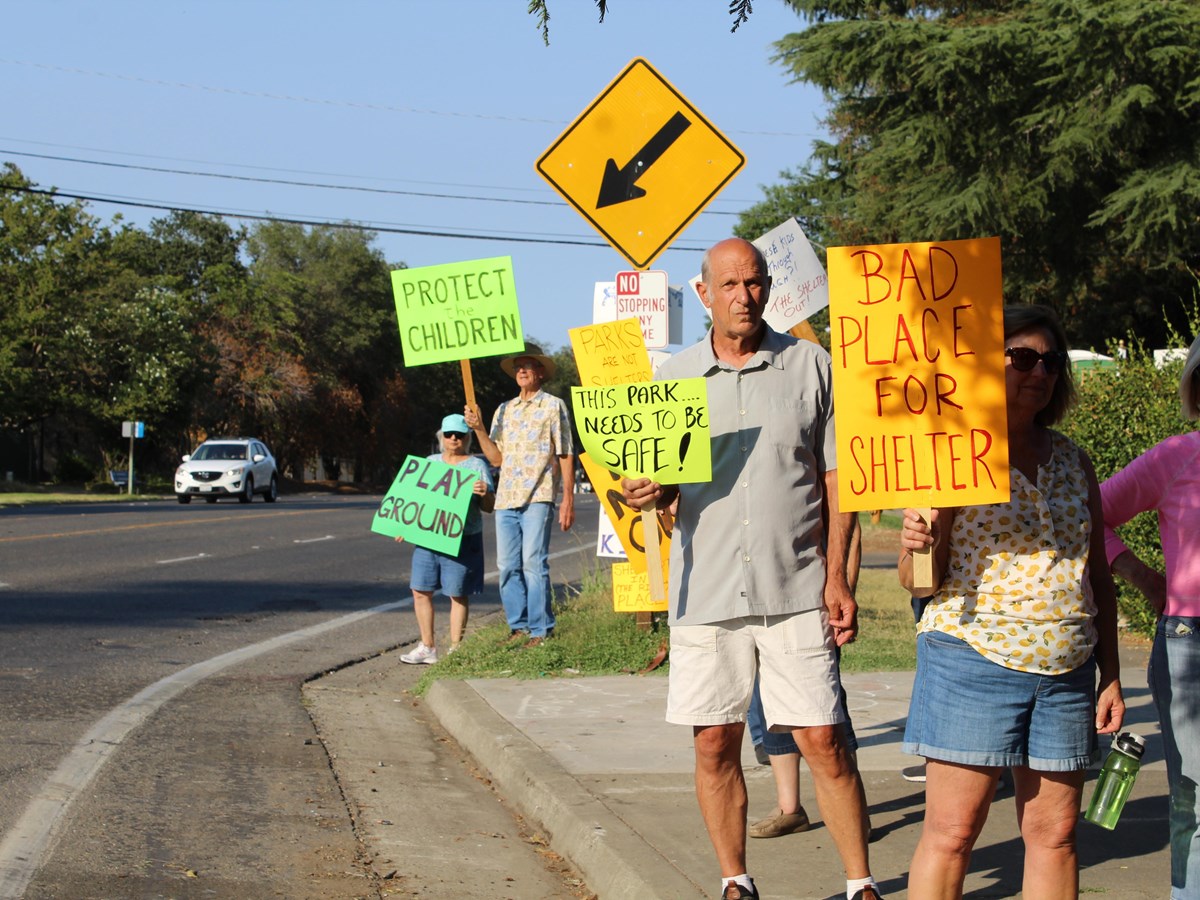 If people are camping across the street from the center, staff can send an outreach team to talk with them, said Erin Johansen, CEO of the Hope Cooperative. People can only stay at the respite center for up to 23 hours at a time, Johansen added.

Besides the Receiving Home changing its stance, Steinberg cited the 2022 Homeless Point-In-Time Count as a reason to move forward with the initial plan. The report showed Sacramento’s homeless population rose 67% since 2019 to about 9,300 people.

“We cannot allow a city asset to lay fallow when we have thousands of unsheltered people on our streets and our business communities and our neighborhoods are rightfully pleading with us to get more people out of those encampments,” Steinberg said.

Sacramento County Supervisor Rich Desmond, whose district includes Arden-Arcade, also opposed the 24/7 respite center plans. He criticized the city’s communication of the plan to the county in remarks at the Monday rally.

Desmond also said unincorporated county residents will be most affected by the center, despite having no representation on the Sacramento City Council. The center is located near the city limits.

“The unincorporated community doesn’t have a voice and we historically have not had a voice,” Desmond said. “This just rubs salt into those wounds.”

Council Member Sean Loloee, who previously blocked the 24/7 respite center, also raised concerns over how the project could affect county partnerships. The county is considering a homeless services site in the northern unincorporated area, Loloee said.

Bridgette Dean, director of the Department of Community Response, said the city has discussed respite center plans with the county for months.

“If there is a county location that will eventually open, we can work all those issues out now,” Dean said. “So if and when that location opens, we’re able to really start using that as our catalyst to continue solid, collaborative partnership.”

Hope Cooperative can open the 24/7 respite center in about 30 days, city staff said.