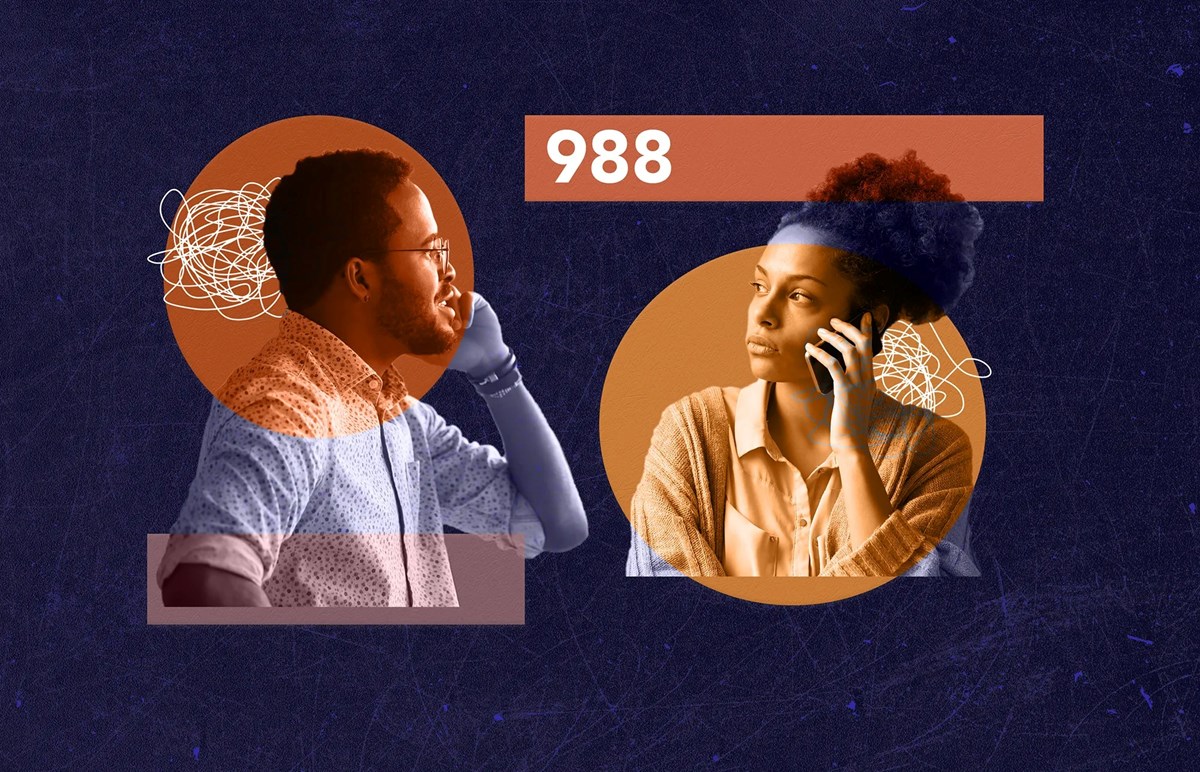 The new federal number — debuting in California and across the country this weekend — is billed as an alternative to 911 for people experiencing mental health emergencies. Here, advocates say the shortcut will make it simpler for people in crisis to tap into the state’s network of 13 National Suicide Prevention Lifeline call centers.

The plan has been in the works for nearly two years.

In October 2020, then President Donald Trump signed a bipartisan bill to establish 988 as a national number. That law also gave states the option to fund call centers and mental health crisis services by attaching new fees to phone lines. So far, only four states have succeeded in doing so; California may soon be poised to be the fifth.

With the added funds from those fees, along with county, state and federal investments, the architects of 988 eventually envision it leading to an expansive, national overhaul of the mental health delivery system — one in which callers tap into a crisis response system that keeps police out of the equation.

At this point, that bigger system, first promoted by the federal government, is mostly still just a vision. But mental health leaders in California say they hope a blueprint for the project, including a means to fund it, will begin to crystallize in the coming year.

Others caution that full-scale implementation in the state’s 58 counties may prove difficult in the long run, given that the state parcels out mental health funding and services at the county level.

Compared with many other states, California appears to be in relatively good shape to receive an influx of new callers as news of 988 spreads, according to some mental health leaders.

“It’s important, it’s needed, it’s going to happen,” said Le Ondra Clark Harvey, CEO of the California Council of Community Behavioral Health Agencies, which includes four of the state’s 13 call centers.  “When that proverbial switch is flipped, our centers are ready to go to work.”

Call centers in California say they are anticipating an influx of calls, and have been investing in infrastructure and training to prepare. To support this, the state Department of Health Care Services authorized $20 million last fall. This year’s budget includes an additional $8 million to fund the call centers.

A bill going through the Legislature would raise additional funds for the program by attaching a fee to cell phone lines. Another federal bill would also bring in additional funding for the hotline and crisis services, if passed.

Jonathan Porteus, chief executive officer of Sacramento-based WellSpace Health, which runs a suicide prevention crisis hotline that serves much of the state, estimates that calls to his center may triple in coming months. As word spreads and more people seek help, he said he feels confident in his organization’s ability to take calls and texts.

But he worries about what comes after that. What happens if a suicidal caller requires immediate in-person mental health supports in a place that has none? What if they’re in a remote, rural location? Or snowbound?

“For the most part, resources are stretched very thinly,” he said. The state’s patchwork, county-level approach to mental health care will likely mean some counties can deliver quite a bit less than what the public is anticipating, said Michelle Doty Cabrera, executive director of the California Behavioral Health Directors Association.

“​​The bright side is that 988 is pushing us all to dream big about what could be and the possibilities,” she said.

The challenge is especially acute in rural counties that struggle to recruit mental health workers. Cabrera notes that in Mono County, in the Eastern Sierra, even the sheriff’s department closes between midnight and 6 a.m. How will such a sparsely populated, sprawling area find both the funding and staff needed to build out a full-scale, 24-7 crisis system?

Some, like Porteus, suggest a regional approach may help. But that strategy has limitations, too, says Phebe Bell, behavioral health director of Nevada County, which stretches from the foothills near Sacramento to the Nevada border. If her county is lumped together with other counties and the closest mobile crisis team is based 90 miles away, it will be hard for them to respond fast enough, she said.

“If we want that kind of system on the mental health side, it costs a lot of money and takes a lot of bodies,” she said. “And if we don’t, let’s be clear it’s not going to be the same everywhere.”

By contrast, in Los Angeles County, psychiatric mobile response teams are already in place between 8 a.m. and 2 a.m., said Connie Draxler, the acting chief deputy director of the county’s department of mental health.

In coming weeks, the county plans to contract with outside providers to fill in the remaining gaps in order to have a 24/7 mobile response system in place, she said. The extent to which the rest of the system can be built out depends, in part, on what funding streams come through.

Around the state, counties are keeping an eye on pending legislation that could help.

The bill that would add the fee in California, AB 988, was originally introduced last year by Democrat Assemblymember Rebecca Bauer-Kahan, who named the bill the Miles Hall Lifeline Act to honor a young man in her East Bay district who was killed by police while in a mental health crisis.

Last year, the bill faced opposition from the telecommunications industry and was tabled. Months of negotiations between industry representatives and the author and sponsor this spring ultimately led to a significant reduction in the fee cap — reducing it from 80 cents originally to 30 cents in the current  bill. The industry has now dropped its opposition.

Janus Norman, president of the California Cable and Telecommunications Association, said the companies he represents know the importance of improving mental health access.

“​​Honestly, again, we don’t operate in a vacuum,” he said. “My companies are made up of professionals that live in society and experience things. We deal with mental health issues amongst our employees. We see the impacts the pandemic has had in highlighting some of these concerns. If we can find a reasonable place to be part of a situation that is helpful, we want to do that.”

Bauer-Kahan says she’s been “amazed” by the unanimous bipartisan support this year for a bill she describes as a “labor of love.”

She emphasizes that the phone line is available for people of all ages, including children and teens in crisis.

Other states are watching California.

Stephanie Pasternak, director of state affairs for the National Alliance on Mental Illness, says passing the bill here “would be a really big boost” to similar efforts nationally.

But even if the cell phone fee passes, many mental health leaders in the state say the effort to truly transform the system is still in its very early stages. A state working group is supposed to come back to the Legislature in the next several months with a more concrete proposal about what comes next.

“In an ideal world, when 988 launched it would be full continuum ready to go,” said Tara Gamboa-Eastman, a senior advocate with the Sacramento-based Steinberg Institute, which sponsored AB 988.

While that isn’t the case, she said, she’s still optimistic about the direction the state is heading with responding to people in crisis. She hopes all counties will have an operational crisis response system by January 2029.

“In the long term, I do think that we are starting to see the pieces coming together,” she said.

For the record: This story has been revised to show that the California Council of Community Behavioral Health Agencies represents four of the state’s call centers.