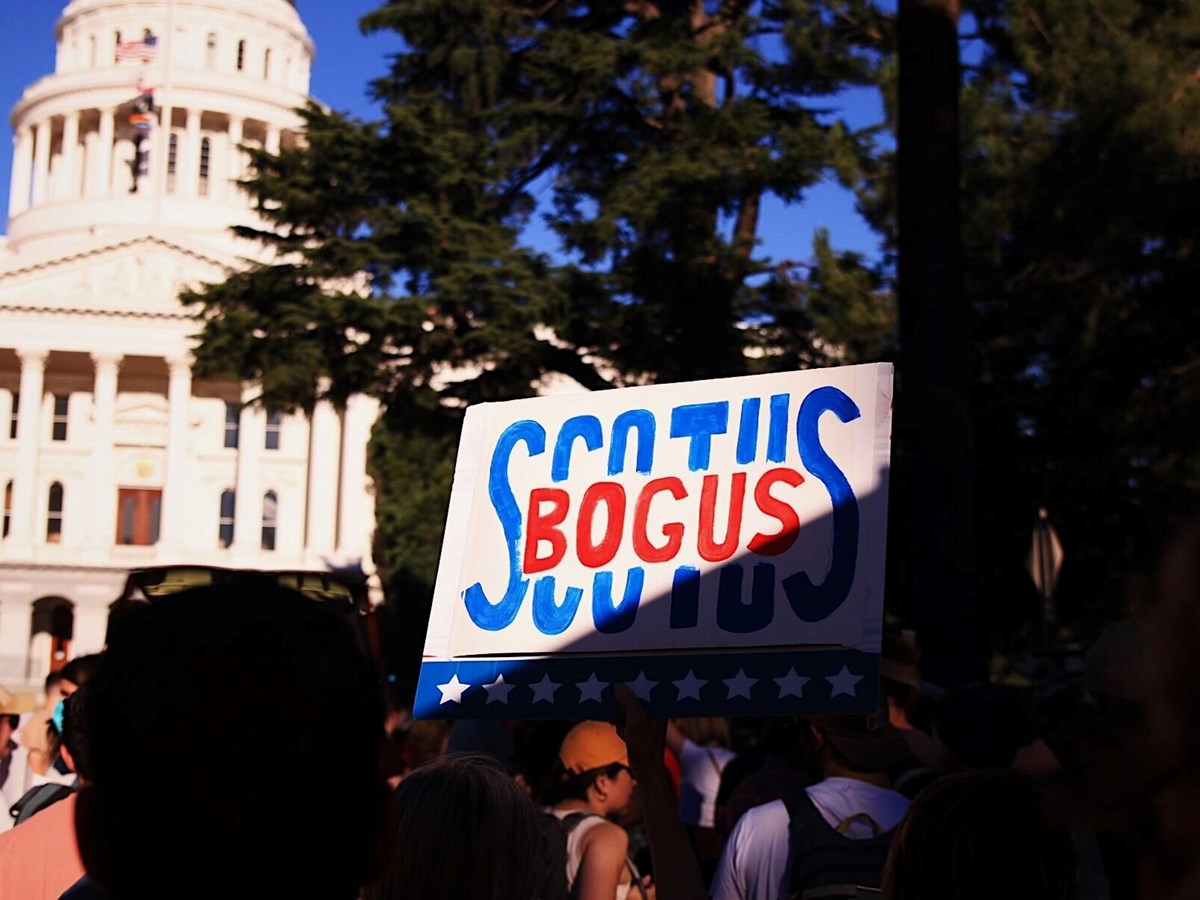 Dozens gather outside of the California state Capitol to protest the U.S. Supreme Court ruling to overturn Roe v. Wade on June 24, 2022.

In a historic and transformative decision Friday, the U.S. Supreme Court overturned the right for all Americans to access an abortion, instead returning the issue to states.

The decision was expected after a draft opinion was leaked in May showing the court intended to reverse the ruling in a case called Dobbs v. Jackson Women’s Health Organization.

California’s Democratic leaders decried the decision as a dangerous attack on the rights of women and others who will lose access to reproductive care. Governor Gavin Newsom signed a bill aimed at shielding doctors and patients who travel from other states for abortion care from potential legal action.

U.S. House Minority Leader Kevin McCarthy, a Republican from California, called it the most important anti-abortion ruling in American history.

"The right to life has been vindicated," McCarthy said. "The voiceless will finally have a voice. This great nation can now live up to its core principle, that all are created equal. Not born equal; created equal. Americans celebrate this historic victory."

While the ruling does not change abortion access in California, which has legal protections for it, advocates decried the decision and the implications it has for people across the country. 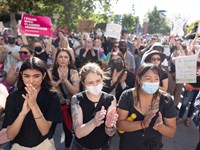 “I want to be crystal clear: abortion remains legal here in California and we are working to ensure that people—regardless of where they come from—can access abortion services with as much support and as few barriers as possible,” said Jodi Hicks, President and CEO of Planned Parenthood Affiliates of California. “To people across the country living in a state hostile to abortion: California is here for you. We will not turn people away, and we will find a way to support you so that you can get the care you need.”

“The decision is not making abortion unconstitutional. It's letting each state do their own thing on abortion,” said Mary Ziegler, a law professor at UC Davis and author of several books on the history of abortion since Roe v. Wade. “California would, of course, continue to make abortions available and protected.”

In at least 13 states, so-called “trigger laws” immediately banned or placed new restrictions on abortion when the Supreme Court decision was announced. Abortion providers in California are expecting a surge in new patients from those places who will be seeking reproductive care. The state will also be wading into new legal territory in the aftermath of the Dobbs decision by aiming to shield patients and doctors from being sued in other states.

The Supreme Court decision rolls back nearly 50 years of legal precedent and throws the country into uncertain territory in which the ability to access legal reproductive care depends on the state where a person lives. 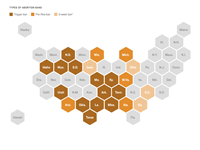 For months, California’s Democratic leaders have been preparing for this moment and the influx of patients expected from other states to receive abortion care in a legalized state.

Newsom and Democratic legislators have pledged to make California an “abortion sanctuary,” or a place people can come to receive safe and legal care.

On Friday, Newsom and the governors of Washington and Oregon announced a joint commitment to protect and expand reproductive rights along the west coast.

Senate President pro Tem Toni Atkins (D—San Diego) had a message for people in states where abortion is now illegal or heavily restricted.

"We are here for you and I know that the providers are going to do everything in their power to see that you get the assistance you need," Atkins said. “The Supreme Court has unleashed a seething fury felt by the majority of Americans who worry for the very lives of their daughters, their granddaughters and their loved ones.”

Lawmakers are considering a slate of bills intended to expand access to abortion, lower costs for patients and to shield patients and providers from legal liability. They are also moving an amendment to enshrine the legal right to an abortion in the state constitution, which is scheduled for a vote on the Assembly floor Monday. If approved by a two-thirds majority, it will go before voters in November.

Assembly member Cristina Garcia (D—Bell gardens), who leads the California Legislature’s Women’s Caucus, said in May that a ruling like this will ultimately hit the poor and people of color the hardest.

“Lack of access across the United States disproportionately affects communities of color, low-income communities, trans, and other marginalized communities,” she said. “This fight is not just about a person’s right to control their own destiny, but about ensuring our most vulnerable community members have equal access.”

Here are some of the proposals lawmakers have passed or are considering to expand abortion access in California:

SCA 10, authored by Senate President pro Tem Toni Atkins (D—San Diego) would add the right to reproductive freedom to the California Constitution. It would prohibit the state from “deny[ing] or interfere[ing] with an individual’s reproductive freedom in their most intimate decisions, which includes their fundamental right to choose to have an abortion and their fundamental right to choose or refuse contraceptives.” If the constitutional amendment receives approval from two-thirds of lawmakers in each chamber by June 30 it will go before voters in November. It has already passed the state Senate.

SB 1375, also by pro Tem Atkins, would allow trained nurse practitioners and midwives to perform first-trimester abortions without supervision from a physician. Atkins and advocates say this would increase access to abortion by allowing more health care professionals to provide the procedure. It has passed the state Senate and a committee in the state Assembly.

AB 1666 Assembly member Rebecca Bauer-Kahan is meant to shield abortion providers from liability or civil action in other states. Trigger laws in states including Texas and Missouri could have legal implications for patients and abortion providers, even if they travel to another state. Newsom signed the measure on Friday.

Ziegler says this is “highly unpredictable” new territory without much legal precedent.

“People have referred to slavery and fugitive slave laws, and I think that's probably the closest analog,” to states attempting to go after or shield people from providing or obtaining an abortion, she said. “There are not very many examples we can think of where states are trying to dictate what other states are doing in this way.”

But even in a state billing itself as an “abortion sanctuary” gaps remain: 40% of counties in California do not have an abortion clinic, according to a 2017 report by the Guttmacher Institute, an abortion-rights research organization. People living in those counties may have to travel long distances to receive reproductive care.