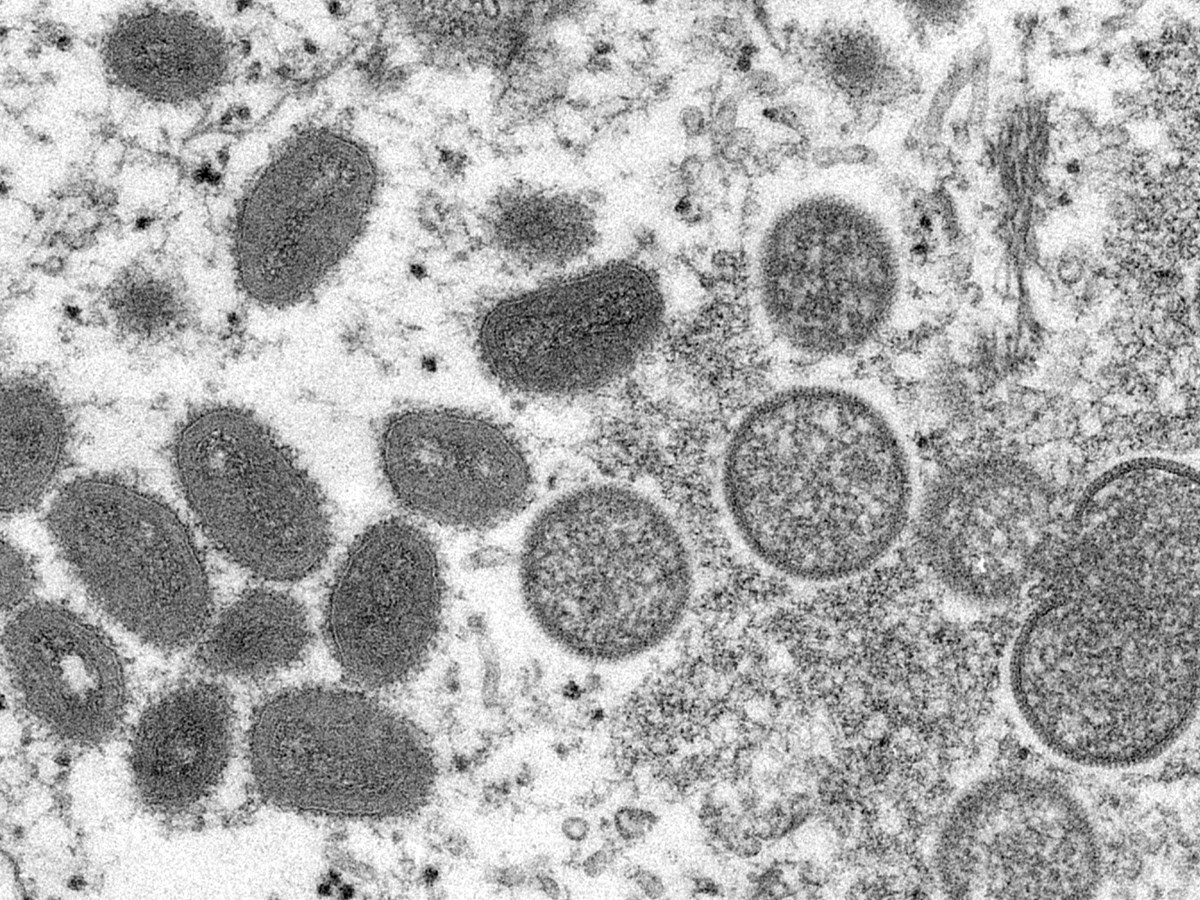 The monkeypox virus seen through an electron microscope.

A fifth possible monkeypox case has been identified in Sacramento County, though health officials say the cases are linked and that risk to the general public remains low.

The county announced its first possible case on May 24, which was later confirmed by the U.S. Centers for Disease Control. That case was the first reported in California during the recent outbreak that has sickened more than 900 people in 29 counties and 35 in the United States.

The announcement comes a day after officials announced a fourth possible case. While these most recent cases still need to be confirmed, Sacramento County Public Health Officer Dr. Olivia Kasirye said Monday that since the cases are linked through contract tracing it is likely to be monkeypox.

"The cases that we are investigating are epi-linked or they are connected. And so at this time, the risk to the general public is low," Kasirye said. "But people still do need to be aware of the existence, and so if anybody does happen to develop a disease that has lesions that may appear to look like monkeypox, that they need to contact the health care provider."

The first four patients have mild symptoms and are isolating at home. Officials did not provide an update to the newest patient's condition Tuesday.

Close contacts are being given a monkeypox vaccine, Kasirye said. Because monkeypox is only spread through close contact and not through respiration, like COVID-19, there isn't a need for the general public to be vaccinated, she said.

"All the individuals that we have identified as positive, we've been able to link. So we know that we can limit the vaccination to people that have been identified as contacts," she said. "The vaccine, we have to order it from the CDC and it comes through the state and then we request what we need from the state. It is not available at any pharmacy. "

Kasirye said the county will need to see three weeks without cases, one incubation period for the virus, before they can be confident the spread has stopped.

"So it will be at least three weeks of no additional cases before we can close this," she said.

Monkeypox is a disease that causes fever, rash and swollen lymph nodes. The lesions are similar to those caused by smallpox.

Despite the name monkeypox, it doesn't come from monkeys. The disease was first discovered in 1958 in colonies of monkeys kept for research, which led to the name.

Unlike COVID-19, monkeypox does not spread through the air, but only through "close contact with lesions, body fluids, respiratory droplets and contaminated materials such as bedding," according to the WHO. There is a vaccine available for monkeypox.

"There is no evidence, to date, that person-to-person transmission alone can sustain monkeypox infections in the human population," a WHO factsheet reads.

While the disease most often occurs in central and west Africa, cases and outbreaks have happened throughout the world, including one in the midwestern U.S. in 2003.